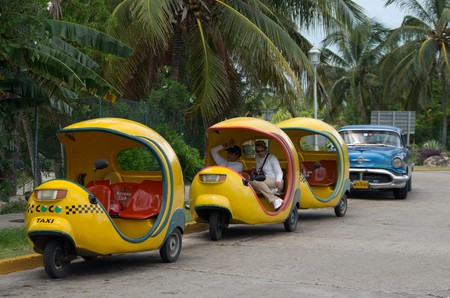 Blue skies and sunny days are pretty consistent in Cuba, and unless you are unlucky enough to have your share of good weather ruined by a hurricane, you’ll probably want to enjoy all that tropical warmth and light directly on your face. Besides the obvious option of simply walking around, here’s a few rides and tours to help acquaint you with the city.

Three lines of red double-deckers connect the main city sights from 9am to 9pm. Tickets are valid all day for the fleet, so you can hop on, hop off, explore, and get back on again.

The bus circuit covers the northwestern, central and northeastern parts of the city. If you care about spatial orientation, these rides are a good way to start your exploration of Havana while getting a general idea of the size and distribution of the city’s main areas. 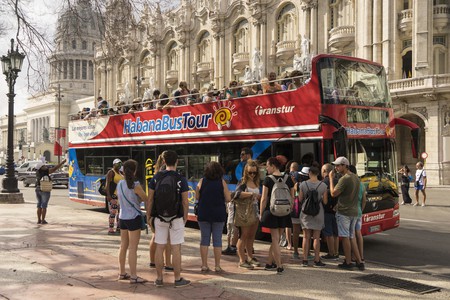 Rides in vintage convertibles have become so popular among tourists in Havana that some owners of other types of old American cars have started to remove the permanent metal rooftop of their non-convertible models so they can rent them out and get a piece of the action.

You’ll have a good variety of brands to chose from: Chevrolet, Buick, Ford, Cadillac, Dodge, Oldsmobile, Chrysler, Plymouth and Mercury, among others.

Rides can be booked online in advance, which is especially recommended if you are travelling as part of a group looking to rent more than one car. Some of the companies offering online reservations are NostalgiCar, and OldCarTours.

However, it’s not too difficult to hire one of these cars on the spot. Two of the main gathering points for convertibles are Revolution Square, and Parque Central. 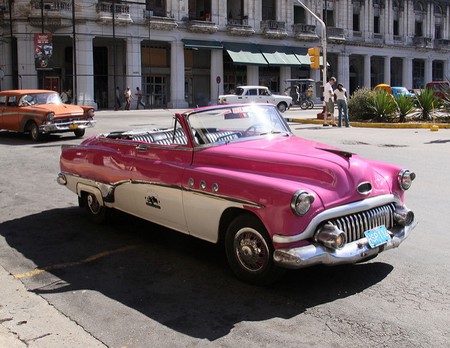 Havana is not a bicycle-friendly city, and unless you are very confident about your riding skills you shouldn’t ride around by yourself, mainly because the driving style of Cuban car and truck drivers can be quite dangerous for cyclists.

Cycling groups are safer though, especially in the company of guides, and riding around is a way to see more of the city in less time.

A few businesses offer tour options, including the possibility to rent bicycles and safety gear. You can book online with some of the main providers, like RutaBikes or KeyLargoBike. 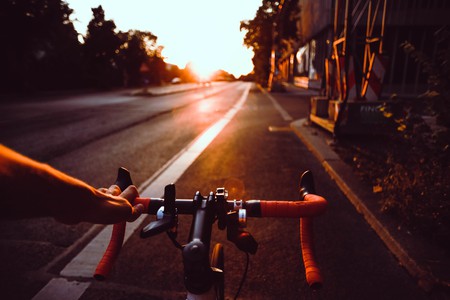 If you want to get really colonial as you tour the city’s old quarter, you can hire a horse-drawn carriage. The original form of transportation in Old Havana, they are more compatible with its narrow streets and cobblestones.

Rides go from 1 hour to 4 hours, with carriages departing from different points. For an extra CUC$10, you can choose to be picked up at your own place. The tours cover Old Havana, Central Havana, some relatively newer parts of the city, and combinations of these three areas. 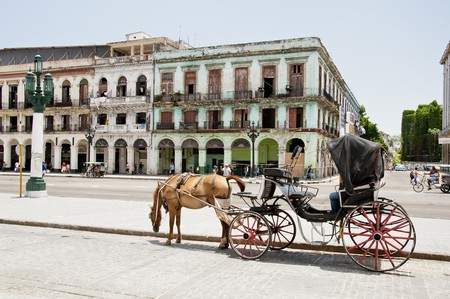 This is a less common option because there’s only one company offering these rides. La Poderosa Tours takes groups of up to 10 people on trips that go beyond the limits of Havana. Tours last from 5 to 9 days, depending on the number of cities you want to see, and they go all the way to the centre of the country, as far as Santa Clara.

These funny-looking bikes imitating the shape of coconuts are a convenient form of transportation in Havana, especially in the old quarter where streets are narrower. They can be found almost everywhere in the tourist areas. Flag them down as you would with a normal taxi, but be careful to agree a price with the driver before you get in. They are also a fun option if you are travelling in a group and want to hire a small fleet. 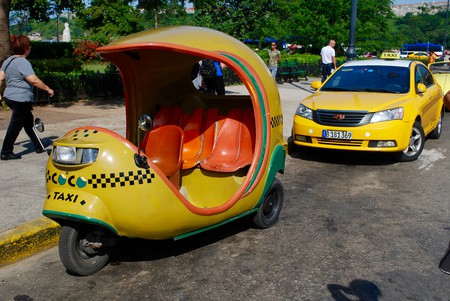 A coco taxi in Havana | © Laura LaRose/Flickr
Give us feedback