Top 10 Things to See and Do on the Malecón, Havana 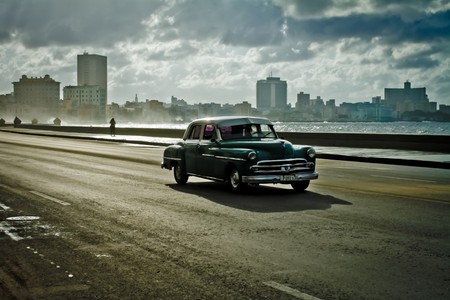 The Malecón—referring to the six-lane avenue, the ample sidewalk, and the seawall separating Havana from the ocean—is an unquestionable symbol of the city. As well as a place for people to sit and dream, it has been an inspiration to musicians, painters, photographers, and poets. Extending over five miles from the La Punta fortress to the mouth of the Almendares River, it offers visitors all kinds of things to see and do.

Walk from one end to the other

There are rides that cover the Malecón from end to end and give visitors a good outlook of the area, but for those planning to take pictures, the best option is to take the five-mile (eight-kilometer) walk. All kinds of buildings and parks along the Malecón, not to mention the scenery of the seawall and the ocean, make for great photo opportunities. The best time to do this is in the early morning or late afternoon (especially if you care about good light for taking pictures). 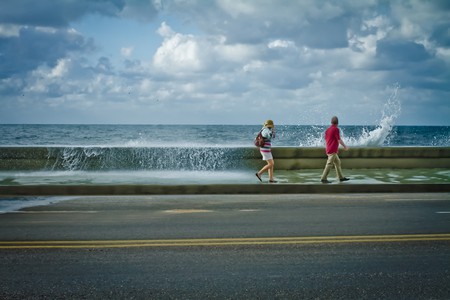 Hang out near 23rd Street at night

The intersection of Malecón and 23rd Street is a common gathering area. Around the fountain that flows down from the National Hotel, this spot is especially popular among locals, who spend a couple of hours or more sitting on the seawall enjoying the breeze and view. From teenagers to people in their fifties and sixties, couples like to come here to spend time together. Groups of friends spend the evening there also, passing around a bottle of rum and playing music. 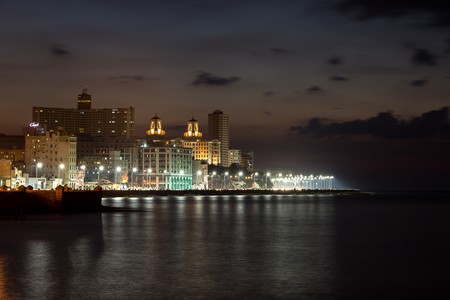 Take selfies with the Morro Lighthouse in the background

One of the main icons of the city, the lighthouse at El Morro Castle is one of those picture backgrounds that screams “I’m in Havana!” Installed in 1895, the lighthouse sits at the entrance of the Havana Bay. Though on the other side of the bay, the La Punta fortress—another Spanish structure that was part of Havana’s defense system in colonial times—provides a perfect view. 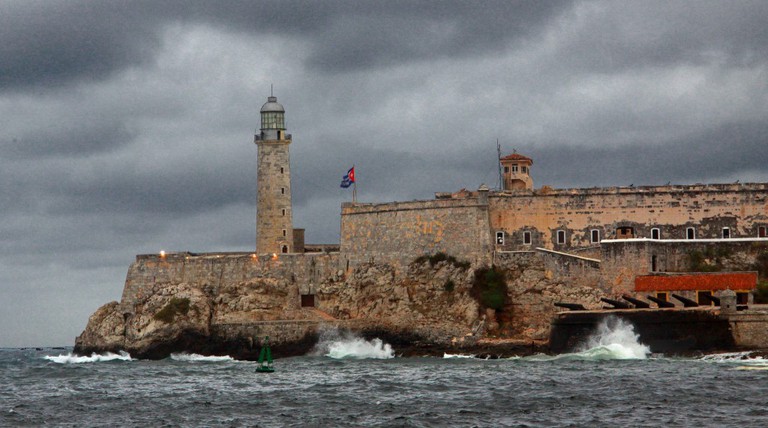 See the monument to the victims of the USS Maine

In 1925, a monument was erected in memory of the victims of the explosion of the USS Maine in the Havana Harbor in 1898—the incident that led the United States to take part in the Cuban War of Independence against Spain, resulting in the Spanish–American War. The monument used to be crowned with an eagle with extended wings until 1961, when tensions between Cuba and the U.S. escalated, and the eagle (seen on the island as a symbol of imperialism) was taken down by a mob. 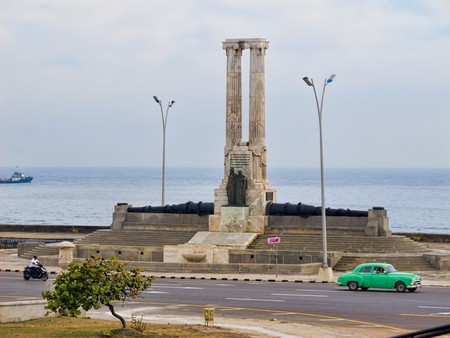 The José Martí Tribuna Antiimperialista (Anti-Imperialist Platform) is a large square built right across from the U.S. Embassy (U.S. Interests Section when the platform was built in 1999), where concerts, rallies, and other events are held. Shape like a torch with flames pointing in the direction of the embassy, the square (which has the capacity for approximately 100,000 people) is decorated with steel structures resembling arcs and palm trees that represent Cuban identity and unity. A statue of José Martí protecting a child in his arms is one of the central features of the platform. 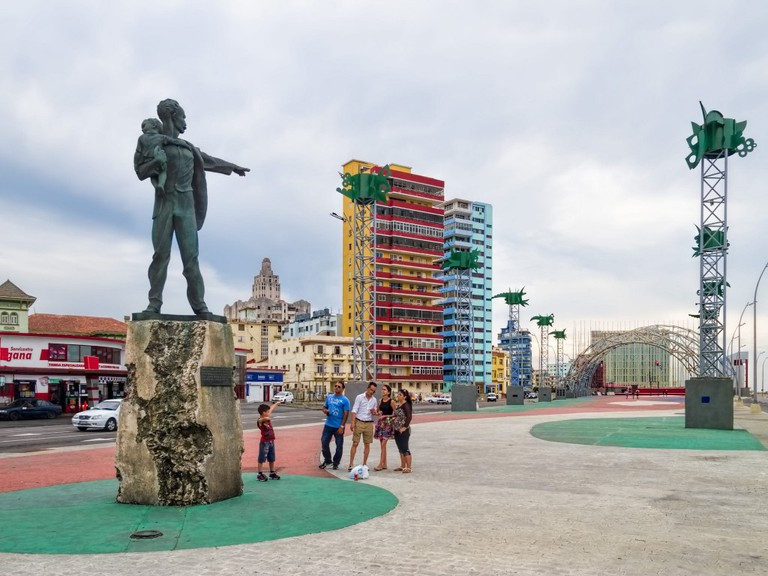 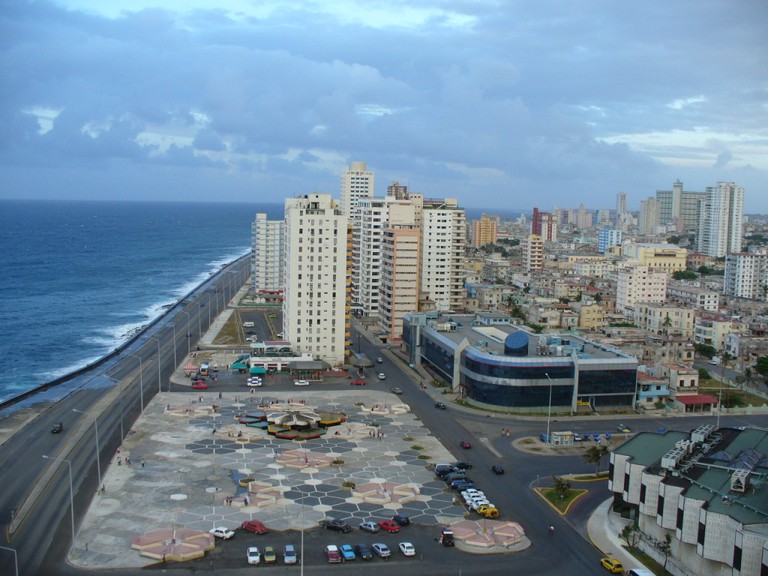 View of the Malecón from the Riviera Hotel | © Leandro Neuman Ciuffo / Flickr
View Rooms
The Riviera Hotel, originally belonging to Meyer Lansky, had a short life as a casino-hotel from 1957 to 1959, when the Cuban Revolution put an end to gambling and U.S.-owned businesses in Cuba. Some of the features that made of it one of the greatest hotels of its time are still visible, including the casino’s elliptical shape and tiled roof.
More info

Have a drink at a bar of your choice

There are plenty of bars along the Malecón that, in addition to beautiful views of the ocean, offer traditional Cuban cocktails and all kinds of drinks. El Litoral, La Abadia, and Nazdarovie have great views of the sea. Although not directly on the Malecón, other places only one block away also overlooking the ocean, like Casa Abel (a restaurant/cigar bar), and 3D Café. 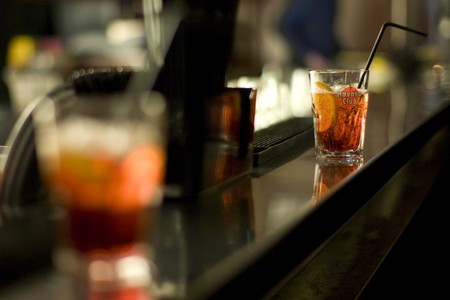 The Malecón is a perfect track for a five-mile jogging or speed-walking challenge—that you may, of course, only partially cover. It’s also not uncommon for people to lie on the seawall to tan or sleep (although be warned that if you look like a foreigner, people will interrupt you to sell something or to play music for you. If you have the gear, you can also fish alongside many others standing on the wall hoping to catch something. 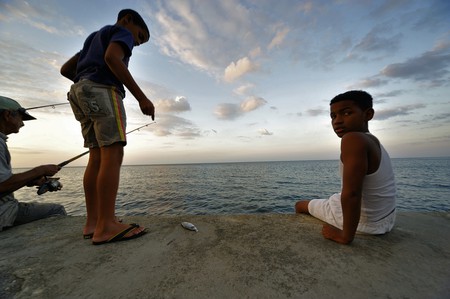 People of all ages fish in the Malecon | © Ariel Arias / Flickr

Enjoy the show put on by improvised divers

Although this does not happen all the time, a common form of entertainment for kids in Old Havana and Central Havana is to jump into the sea from the seawall. Those lucky enough to come across one of these shows will be amazed by the divers’ skills. Groups of friends will take turns to show off acrobatic jumps into the ocean. 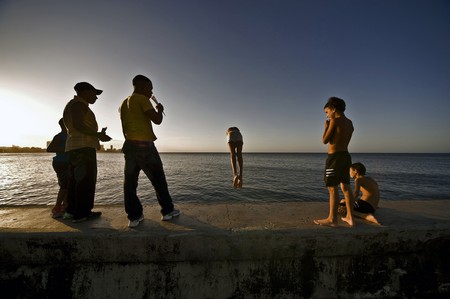 See the sunset sitting on the seawall

Don’t miss the chance to enjoy a Cuban sunset sitting on the seawall. Like in any seaside city, this is tradition in Havana. Depending on the weather, you might see the sun “sinking” into the horizon, and some locals will tell you that if you don’t take your eyes off the shiny circle, you may hear the roaring noise that it makes when it disappears in the ocean. 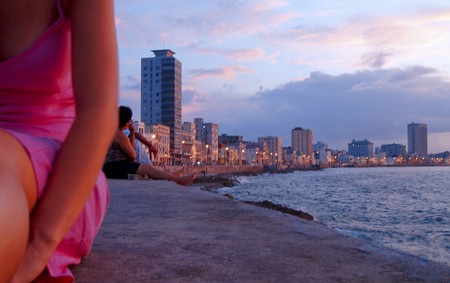