Top 10 Things To Do And See In Cuba 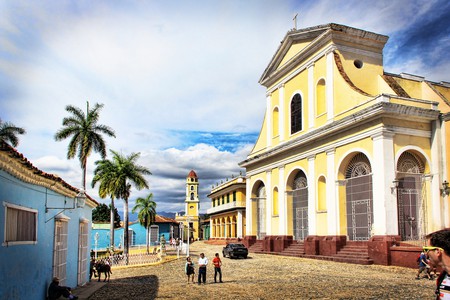 Cuba is famous for its diverse natural beauty and iconic Spanish colonial architecture. Much of the country’s history is well preserved in its cities, but even behind dilapidated exteriors is a culture bursting with life. We’ve collected a list of the top ten things to see and do in this one-of-a-kind country.

Remedios is a small town filled with Spanish colonial architecture that, unlike other areas of Cuba, is not overrun with tourists. The peaceful city was founded in 1513 and reportedly has the oldest bar in Cuba, El Louvre. New boutique hotels and colonial casas particulares, private homestays similar to bed and breakfasts, are starting to open making Remedios a great home base for exploring the country’s northern islets, or cayos. Expect more authenticity and rustic charm in Remedios than other popular cities. On Christmas Eve, the city has a huge fireworks celebration called Las Parrandas. 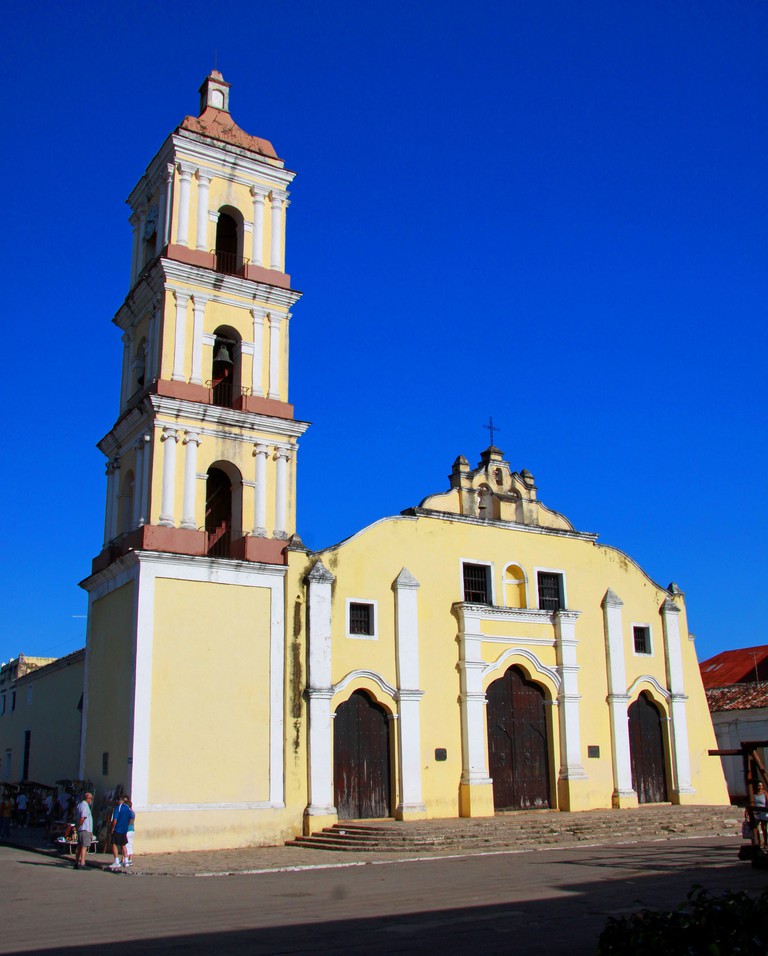 This large valley is wedged between the mountains of the Sierra de los Órganos, and can be explored on foot or by bike. In 1979, the breathtaking valley was recognized as a national monument, and in 1999, it gained the title of a UNESCO World Heritage Site. Full of lofty pine tree forests, bulging limestone cliffs, and pastoral tobacco plantations, the valley is home to traditional Cuban farms and villages. Visitors can find places to rock climb, hike, horseback ride, or just wander through the peaceful towns. The Valle de Viñales is located on the western side of the island not far from idyllic beaches like Cayo Jutias. 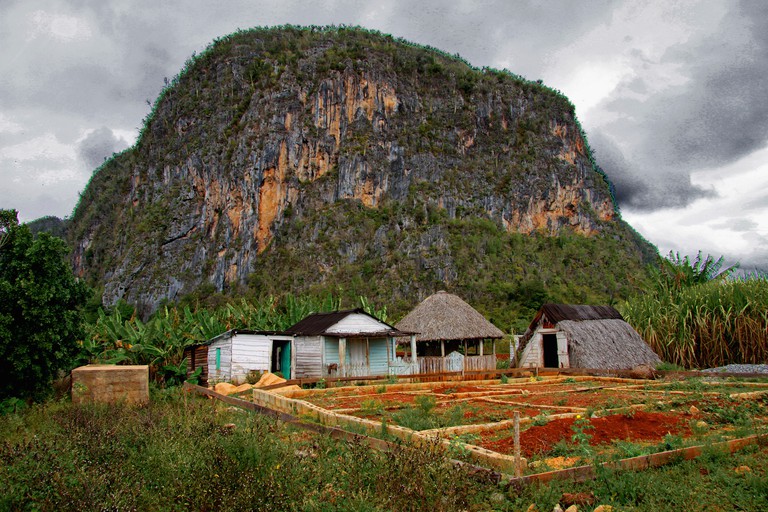 Party on the Malecón

The Malecón is a quintessential Cuban spot where visitors will find something to do at all hours of the day and night. The five-mile strip of eclectic architecture and Atlantic views is a popular meeting spot in Havana. By day, the area is alive with tourists, and by night, local musicians and street vendors take to the streets. Watch out for crashing waves against the seawall while you enjoy an evening of dancing and rum. 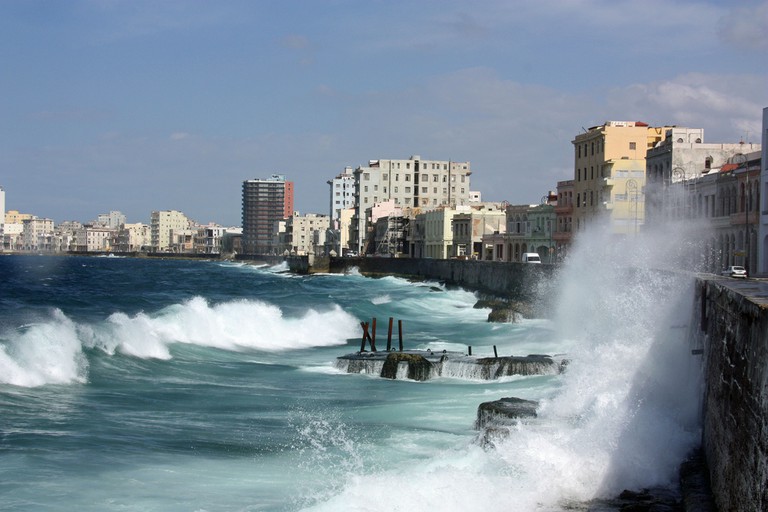 Marvel at the El Nicho Waterfalls

Far off the main road between Cienfuegos and Trinidad are the flowing waters of the El Nicho falls. Surrounded by dense jungle and wildlife, the translucent water of the falls are a soothing sight after the bustle of Cuba’s cities. If you’re lucky, you might even spot the tocororo, Cuba’s national bird with red, blue, and white feathers. Relax in the view of the crashing falls from the Río Hanabanilla and take a swim in the cool, emerald waters of the nearby lagoons. 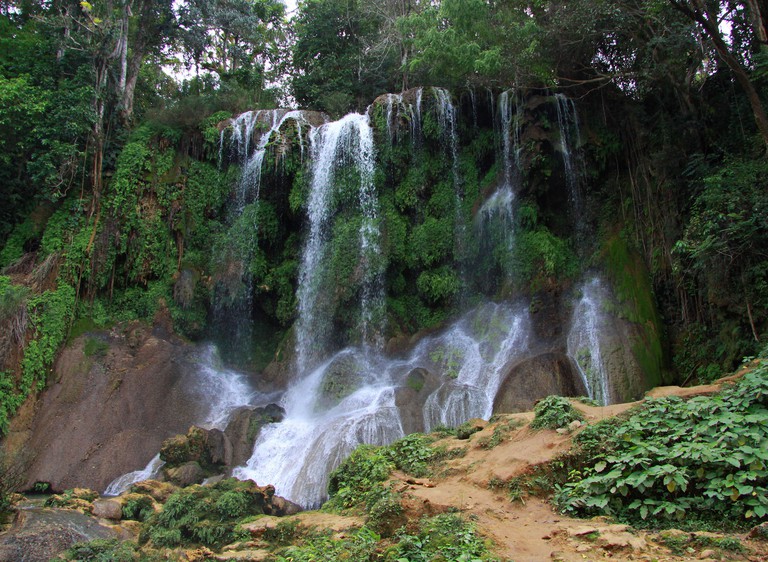 Trinidad is a hopping tourist city that you shouldn’t miss while visiting Cuba. The well-preserved former Spanish colonial city is a UNESCO World Heritage Site where it looks like time has stood still. Explore the winding roads to find the city’s many museums and galleries, and to view the vibrant color of the colonial buildings. The music of street performers fills the cobblestone streets and drifts into Trinidad’s charming restaurants. 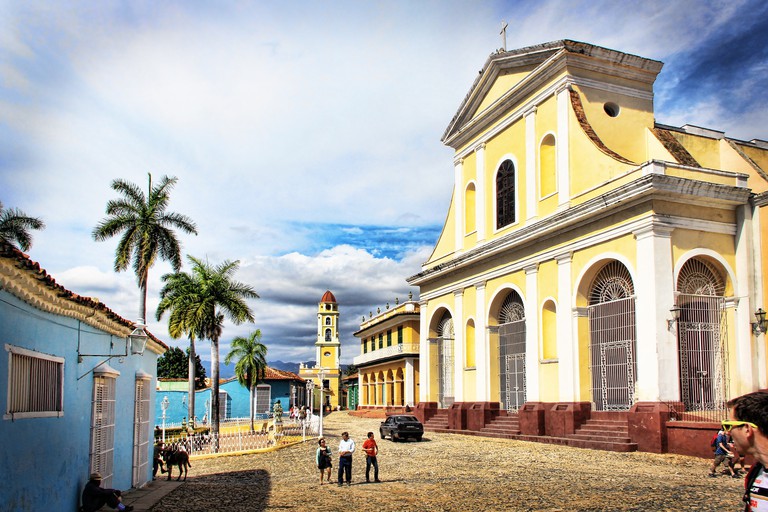 Try a sampling of Caribbean cuisine with the cheap, quick, and delicious options from Cuba’s street vendors. Try a grilled pork patty topped with a pineapple ring or cream cheese and strawberry marmalade for a filling meal on the go. For a dish that you’ll need to sit down to enjoy, try the popular meal of tender goat meat served with white rice and black beans and a side of yucca and salad. Guava milkshakes make the perfect mid-day pick-me-up, and a freshly made coconut pie will never go amiss. 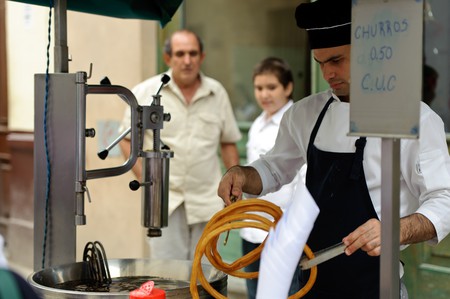 Located about an hour from Trinidad, Guanayara Park is a sub-tropical wonderland of lush plant life, tranquil pools of clear turquoise water, and varied wildlife. Located in Gran Parque Natural Topes de Collantes, you’ll be able to take a guided tour through the rolling hills and cool, dark caves to learn about the native plants like banana trees, wildflowers, bamboo, and more. Guides will also help to point out the many birds and other critters that live in the park, like the tocororo. 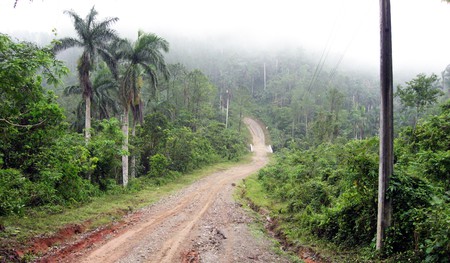 Cuba is world-renowned for its numerous festivals throughout the year, including well-known events like the Festival Internacional del Nuevo Cine Latinoamericano (a ten-day Latin American film festival) or the main carnival. But there are also plenty of smaller affairs that are just as much fun to attend, including a ballet festival, a salsa festival, a jazz festival, book fairs, and other celebrations of Afro-Cuban culture. Don’t miss out on these fun events filled with dramatic parades, elaborate costumes, and live music. 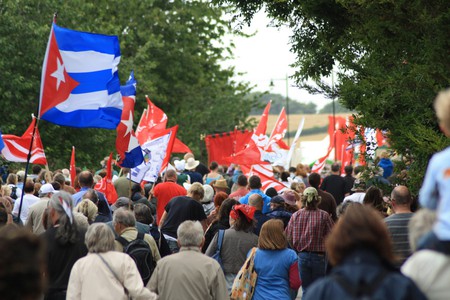 People watch on the Plaza Vieja

The Plaza Vieja, which translates to ‘old square,’ is a must-see area in Old Havana. The plaza became an open space in 1559, and historically it was used for many types of events from bullfights to fiestas to executions. Now the square is home to museums, galleries, bright pastel buildings, and charming cafés. Take a seat in one of the outdoor cafés and spend a relaxing afternoon sipping a mojito and taking in the years of culture and history. 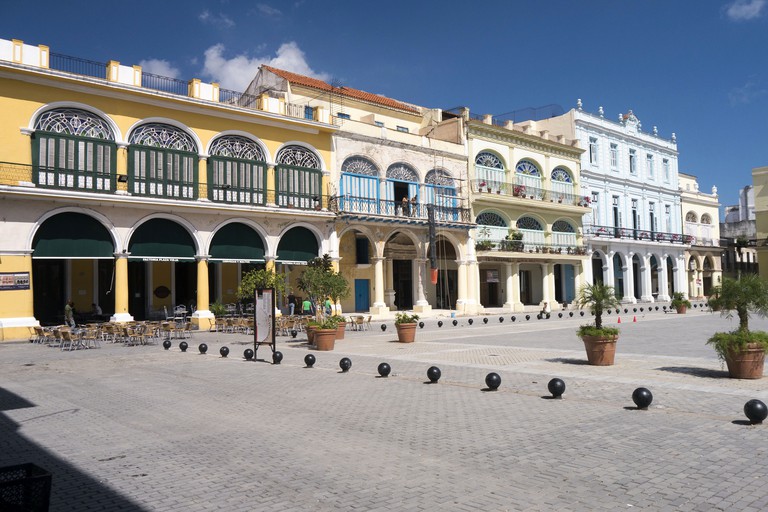 Castillo de San Pedro de la Roca, also known as Castillo del Morro, is a 17th-century fortress just southwest of the center of Santiago de Cuba. Built to protect the important port city of Santiago, the massive structure overlooks the sparkling water on the south coast of Cuba. The fortress became a UNESCO World Heritage Site in 1997 when it was recognized as the best-preserved and most complete example of Spanish-American military architecture. 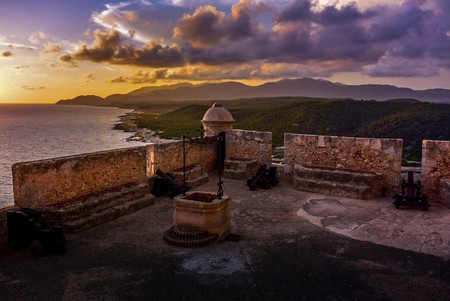