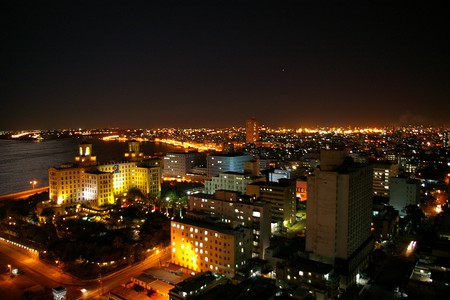 Founded in 1515, Havana started as a small settlement of Spanish colonists on the northern coast of Cuba, expanding around the Havana harbor, gradually creating new neighborhoods. Today, these neighborhoods form a heterogeneous mosaic of Havana, with noticeable differences in architecture, urban and economic development, and even culture and community life.

The original city center, this is the part of Habana Vieja (Old Havana) is close to the bay. Original baroque and neoclassic buildings flank its narrow cobblestone streets, including important landmarks like the City Museum (formerly the governor’s residence), the Havana Cathedral, La Fuerza Fortress, and El Templete (where the holy tree commemorating the city’s foundation stands).

One of the busiest centers in the city, this part of Old Havana is prolific in museums, bars, restaurants, and all kinds of food stands. There are also many accommodation options, from casa particular (houses for rent) to boutique hotels to more traditional establishments like Hotel Ambos Mundos, renowned as the place where Ernest Hemingway lived before buying a house in Havana.

As a highly touristy area, it can be more expensive, but it’s also a worthwhile place to visit for Cuban culture: costumed street performers entertain visitors, local artists display their work at their shops, and there are also several art galleries and small theaters. 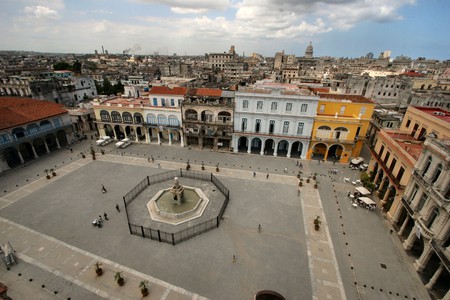 The newest part of Old Havana, Prado extends along Paseo del Prado Street, which features buildings from the first half of the 20th century. At this point, Old Havana turns into Centro Habana and signs of normal Cuban life become visible: more traffic, more households, and more of the establishments that make regular life possible—agromercados (farmer’s markets), parking lots, bus stops, and supermarkets.

A good orientation point is the Capitol Building, near other local attractions like the Parque Central, the Bacardi Building (one of the most beautiful examples of Art Deco architecture in Latin America) and the National Museum of Fine Arts. The Martí Theater is also found here, as well as the Grand Theater of Havana, home to the Cuban National Ballet and the place where U.S. President Barack Obama made his public address during his historic visit to Havana in 2016.

The promenade that divides Prado Street is a meeting point for skateboarders, artists, knitting clubs, and arts and crafts sellers. It is also used by local schools for physical education classes. 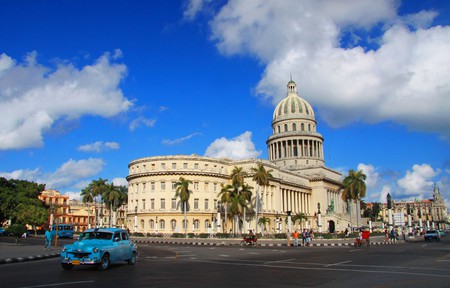 The stretch of 23rd Street extending from L Street to Malecón, La Rampa is the heart of Vedado, the area that replaced Old Havana as the city center. Several nearby hotels—Habana Libre, Capri, Hotel Nacional, Saint Jones, Vedado, Colina—attract tourists, who in turn attract a great deal of businesses (mainly nightclubs, restaurants, and souvenir stores) to the area. The area also receives University of Havana students, moviegoers, and people from all corners of the city who will get in line for hours at famed local ice cream parlor Coppelia.

The area near La Rampa’s end is one of the busiest parts of Malecón, where people get together to enjoy the ocean breeze, have drinks, sing along with street musicians, or make out in public. 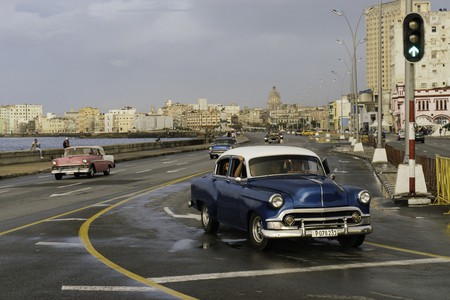 El Vedado begins along 23rd street immediately after La Rampa. Most of its urban design, with beautiful houses and apartment buildings distributed in a grid formed by ample streets and 6.2-mile-long (100-meter) blocks, date back to the first half of the 20th century. It’s a great place to rent a casa particular. Explore local sights—including the gorgeous Colon Cemetery—during the day on foot, and spend nights out in La Rampa, which is within walking distance (although El Vedado doesn’t lack bars, restaurants, and nightclubs either).

Nuevo Vedado—not to be confused with adjoining El Vedado—features bourgeois houses and apartments from the ’40s and ’50s as well as Soviet-style, working-class prefabricated buildings from after 1959. Although there are a few bars and restaurants in the area, it is not a tourist center, so visitors should travel to Vedado or Old Havana for more options. Served by a good transportation network and with better supplied farmers’ markets, it’s a good area for longer stays (if traveling for work or to study), but short pleasure trips may feel too far away from the action. 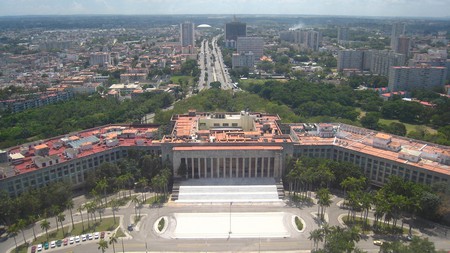 Home to most diplomats, embassies, moneyed foreigners, and high-ranking Cuban officials, Miramar is a posh neighborhood on the northwestern part of the city. Some of the newest hotels, like the Melia Habana, Occidental Miramar, and Panorama, are found there. Quinta Avenida (Fifth Avenue) is the main street, and the neighborhood’s iconic clock stands on the intersection with 10th Street. The Russian Embassy, the Jesus de Miramar Church, the National Aquarium, and the Karl Marx Theatre are other local attractions. 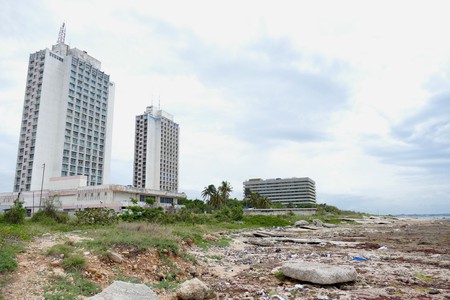 Cayo Hueso is a working-class neighborhood in Centro Habana, near Vedado and the University of Havana. It stands out as a place where Cuban culture, especially it African-influenced elements, have flourished. Callejón de Hamel (Hamel’s Alley) is very popular among tourists as one of the places where it’s possible to enjoy African-Cuban art, from colorful murals by painter Salvador Gonzalez to rumba music and dance by local troupes. Renowned Cuban musicians have lived in the area, including BVSC’s Omara Portuondo. Many other ongoing cultural projects are part of community programs. 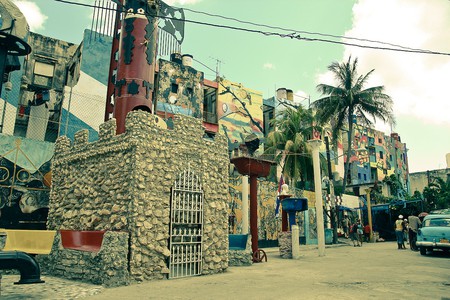 Built in 1991 for the 11th Pan-American Games held in Cuba, Villa Panamericana is a peculiar neighborhood in Havana, one of the few built from scratch after 1959. It first served as the village that hosted the games’ athletes. When the event was over, the apartments were given to Cuban families, some of which had taken part in the construction works. Sports are therefore very relevant to the local culture, and it’s common to see all kinds of athletes training in the area, partly because to its proximity to the stadiums built for the games. Villa Panamericana is also near Cojimar, a fishing community on the northern coast renowned as the place that inspired Hemingway’s The Old Man and the Sea.

Casablanca’s charm doesn’t lie within the neighborhood itself so much as the experience of getting there by ferry. On the opposite end of Havana Bay, it can be reached by car, but the ferry allows an opportunity to see the bay and the harbor from a different perspective. A tall hill, crowned by a white statue of Jesus Christ, offers wonderful views of Havana, and a local train station serves as gateway to Hershey, a community built around the Hershey Sugar Mill in Santa Cruz del Norte.

This beach community is located in one of the most popular beaches among Cubans: Guanabo. Cubans love to go there to spend the day swimming, playing games, drinking, dancing and listening to loud music. A large number of beach properties are available for short-term rent also, and many Cuban families like to at least a weekend a year with their loved ones in a beach house. It’s therefore a family-friendly area but with numerous bars, fast food restaurants, and a typical, casual beach dress code. 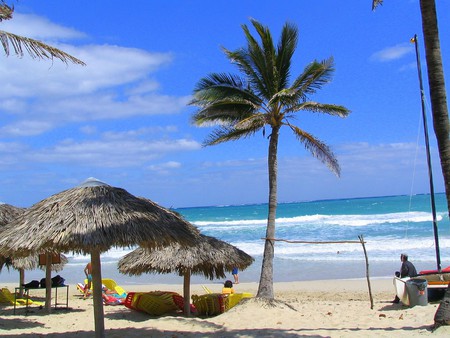