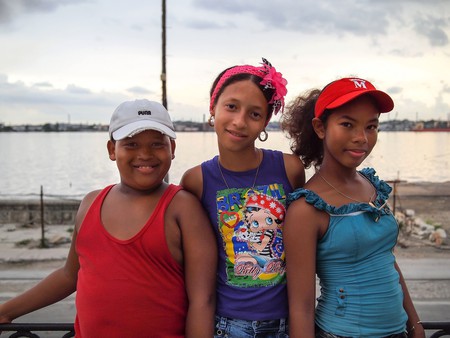 I hadn’t been in Cuba more than an hour when I got my first lesson on the importance of acceptance.

Emerging at the arrivals terminal, sticky in my New York winter uniform of jeans and a cashmere jumper, I scanned the handwritten pick-up signs until I located my driver—a handsome but serious guy who was as uncomfortable speaking English as I am conversing in Spanish.

His car, like most of the vehicles here, belonged at a vintage convention—an old black and white Chevrolet with a tinny sound system and no seat belts. We left Havana airport with the windows wound all the way down, hair swishing in the wind and reggaeton blasting at an antisocial volume. But even over the decibels, a strange clunking was audible, and five minutes later we were slowing down and pulling over to the side of the freeway. 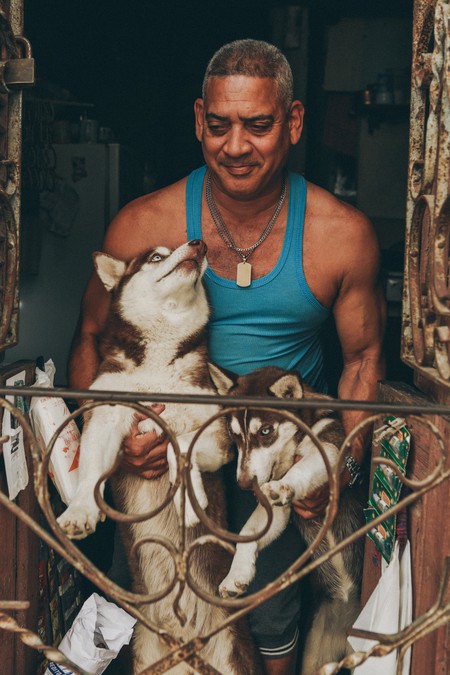 Our driver hauled tools from the depths of the trunk, and tinkered with the underside of the car. Dabbing his brow with a bandana from his jeans pocket, he shrugged. Unfortunately, it wasn’t a simple fix, but not to worry—we would drive slowly to his friend’s place in Havana city and borrow a different car. No es fácil, as they say on the island—“it’s not easy.”

Cubans are adept at letting frustrations roll off them. Here, unforeseen circumstances are a daily inevitability, and they’re accepted as such, with a casual eye roll.

One of the downsides of communism is that many public services don’t operate effectively. With no opportunity to progress, no annual performance reviews, and no monetary incentives like raises or bonuses for doing their role well, government employees understandably lack motivation. As a result things break down, run late and run out on a daily basis. 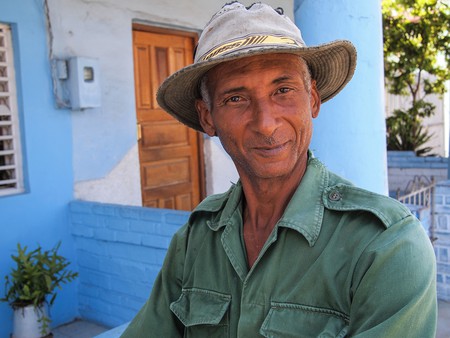 “What happens is that you just don’t get to deal with the problem, because it’s out of your hands. You have to do the best you can with what you have,” says Rosbel Alpi Garcia, a government art critic and graphic designer, who also works as a tour guide. “We’ve been having those situations since we were born, so by the time we turn 20 we already know how to deal with those things. Which is why we say ‘no es fácil’ and we just move on. That’s it, that’s how it works.”

As a foreigner visiting Cuba for the first time, with ingrained first-world norms, the unpredictability of the country can be confusing at best, infuriating at worst. But if you learn to take things in stride the way the Cubans do, not only will your trip be more enjoyable, you might bring home a more laid-back mindset as a souvenir.

Christine Dahdouh, a Canadian living in Havana, hosts a new group of guests virtually every week at Mhai Yoga, the retreat center she co-founded with maestro de yoga, Eduardo Pimentel, in 2011. Over time, acceptance became the focus of her first-night induction speech, as a way to manage expectations while providing insight into Cuban attitudes and their cultural context. 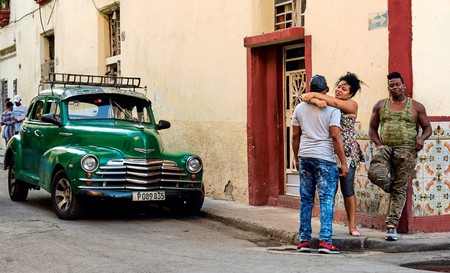 “[Cubans] are some of the happiest people I’ve ever met,” Dahdouh says. “And I believe it’s down to this philosophy of acceptance. There’s just this contentment to them, and an essence of enjoying the moment. And so I always ask our guests—when a situation presents itself, how are you going to accept it?”

Cuba has no sympathy for type-A personalities. On one particular week, she recalls, the retreat center lost power—which happens fairly frequently, especially during storms. The guests, who wanted to shower and go about their evenings unimpeded, were vocal about how inconvenient this situation was for them—complaining in corners and anxiously awaiting an end to this perceived ordeal. Her team, on the other hand, she found outside—lying in the grass, using the blackout as an opportunity for star gazing.

“We have a ‘just fix it’ attitude in North America. Like ‘sure, explain to me all the reasons it’s broken, but then just fix it’, where as here they kind of know that it’s not going to get fixed,” she explains. “There are so many things people have to accept here, so they just go into their liberties—dancing, the arts, sensuality—and they enjoy it. When people complain about first world problems it takes me aback.”

It’s like that saying: you can’t control what happens to you, but you can control how you respond to it. There’s a sense of relief in accepting that you’re not always the master of your circumstances, so do as the Cubans do: embrace unpredictability, go with the flow, and if there’s not an obvious resolution or an easy fix, instigate a spontaneous dance party instead.