The Top 8 Bars With Live Music in Old Havana, Cuba

Cuban Mojito | © Wine Dharma / Flickr
Traditional Cuban music bands give bars in Old Havana a special feel. The food and the service may not be very good in some of these establishments, especially the state-run ones, but the music is so good that you won’t have time to pay attention to those minor inconveniences. The tunes of Buena Vista Social Club and other traditional songs are the perfect soundtrack for enjoying a drink while contemplating the eclectic landscape of the old quarter, and the musicians performing at these bars will give you exactly that.

Too loud for some, amazingly fun for others, the bands playing at La Dichosa are really something. You can hear their music from more than one block away, and if you decide to stop and have a look inside, it’s hard not to be overtaken by so much energy. This bar is a tiny spot on the corner of Obispo and Compostela, with all the typical furniture and decorations that you would expect to find in Old Havana.

Restaurant, Cuban, Caribbean
Santo Angel on the corner in the background, Old Square | © Stephen Colebourne / Flickr
At a superb location in Old Square (Plaza Vieja), Santo Angel is a restaurant divided into different service areas, including a bar called Don Gaspar. This colonial building has an ample porch that accommodates a big band of traditional Cuban music that performs daily. It’s a great place to have a drink while taking in the atmosphere of one of the busiest centers in the old quarter.
More Info
Open In Google Maps
Havana, Cuba
View menu
Visit website
Visit Facebook page
Send an Email
Give us feedback

Also in Old Square, Cafe Taberna is a bar offering live music performances by traditional Cuban music bands. The decoration of the place pays tribute to Benny More, one of Cuba’s most famous singers in the 1940s, and some of the bands performing will have more than one of his songs in their repertoire. 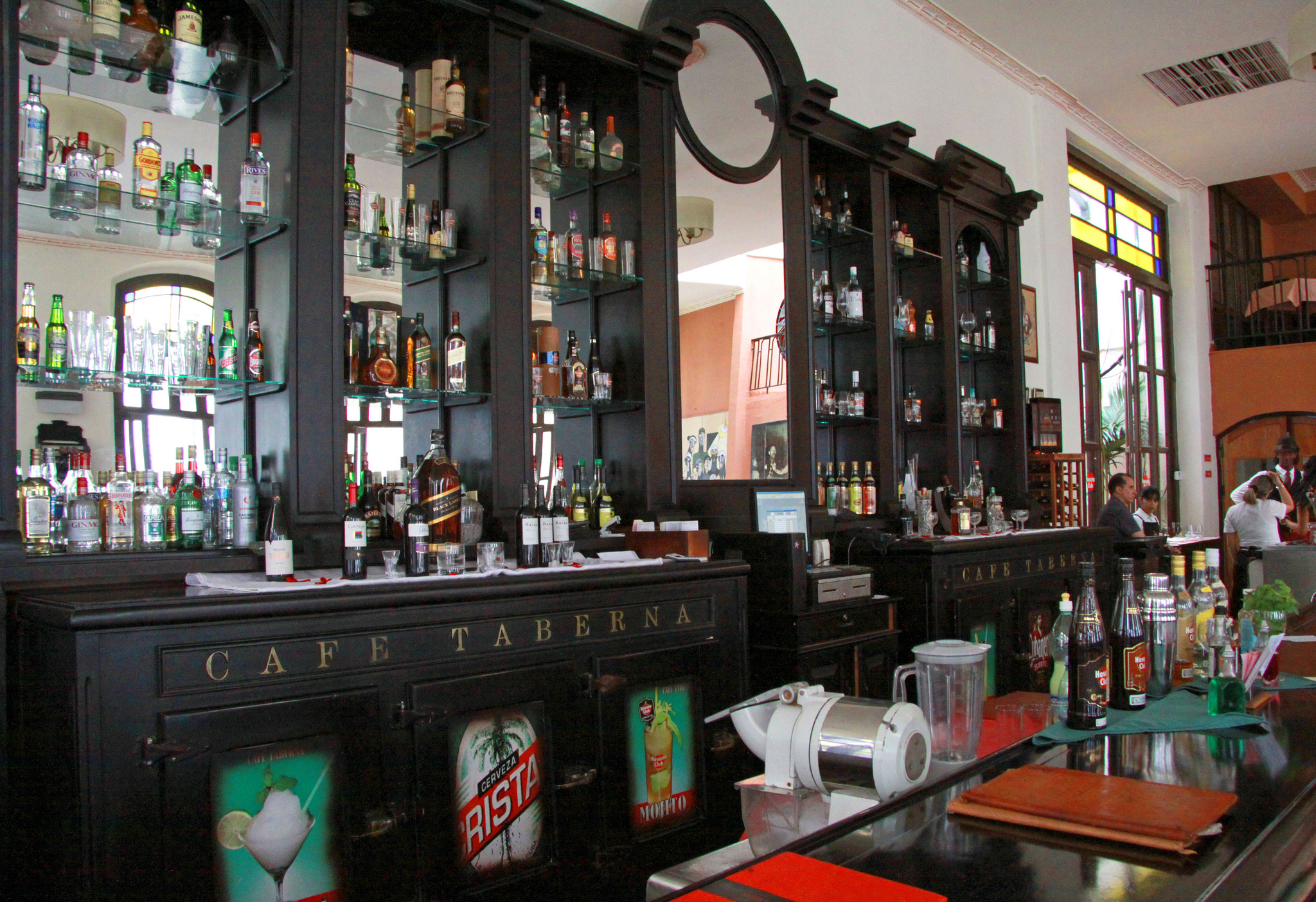 With a gorgeous view of Cathedral Square, El Patio offers one of the best outdoor areas in which to enjoy a drink in a very colonial setting. Although the building houses an indoor bar and restaurant, the best tables are on the porch and the cobblestone street outside. In tune with the surroundings, the bands performing here play very traditional Cuban music—which tends to be more enjoyable in these outdoor locations than in the typical tiny bars in the old quarter, especially if you want a pleasant background for your conversation over one or two Cuban cocktails.

Bar, Pub Grub, Cuban, Caribbean, $$$
Bar Monserrate | © Drek Blackadder / Flickr
What used to be the lobby of a hotel that no longer exists, the Monserrate Hotel, is now a bar—technically a restaurant, but in practice, it’s more popular as a bar. Renovated and re-opened in 1994, Bar Monserrate is a short stroll away from Havana’s Capitol Building, at a cool location on Monserrate Street. Music is central to the decoration and spirit of the place: pictures of famous Cuban musicians hang on the walls, including those of Benny More, Bola de Nieve, and the Trio Matamoros. In addition to playbacks of traditional Cuban music, the place offers live performances by bands at different times of the day. If you are looking to get an idea of how bars looked in Havana the 1950s, this is a good option.
More Info
Open In Google Maps
Esquina Monserrate Obrapía, La Habana Vieja La Habana, 10100, Cuba
+5378609761
View menu
Visit website
Visit Facebook page
Send an Email
Give us feedback
Mon - Sat:
9:00 am - 1:00 am
Sun:
9:00 am - 12:00 am

One of Havana’s most popular places among tourists, La Bodeguita del Medio is a bar-restaurant that gained international recognition for its mojito cocktails and its link to American writer Ernest Hemingway, who was a regular in the 1940s and 1950s. Even though the place is tiny, or at least too small for the number of clients wanting to have a drink there, it makes space to accommodate a band that plays Cuban music live. The atmosphere here is a stereotypical combination of Cuban rum, cigar smoke, and traditional music, with a touch of history made evident by the many signatures of famous people who have visited over the decades. 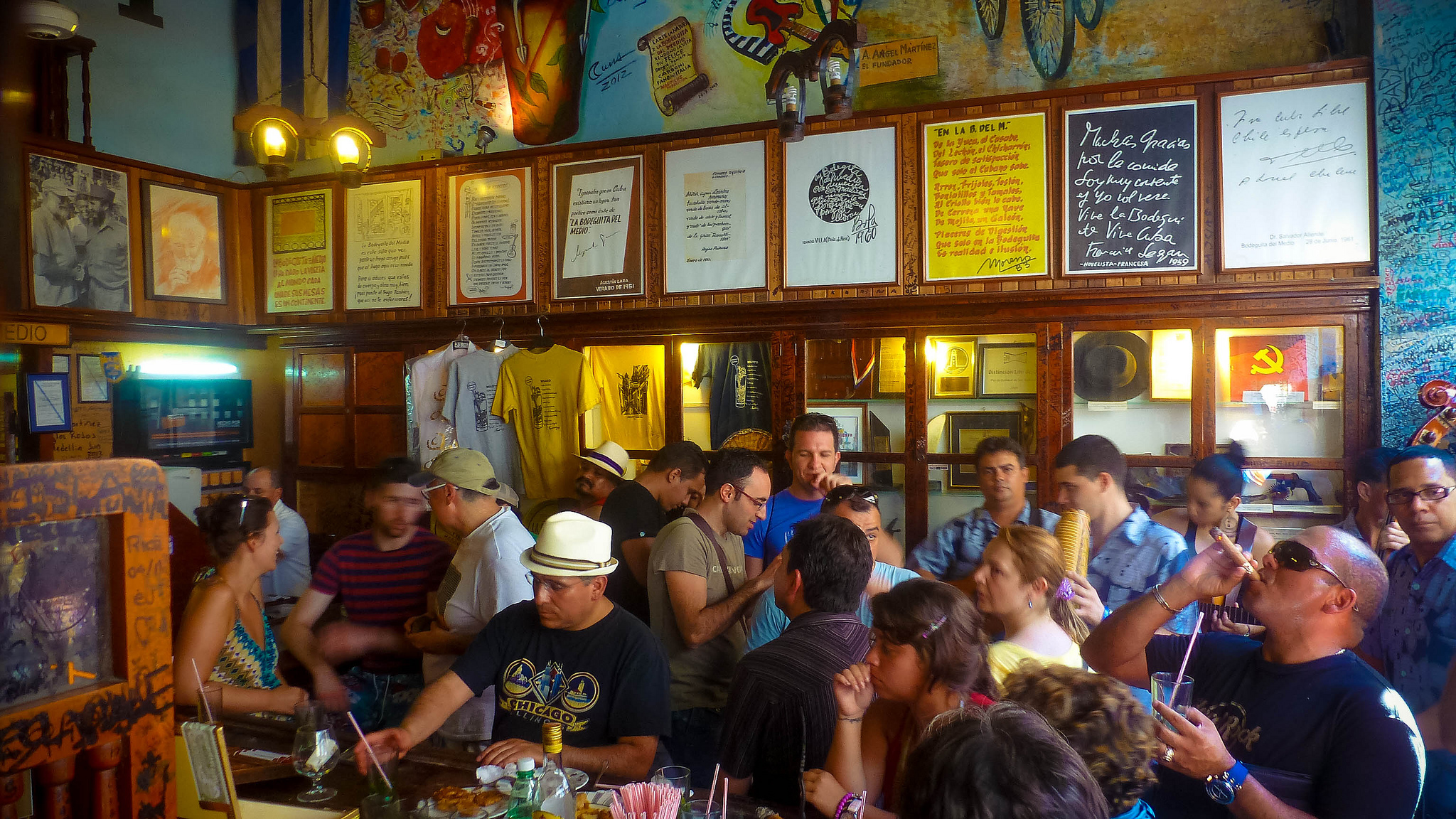 La Bodeguita del Medio. Note the band against the wall to the right | © Joao Vicente / Flickr

Cafe Paris is one of the many bars on Obispo Street that uses musical groups as a hook to catch the attention of passersby. On the corner of San Ignacio Street, Cafe Paris is a traditional bar with wooden furniture and authentic old décor from pre-1959 Cuba. Live performances here are so lively that it’s common to see people crowded on the sidewalk trying to have a look at what’s going on inside the bar. 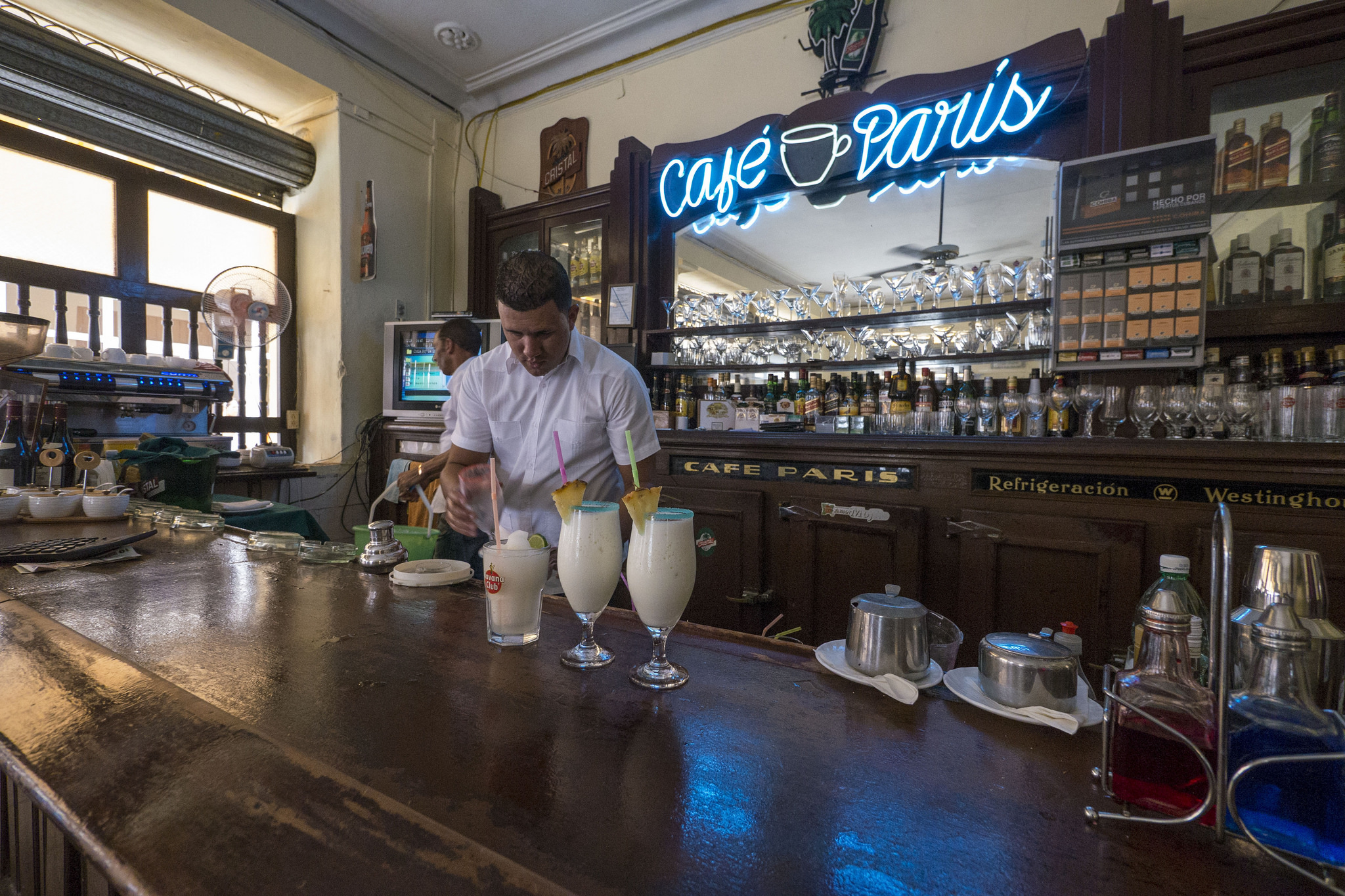 Another restaurant-bar with a privileged position on Obispo Street, Bosque Bologna has a lovely patio and interior design. A band playing at the door is the hook for most customers. It’s an excellent place to enjoy drinks on a weekend afternoon or night, but not the best place for a meal. 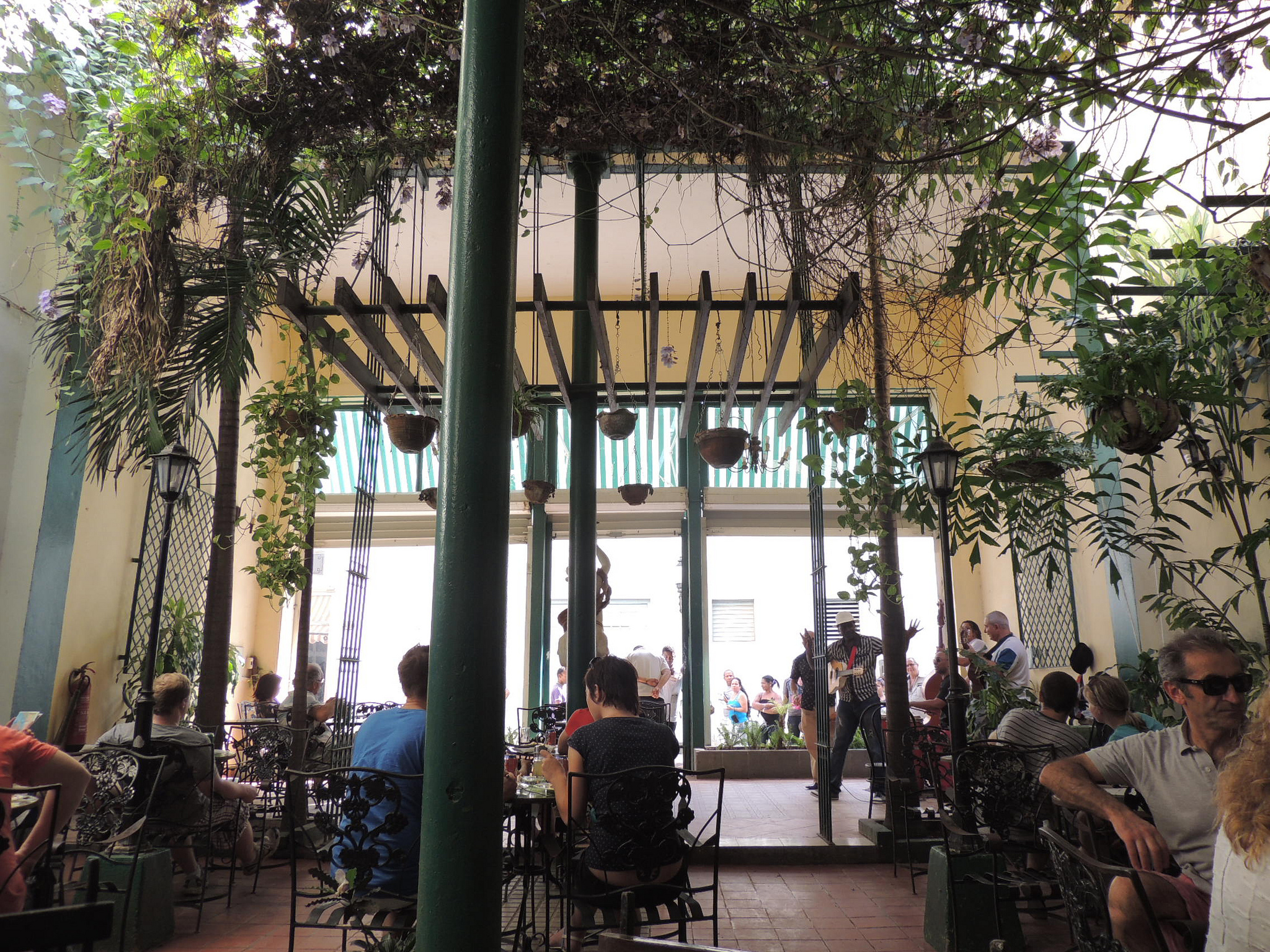