The Ten Most Controversial Travel Destinations In The World

Many of us enjoy traveling abroad to experience and explore different cultures. But how many of us really consider where the money we spend abroad ends up or the impact of our journey? Does our money end up in the pockets of regimes that show scant regard for human rights? Will our wonderful experience abroad actually cause lasting damage to the location? Here are ten locations that raise serious questions on the ethics of travel… 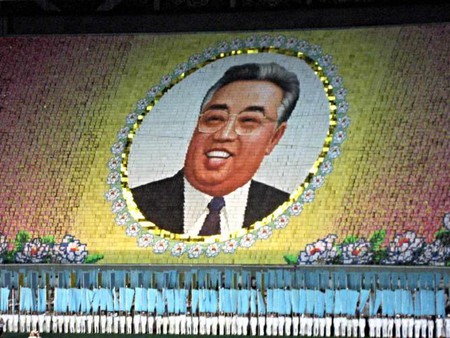 North Korea is a classic example of the ethical problem sometimes known as engage or isolate. Should we engage with the North Koreans or isolate them and the murderous regime of Kim Jong-un? When the Guardian newspaper asked a series of defectors whether travel to North Korea was a good or bad thing, they found mixed responses. On the one hand, western travelers are used by the government in propaganda and effectively legitimize the regime, with tourist money funding a brutal dictatorship. On the other hand, contact with ordinary North Koreans improves their perception of westerners and undermines the government propaganda that portrays them as decadent capitalists. This, the argument goes, will highlight the failure of the regime to deliver progress and prosperity and eventually bring the tyranny to an end. 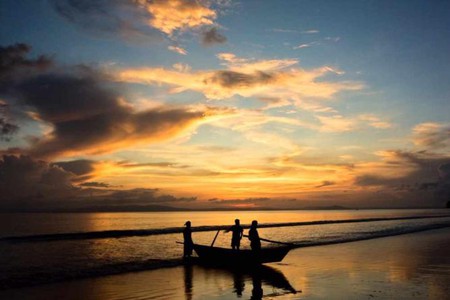 The Andaman Islands in the Bay of Bengal form part of India and are home to many tribal groups with very limited contact with the modern world. Under Indian law, these groups should be protected by the Scheduled Castes and Scheduled Tribes Act that bans any ‘indignity, humiliations and harassment’ of indigenous peoples. In recent years, however, the grotesque phenomenon of so-called ‘human safaris’ has emerged, with travel companies effectively bullying tribespeople into appearing for western travelers. A report by the Observer newspaper in 2012 uncovered evidence of members of the Jarawa people being bullied into performing for western tourists. The Jarawa only made contact with the outside world in 1998. The further worry is that western tourists will bring diseases to indigenous groups who have no immunity to them. 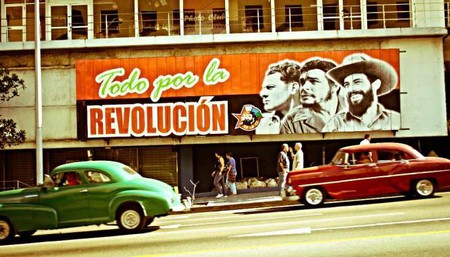 Only sixty years ago, travel to Cuba was commonplace for Americans. Under the Batista regime, travelers headed to Havana for the casinos and nightspots. All that changed with the 1959 Revolution that brought Fidel Castro to power. There followed the nationalization of American-owned companies, the Bay of Pigs Invasion, and the Cuban Missile Crisis — all did little to boost relations with the USA. A trade and travel embargo was put in place under President Eisenhower that made Cuba the only county in the world off limits to Americans, despite being only 90 miles from the Florida coast. Even with President Obama normalizing diplomatic relations with Cuba in 2014, it is still illegal for Americans to travel to Cuba for tourism — special permission has to be granted with proof that the trip is for professional research or educational reasons. 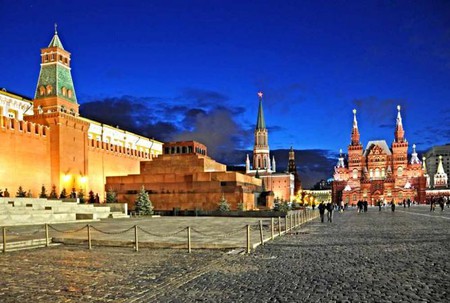 Travel to Russia seems tempting enough to see the Trans-Siberian railway along with the monuments and relics of the Imperial past and the Soviet era. But it also means adding to the coffers of a government renowned for absurd levels of corruption and shocking human rights abuses. The numbers of travelers to Russia from Europe dropped off by 25 percent in 2014 — the effect of the Russian occupation of the Ukraine and the controversy over the Sochi Winter Olympics. Curiously, there were $30 billion that simply went missing from the Olympics budget. Other alleged human rights abuses in Russia include state-sponsored killings of political opponents, murders of journalists and writers opposed to the Putin regime, and discrimination against members of the LGBT community. 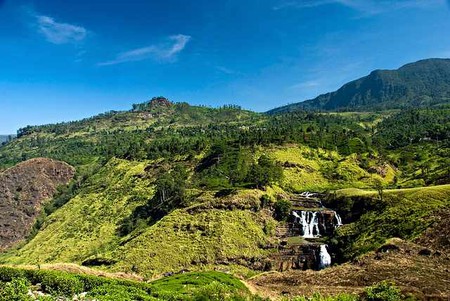 Few realize the complexity of the situation in Sri Lanka, the island with a reputation for beautiful stretches of beach and mango groves. But the bloody civil war in Sri Lanka only ended in 2009, with the defeat of the Tamil Tigers who fought for an independent Tamil state in the northern part of the island. During that war, the government forces were responsible for widespread human rights abuses against Tamil prisoners and refugees. And since 2009, there has been failure to co-operate with the United Nations Human Rights Council. Those same government figures and military leaders are also the owners of many tourist resorts and hotels favored by western travelers. The Think Again campaign promotes awareness of the civil war and provides information on sites, restaurants and resorts to avoid to ensure your money doesn’t reach the hands of those involved in human rights abuses. 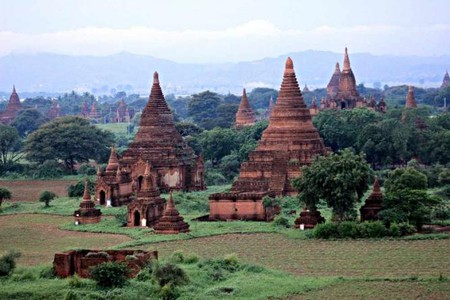 For much of its post-independence history, Myanmar has been ruled by a military junta that showed no concern for human rights or democracy. The view of the National League for Democracy, led by Aung San Suu Kyi during the period of military rule, was that travelers should not head to Myanmar as any money spent would simply perpetuate the tyranny of the junta. Since 2008, there have been steps towards democratic reform, with the NLD dropping its opposition to western travel, but many oppressive policies remain in place in Myanmar. Human Rights Watch report political arrests on the increase, and point to deliberate persecution and ethnic cleansing of the Rohingya Muslims who are denied freedom of movement and citizenship and forced to live in squalid camps. 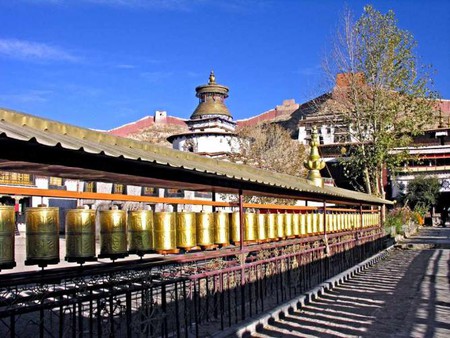 The Chinese occupation of Tibet has prompted countless protests by monks and nuns opposed to the destruction of the ancient Buddhist culture of the region. Human rights observers have been banned from Tibet by the Chinese and many businesses on the region are now controlled by the Chinese. Nevertheless, the Dalai Lama has advocated travel to Tibet so that outsiders can see the plight of the Tibetans, but to do this risks acknowledging and funding the Chinese occupation. To reach Tibet you must comply with Chinese regulations and restrictions, and even the most careful traveler cannot be entirely sure they are only using Tibetan-owned services. With the internet making the world aware of the plight of Tibet, it’s become unclear as to whether travel to the region has any benefit to ordinary Tibetans. 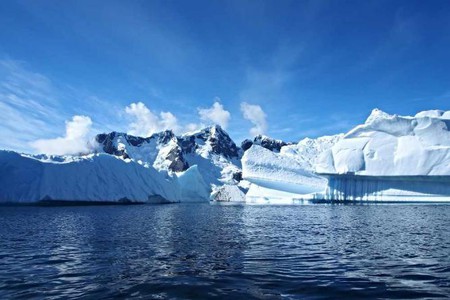 Growing numbers of tourists have been heading to Antarctica over the last few decades; numbers average around 35,000 every year, with a peak of 46,000 in 2006/7. The tourist season lasts from November to March before the weather makes it impossible for ships to reach their destination. Most travelers come from the USA, Germany and Australia and engage in activities like water-skiing, paragliding, diving and exploration. However, there are major concerns about the long-term impact such tourism is having. There are worries about oil and waste being discharged from ships, human activity scaring off wildlife, and erosion of ice due to the amount of foot traffic. Travelers may also be responsible for bringing in species that could cause significant damage to native wildlife. 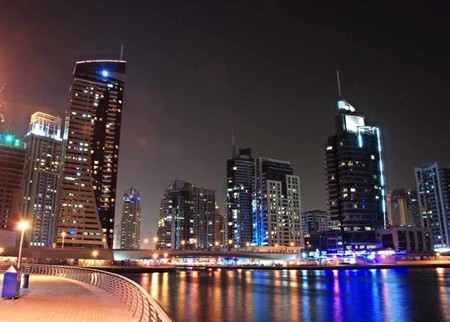 In total, there are seven emirates that make up the UAE, including Dubai, Abu Dhabi and Sharjah. In recent years, their economies have boomed due to abundant oil reserves and venues for sporting events like international cricket and tennis plus the Grand Prix at the Yas Marina circuit in Abu Dhabi. Huge numbers of western expatriates work and holiday there, with tourist numbers for Dubai reaching 13.2 million in 2014. And yet how the swish hotels and buildings that the tourists enjoy are built and how the emirates are governed raise serious ethical problems. Migrant workers are employed on construction projects in conditions close to slavery, according to Human Rights Watch. And justice in the emirates is based on Sharia law, discriminating against women, homosexuals, political dissenters, and using flogging and stoning as punishments. 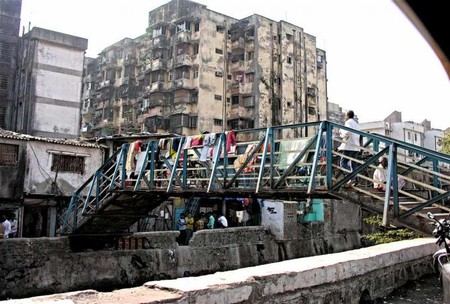 There are many good reasons to travel to India: the history, vibrant culture, and fast-emerging economy. However, many visitors heading to Mumbai, in particular, go for more controversial reasons. So-called ‘slum tourism’ sees western travelers tour the poorest and most deprived areas of the city. In particular, the slum of Dharavi, made famous by the movie Slumdog Millionaire, and one of the largest slums in the world, has guided tours available. Visitors can explore the squalor in which around one million people live and work – Dharavi produces goods worth over $1 billion every year. Critics say this is no more than exploitation of poverty for entertainment purposes, a sort of ghoulish voyeurism for wealthy westerners.