The Most Unique Experiences to Have in Havana, Cuba 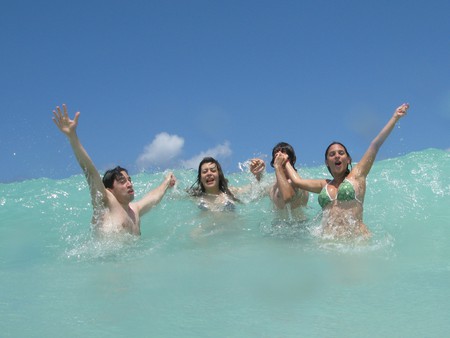 Havana’s combination of history, culture, economy and weather create a unique setting to enjoy the most diverse and fun experiences. From drinks and beautiful beaches that will make the high temperatures more bearable to music and dances born out of a mix of African and European styles to the most unusual forms of transportation resulting from a history of economic hardships, there’s a wide variety of things to do and see in Havana.

Dance salsa with a Cuban

Cubans love to dance, and if you are at a nightclub or any other public place where there’s music, both men and women will offer to dance with you—teach you if necessary—as if they were trying to correct all those terrible years of salsa deprivation that you have had to suffer. Take the opportunity! It’s a lot of fun.

Have a beer sitting on the Malecon seawall

Drinking alcohol while walking down the street is legal in Cuba, so take advantage of that. Buy a cold beer in a bar or a store near the Malecon, cross the six-lane avenue that separates the seawall from the last strip of buildings that marks the end of the city, sit on the wall with your beer, and enjoy the view. The Malecon is a great place to be after 6 pm and a point of access to over 10 different things you can do near that area. 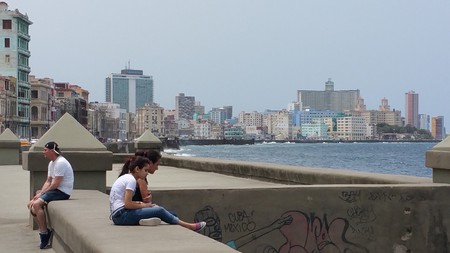 Take a ride in an old car

Among the best tours of Havana, you will find more than one option built around the experience of getting to ride in cars that have been rolling for over 60 years. When the U.S. embargoed all trade and travel activities with Cuba in the 1960s, imports of American cars into Cuba stopped, and people simply kept using the ones they had bought in the 1950s and before. The impossibility to buy new cars pushed most of these car owners to work miracles to keep them running—which make for great stories, especially if you like cars and want to hear all that the drivers have to say. 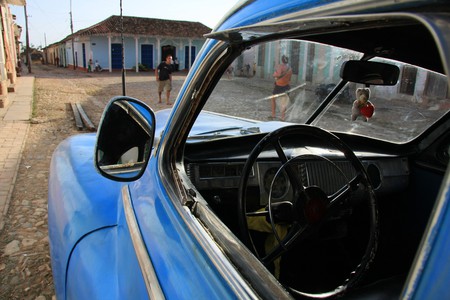 Have a drink Hemingway style

American author Ernest Hemingway has all kinds of links to different places in Havana—where he lived for a good part of his life—including his preference for two bars in Old Havana. As a framed handwritten text reads at the famous La Bodeguita del Medio, Hemingway loved the Mojitos at that bar-restaurant and the daiquiris at El Floridita, another nearby bar-restaurant. As a tribute to those links, and as a strategy to attract more customers, both places offer these drinks “the way Hemingway liked them.” 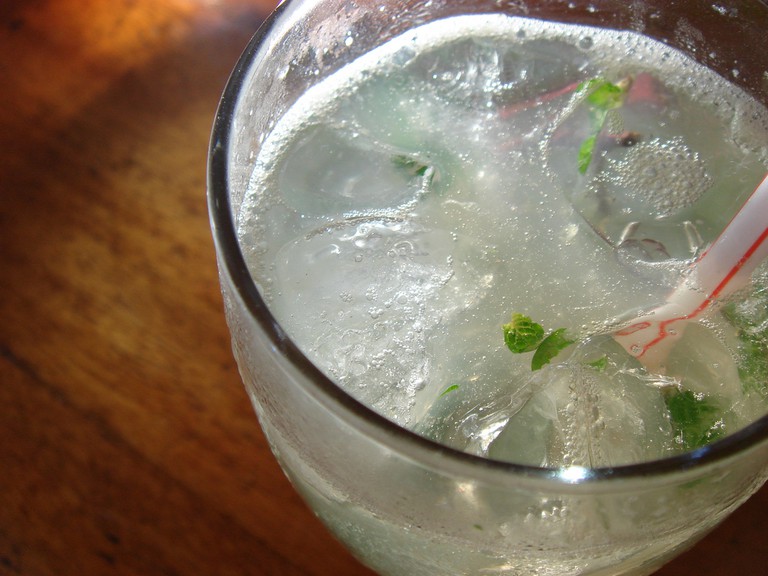 You don’t need to be Mozart to join the band in Havana. Cubans are music-loving people who’ll gladly let you play with them, even if you don’t know how to play a proper musical instrument. Some of these bands include very simple instruments such as claves (two wooden sticks that are stricken one against the other repeatedly to set the beat), maracas or chequeres, or even bongos. If none of these suit you, you can still get to be the lead singer of “Guantanamera.” 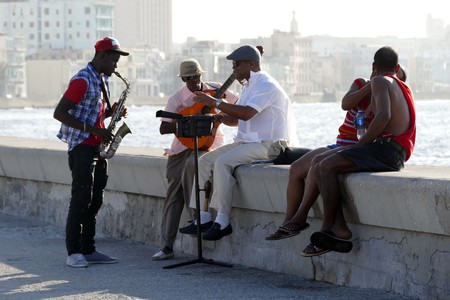 Cross the bay in the ferry

A ferry terminal in Old Havana connects that side of the bay to the towns of Regla and Casablanca. From the Casablanca terminal, you can walk all the way up through a zigzagging road that leads to the top of a hill crowned by a 20-meter-high (65.6 feet) statue of Jesus Christ. At the base of the statue, there’s a sitting area from where you can enjoy wonderful views of Havana. More than simply a way to get here, the ferry ride is a unique part of the experience: for less than 10 cents, you get to see Havana from a different angle and ride a boat that looks as old as the Titanic. 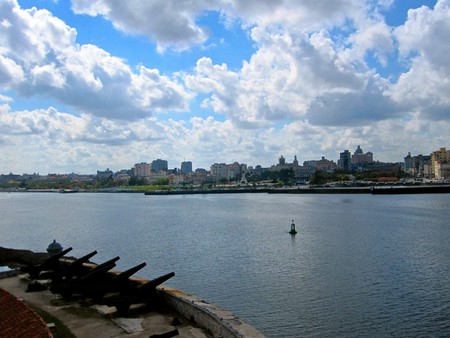 Some cigar factories in Havana offer tours where visitors can see some of the best cigar rollers in the world at work. In an industry where tradition and the wisdom accumulated by cigar maestros through the decades is central, things have not changed much since the 19th century, to the point that even the figure of the cigar factory reader is preserved. Readers used to keep workers entertained at a time when radio did not exist. 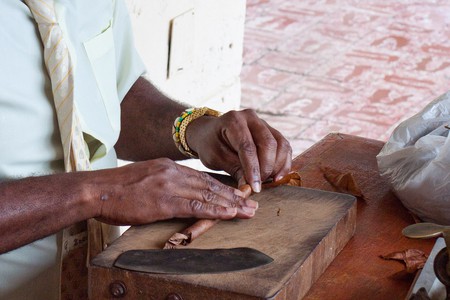 Ride a Coco-Taxi or a rickshaw

These funnily shaped motorbikes offer taxi services, generally covering short distances. The “coconut + yellow cab” hybrids are one of the cheapest open-air rides in Havana and a very convenient way to move through the narrow streets of the old quarter. They can only accommodate two customers, but since they are not very expensive, people traveling in groups can hire as many as necessary and move around the streets of Havana feeling like members of a cool gang of coconut-bikers. 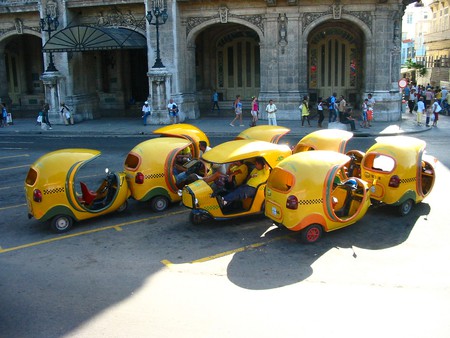 Smoking a cigar is not an experience for everyone—some people get sick, throw up or even faint the first time they try it—but as one of Cuba’s oldest traditions, it’s worth giving it a go. You can get your smoking instructions from cigar dealers, rollers, and aficionados: how to select your cigar, cut it, light it, etc. The most important thing to bear in mind—and a common rookie mistake—is not to inhale the smoke as you would do with a cigarette. Check this guide if in doubt. Once you are sure you know the basics, choose an open space with a great view and enjoy your tabaco. 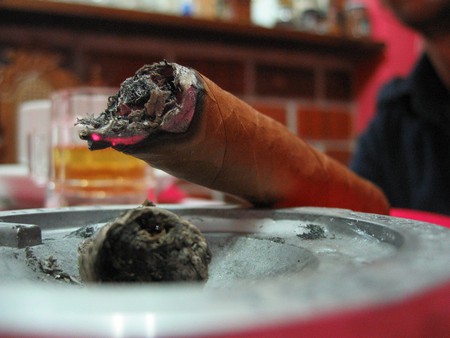 You can’t say you’ve seen the best of Cuba if you don’t go to the beach. Havana beaches may not be as astonishing as those in the Keys, but a regular beach in Cuba can easily compete with the best beaches of most countries in the world. You can tan, practice beach sports, drink Havana Club rum or beer sitting by the seaside, or have a great time in whichever way you prefer. 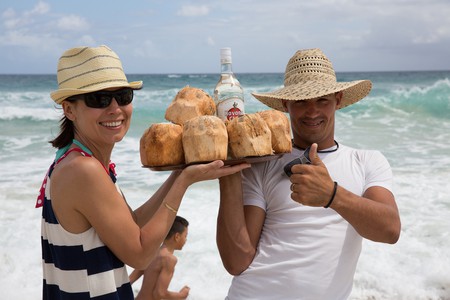 Cuban food made in Cuba has a uniqueness that you won’t find in Cuban food restaurants in other parts of the world—not in Miami, not in New York, not in Madrid, not anywhere. From natural ingredients that have a very peculiar taste due to local farming and weather conditions to processes and techniques preserved for decades thanks to the country’s isolation to even, yes, the lack of certain ingredients, Cuban food has, for better or for worse, a very distinctive taste when you eat it in Cuba. Don’t miss the chance to try traditional dishes such as tamales, ropa vieja, tostones, and the local seafood.

Tucked away in a cobblestoned alleyway in the heart of Old Havana, the restaurant Doña Eutimia may look unassuming but it has become a landmark in the city. 🍴This "paladar," or small, in-home eatery (as opposed to a state-run restaurant) is named for the woman who started it in the 1970s and serves traditional, home-style Cuban cuisine. Reservations are highly recommended for dinner during tourist season. | Photo credit: @gabo_el

Take a bike tour of the city

Taking one of the approximately three-, four- or five-hour tours offered by one of the local bicycle tour businesses is an excellent way to see Havana, reaching neighborhoods and areas outside traditional tourist circuits, while doing some exercise. Among the most popular services are RutaBikes and KeyLargoBike.

Reasons for this photo: Because today was Earth Day. Because I love nature. Forever & always. Because I was sad for not being able to go hiking in said nature today with loved ones. Because I miss Cuba. A lot. Because I need to ride my bike again because I'm too busy being a fat ass. Or.. too busy and I've become a fat ass. Sigh. Lots of sigh. Because it's quiet in nature, and it's loud outside and inside my house right now. And I can't sleep. Because these are great people and that I also miss. #NatyByNature #PhotographyByNaty #cuba #havana #explorecuba #nature #earthday #happyearthday #forest #habana #rutabikes #yassenbici #airbnbexperience #fullspinnyc #fullspincuba #bikenyc #ilovenature #tree #trees #arboles #parque #naturaleza

Music, dance, and culture, in general, are some of Cuba’s biggest appeals, especially the genres and styles most influenced by African culture. Dances such as rumba and conga are very popular among regular people and take place at parties and public places, but there’s also a number of religious ritual dances in Santeria that are very fun to watch. Dancers perform in costumes that represent each Yoruba deity, such as Oshun, Obatala, Yemaya, Chango, among others. 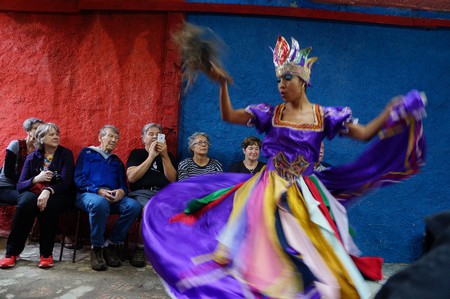 See Havana from above

Havana’s architectural landscape is pretty unique, and having a look at some of it from a very high place (preferably while enjoying an ice-cold drink) is something that you should definitely try to do. There are a series of locations where you can do that, including the Torre bar-restaurant on the top floor of the tallest building in the city—the FOCSA building—and the rooftops of hotels such as Saratoga and Manzana. You can also visit restaurants such as The Magic Flute or enjoy the vista from the top of the tower at the Revolution Square or the Jesus Christ hill in Casablanca. 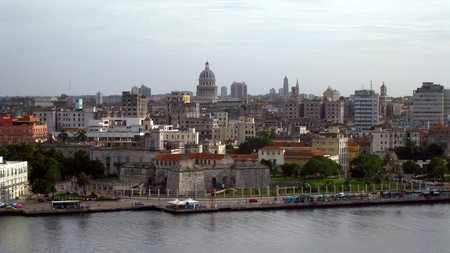