The Best Street Food to Try in Havana, Cuba 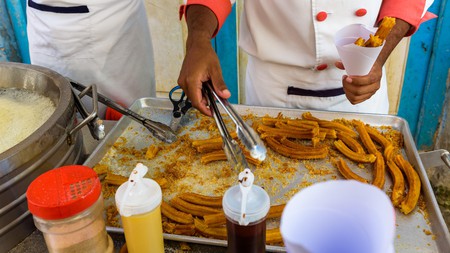 Walk the streets of lively Havana and you’ll find vendors selling snacks across the city. Cubans have a very sweet tooth and an eye for a quick bite – whether it is deliciously deep-fried churros or crisp, salted tostones. Here’s our rundown of the ones you must sample whilst in this Caribbean country.

Tuck into Cuban cuisine beyond Havana by renting a yacht with SamBoat and venturing down the coast.

Cubans love their sugar and have an all-consuming addiction to fried food. Enter the churro. These indulgent loops of fried dough, dusted with sugar, are increasingly popular in Havana. A side of gloopy syrup is optional. You’ll commonly find popular carts cranking up their churrera (churro-making pipe) in streets around Plaza Vieja in Old Havana. 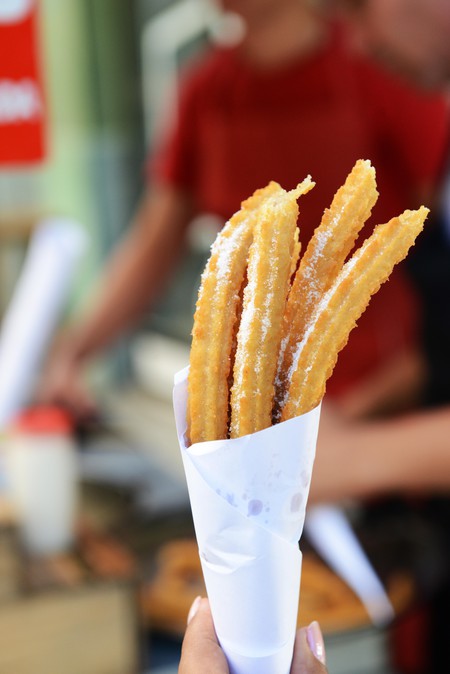 Packed with protein, this popular, tasty street snack is often sold from lone street hawker stands as a one-product sandwich. A tiny snapper fillet or whole small snapper is marinated, lightly battered in flour and egg, then tucked inside a soft bread roll. These breaded mini fish are commonly sold at festivals, too.

There really is no limit to the carousel of fried flavours prized by Habaneros. The moreish tostone, doused in plenty of salt, is a favourite. Sliced green plantains are fried, then flattened into discs and deep-fried again. The twice-fried golden snack is like a crisp – very savoury and very salty. They’re crisp on the outside and tender when you bite down. 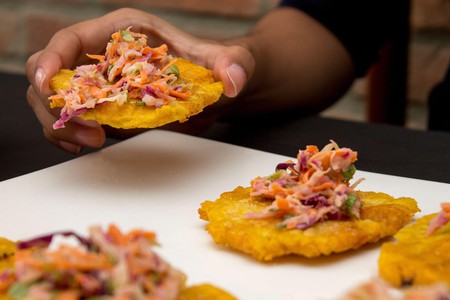 When Cuban sugar met Cuban coconuts, they formed a delicious pact. You can find dishes simmering in coconut milk, coconut pie, coconut ice cream and out east cucurucho – a mashed up coconut dessert infused with almonds and honey. But the tiny coquito, bite-sized mounds of coconut candy, are a favourite. Pan-heated sugar is blended with shredded coconut and solidifies when dolloped on a tray. Crunch through to the gooey coconut mess inside and you’ll be looking for another and then one more.

Nothing happens in Havana before a cup of the sweet dark stuff passes the lips of Habaneros. The best way to experience Havana life is to start drinking like busy Cubans on their way to work. Hunt down one of the tiny kiosks or small counters in the capital and grab a buchito, a small Cuban coffee. You’ll be offered a demitasse of deeply dark espresso with a bowl of sugar nudged your way. This caffeine hit will only cost you a couple of pesos. 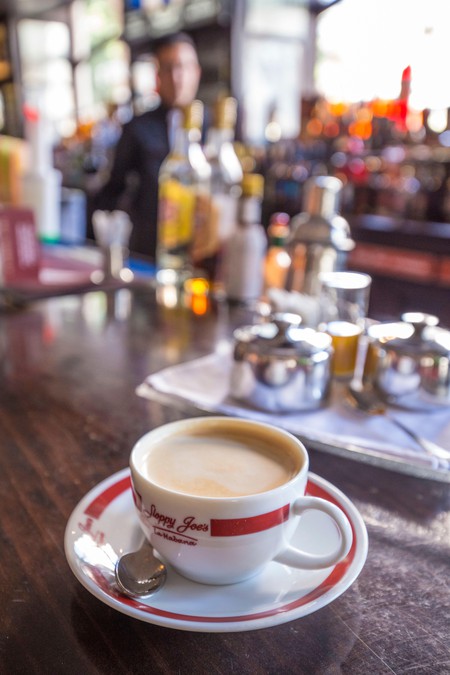 Pru is Cuba’s original root beer. Originally hailing from eastern Cuba, this dark brown herby mix is now fermented across the island and sold to those in the know. Brewed with a flowering woody vine, raíz de china (roots of the woody berried climber sarsaparilla) and allspice, plus Cuba’s cane sugar, locals have long claimed it fixed hypertension and other ills. It was only two years ago that scientists declared it the health-boosting detox locals had known for years.

The pig sits on the culinary throne in Cuba. Free to graze on the palmiche, the fruit of Cuba’s royal palms, its meat is highly prized. Most famously it’s eaten over New Year when families spit roast a whole pig (cerdo asado en púa) in a mojo, fizzing with sour orange. It’s not fin de año (New Year) every day, so the next best thing is this roast pulled pork sandwich with the meat marinated in its own roast juices, pepped up with what’s available – grilled onions or cucumber slices. 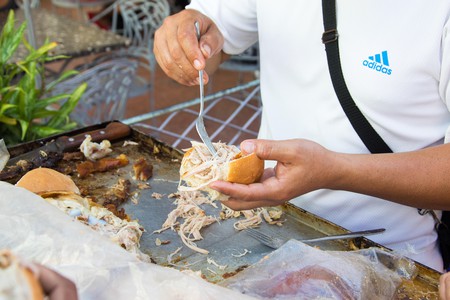 An expertly blended milkshake of tropical fruits is a much-loved refreshment in Havana. Cuba is fertile with tropical fruits: banana, guava, mango and mamey. They all make delicious ice cream and batidos (shakes). The standout is the mamey. Its fruit is a deep pinky peachy colour, smooth like avocado, with a slight caramel flavour to the flesh. Don’t ever pass up on a batido de mamey or mamey ice cream. Beware: Cuban milkshakes are usually laden with sugar.

This is an updated rewrite of an article originally by Jack Guy.