The Best Documentaries to Watch About Cuba 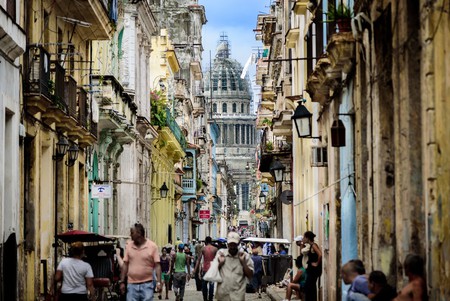 Cuba is home to a rich culture as well as an unusual political system, making it fertile ground for documentary filmmakers.

This amazing documentary brought aging Cuban musicians into the global spotlight and brought worldwide recognition for their talent after they had been all but forgotten. The group went on to tour around the world and resurrected a love of traditional musical styles.

Revisit the Buena Vista Social Club and take a deeper dive into their history. This documentary is directed by Lucy Walker rather than Wim Wenders, but it’s a must-see for fans of Cuban music.

The brainchild of Cuban director Fernando Perez, Suite Habana follows ten ordinary citizens of Havana as they go about their daily lives. It is shot in a cinematic style, and there is little dialogue. It’s not a classic documentary in style, but it won plenty of awards.

Filmmaker David Schendel looks at the 1950s American cars that are still used in Cuba today. If you’re into classic cars it’s a must-see, and it also explains why the cars are necessary in the country. Watch as the owners tell the story of their cars, and explain to the viewer how they keep them on the road.

J Michael Seyfert uses this film to look at how the architecture of Havana has been left to crumble. The footage of dilapidated old buildings is incredible, and it’s worth watching for that alone. It’s a great window into a fascinating capital city.

Tapping into the Cuban love of baseball, directors Marcia Jarmel and Ken Schneider follow a 13-year-old child in the US who wants to send baseballs to Cuba in defiance of the trade embargo. The film is a coming of age story that sees Mica studying for his bar mitzvah, while exposing the strange realities of the Cuban embargo.

Cuba and the Cameraman

Filming for this documentary started back in 1972, when a young cameraman named Jon Alpert made his first trip to Cuba. For 45 years he made trips to the island to visit three different families, eventually putting together this incredible documentary that shows post-Revolution life on the island.