Drifting after the American Dream 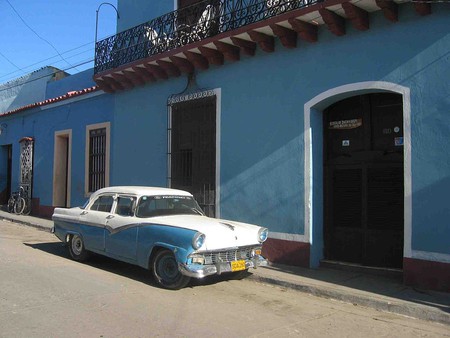 Carles Bosch’s Balseros, which means ‘rafter’ in Spanish, follows the journey of seven Cubans who risk their lives in pursuit of the American Dream. In the end, we are left wondering, ‘What is the American Dream?’

‘Isn’t the most reliable form of pleasure,’ writes Barnes in Flaubert’s Parrot, ‘the pleasure of anticipation? Who needs to burst into fulfilment’s desolate attic?’

Carles Bosch’s documentary Balseros, which means ‘rafter’ in Spanish, explores the disjunction between desire and fulfilment. Released in 2002, the film opens in Havana, Cuba in 1994 after the collapse of the Soviet Union, and with it the Cuban economy. It follows the journey of seven Cubans who risk their lives on rickety rafts to cross from Cuba to the United States in pursuit of the ‘American Dream’, which takes the form, as one balsero laughingly describes, of ‘a house, a car, and a good woman!’ 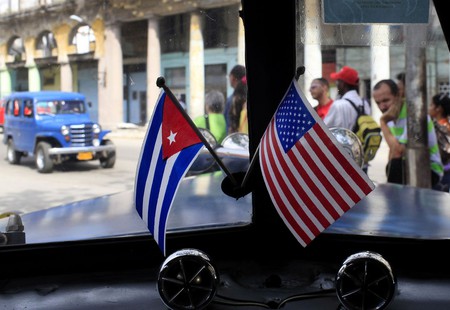 In 1994, Fidel Castro declares that the Cuban Coast Guard will not actively prevent any boat from attempting to reach the United States. An air of festive optimism permeates the coast as raft after raft are launched amid throngs of excited spectators; the balseros depart amidst hugs, kisses, tears, and celebration. Following the tense ocean-crossing on rafts that are little more than wooden boats with inner tubes strapped to their sides, you expect the film to conclude with the climatic, successful crossing into the United States.

Bosch’s camera, however, continues to roll and we, the audience, must watch the balseros‘ lives unfold. After the initial heyday of departure, they find themselves detained by the U.S. Coast Guard and sent to the Guantanamo naval base. Over a year after detention, they separately reach Miami and, with the help of charities, are relocated to various states. Five years later, as the audience learns, one is gainfully employed and reunited with the family he left behind; another has been crippled in an auto accident and preaches in a small Hispanic church in Texas. A couple who left together have separated, the woman now involved in drug dealing in New Mexico. A married father has broken off contact with his wife and daughter, and a mother yearns to see the daughter she left behind, whose childhood she has missed.

Having peered into fulfillment’s desolate attic, one cannot help but ask, ‘Was it worth it?’ Is ‘a house, a car, and a good woman’ worth separation from family and homeland? Did any of the balseros achieve their ‘American Dream?’