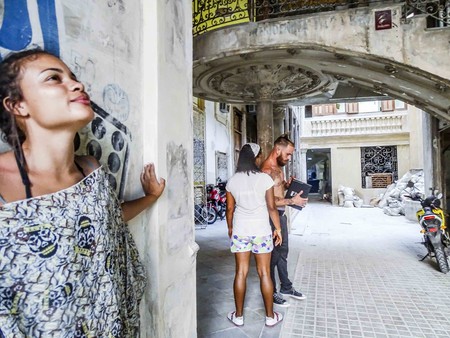 Architects around the world are concerned with how space affects us on a multitude of levels: physically, psychologically, and socially. The design process doesn’t necessarily begin at the drawing board and end once a project is realized. It starts and continues with a series of questions: How can we create truly liveable spaces? What’s going to make us happier? What kind of spaces will help us lead more productive, fulfilling lives? 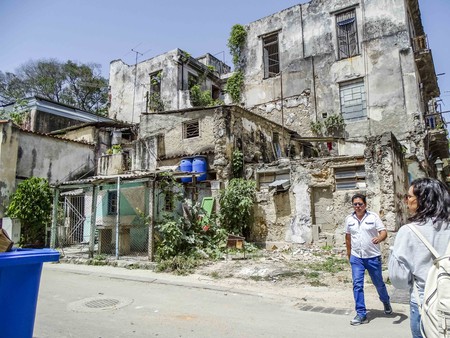 Cuba’s most urgent architectural “problem” isn’t historical restoration, but the creation of socially-conscious, flexible public space inside these historical structures. In the following interview, architect and academic Nguyen Rodriguez Barrera discusses Cuba’s infrastructure, the societal need for new public spaces, the role of the government in architecture, and the importance of dialogue in design. 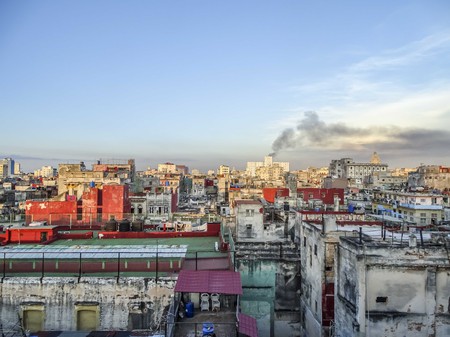 View of Havana, from atop a newly preserved historical building | © Amber C. Snider

Night falls over Havana. The sleek rooftop lounge of the Fabrica del Arte Cubano begins to fill up with young people, just as Nguyen Rodriguez Barrera and I sit down to talk. We’re seated inside a converted shipping container, giving us a full view of the sky and the rum-sipping patrons inside the former olive oil factory.

Culture Trip (CT): How do you begin the process of creation as an architect in Cuba?

CT: What’s the most pressing question you have to answer as an architect? 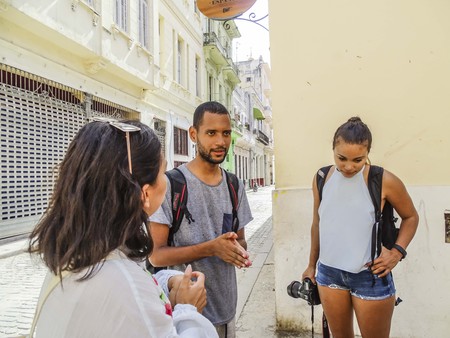 CT: What do you think is the most important thing about creating spaces for everyday life in 2017?

NRB: It depends on the situation. When I talk to people sometimes the answer [isn’t always clear at first]. You have to work with the clients and try to figure out what they really need. For example, we have a lot of projects with hostels and restaurants, and that is because they are initiating more private activity here. A lot of people are getting spaces to create an area for service.

CT: You also work with residential as well, yes? Is that process very different?

NRB: It’s more complicated with residential. Some people ask for an architect, but the process is people get a house and they do [renovations] themselves. We don’t build from zero in Cuba. We get the buildings and do renovations. We don’t really [design] new houses. The government is creating new houses at the moment, not the independent architects. 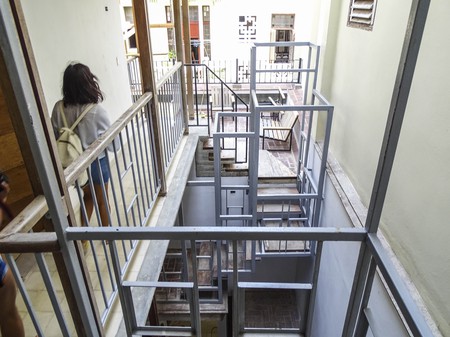 CT: What would you say is the most urgent concern for Havana’s existing infrastructure—and how are architects going about preserving the buildings?

For example, it’s not just about creating a new building or making restorations in the palaces. In the beginning, [the Plaza de la Catedral] was just an area for people coming out of the church. But now we have to create this area for kids to play, or people exercising, or people studying or working. So we have to think about how are we using that infrastructure for different contemporary activities. 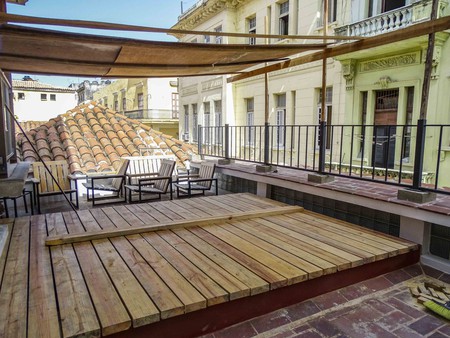 CT: You wrote your thesis on the preservation and construction of public spaces in Cuba, right?

CT: What did you find out in your research?

NRB: We started to study what younger people are doing around the world in public spaces. We evaluated these spaces according to four principles: accessibility, activity, vitality/image, and security.

And then we evaluated the policies of the public spaces, according to those principles. For my research, it was the square and the system of the square. If you want to make interventions in public spaces, first you have to think about activity, because we are not in Europe. In Latin America, we use public spaces very differently. 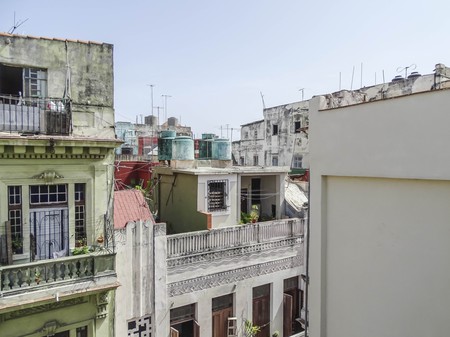 CT: Can you describe how public spaces are different in Latin America?

CT: And how do you do that?

NRB: The first step is researching what people do there right now. And what activity they need—what they really need. 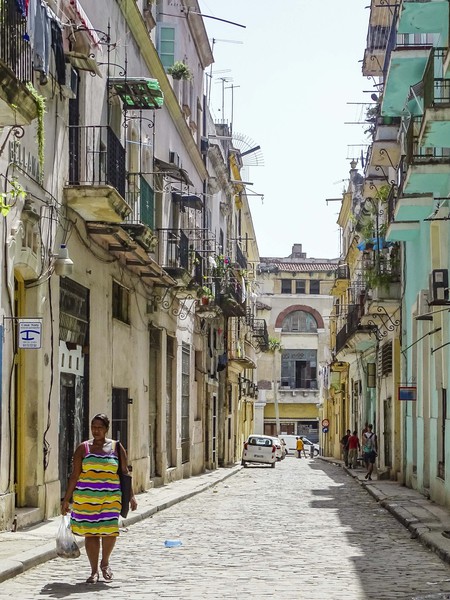 CT: I noticed that Centro Habana, the park next to my casa particular, just had concrete benches. It didn’t feel like a space where one would really want to work or socialize. What are your thoughts about that?

NRB: It’s not designed well. The government just put uncomfortable concrete benches there. It’s funny, one month ago, we had a discussion with students in Centro Habana, and, of course, you think people need benches. But when we actually asked people what they want, in a kind of participatory design [experiment], they said, “We do not want benches. When you put benches, people come here at night and make noise and I cannot sleep.” We have to create flexible structures, where there is activity in the morning and then at night it’s more peaceful. But at the same time, we have to have security, so we need light and police. So we have to ask people what they really need. 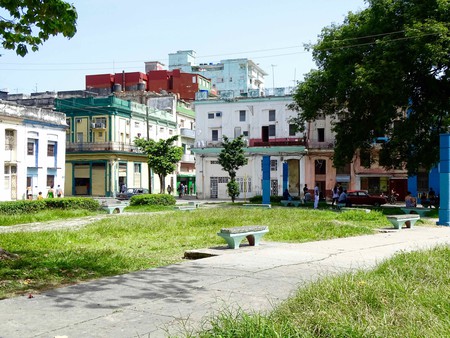 CT: I’d say engaging the community should definitely be a part of the design process, especially for public space. What is some advice you would give to emerging architects?

NRB: When I work with first-year architecture students and they have to design a space—a studio for an artist, for example—I say “You have to interview the artist first.” You have to do it. You are not God, you don’t know what they need. You ask them, and then you create the architecture. If you start inventing things [without asking people what they want], you’ll end up making a cafeteria when want they actually need is a coffee-maker.

You have to do interviews and you have to take your notebook and go throughout the city and do research. We have to develop ideas, create debate, and research. Then we make a project. 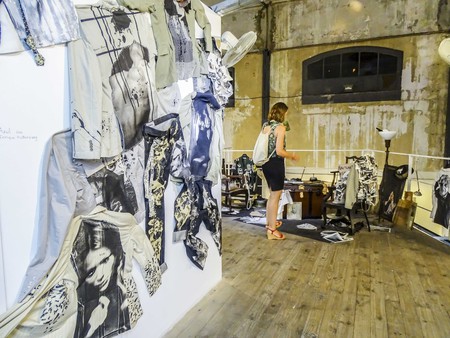 CT: Finally, Nguyen, as we’re sitting here in Havana’s new artistic center, what would you say is the immediate connection between art and architecture?

NRB: When people ask me if my architecture is an art, I say, “Of course, it is.” But what’s most important is that we have a social role, and we cannot forget that. When we forget that, we forget the essence of the architecture.

Want more read more about Cuba? Check out this story about the struggle for Wi-Fi in the island nation.