From a bohemian hub in the 1950s, then a regular restaurant mostly frequented by Cubans in the 1980s, to now being one of Havana’s main tourist attractions—the popularity of La Bodeguita del Medio has gone nothing but up since it was established in 1942.

In fact, its success goes way beyond its physical limits in Old Havana: four replicas with the same name operate in Spain, and there are more La Bodeguita del Medios scattered across 14 other countries, including the United States, the UK, Germany, Australia and Mexico.

The place started as a convenience store in the middle of Empedrado Street—hence the origination of the bar’s name, which can be translated as, “the small store in the middle”. The owner, Angel Martínez, would sell snacks and drinks to some regular customers; these included a number of intellectuals who would hang out there after running errands. By 1950, the official name, Casa Martinez, was hardly used by anyone, and the popular denomination, La Bodeguita del Medio, was officially adopted. 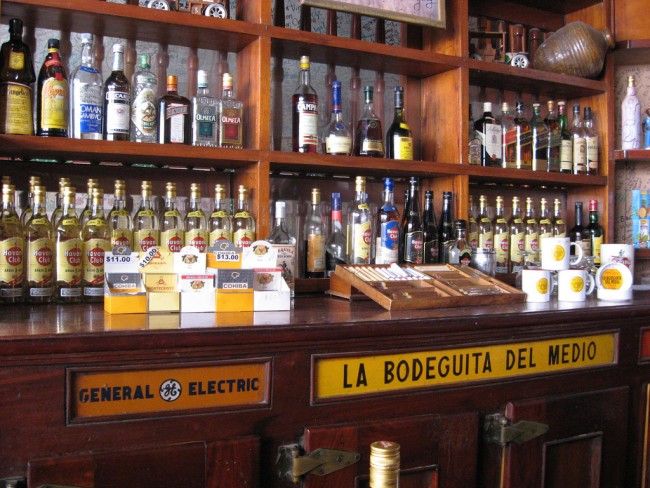 As the clientele grew, so did the bar’s offerings. Food and drink became its main business and the venue started to be frequented by the local bohemian community of writers, musicians and journalists.

Legend has it that one regular, journalist Leandro García, signed his name on the restaurant’s walls and this started the tradition of contributing to the signatures that today cover the place. The list of celebrities who’ve visited is hefty and includes Chilean poet Pablo Neruda, President Salvador Allende, Colombian author Gabriel García Márquez, Nat King Cole and Ernest Hemingway. 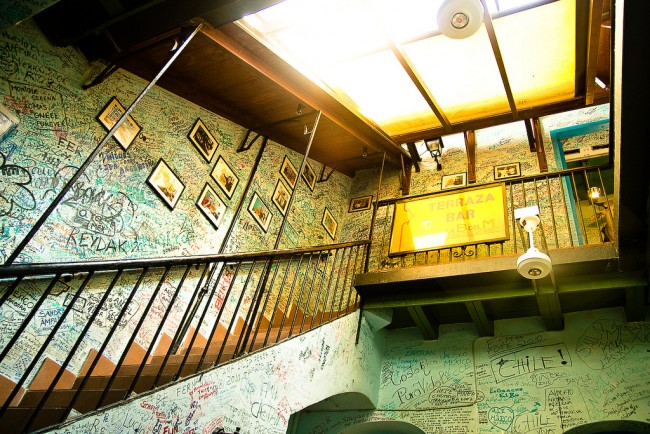 Hemingway had a special connection to the place, which, in turn, owes part of its popularity to his legacy. In the late 1930s, when Hemingway lived at the Hotel Ambos Mundos, La Bodeguita and El Floridita bar were two of his favorite local spots. These he continued to frequent even after he made his home on the outskirts of Havana, far away from the old quarter. A giant framed autograph attributed to him is proudly displayed today at La Bodeguita, underneath his statement, “My mojito in La Bodeguita. My daiquiri in El Floridita”. 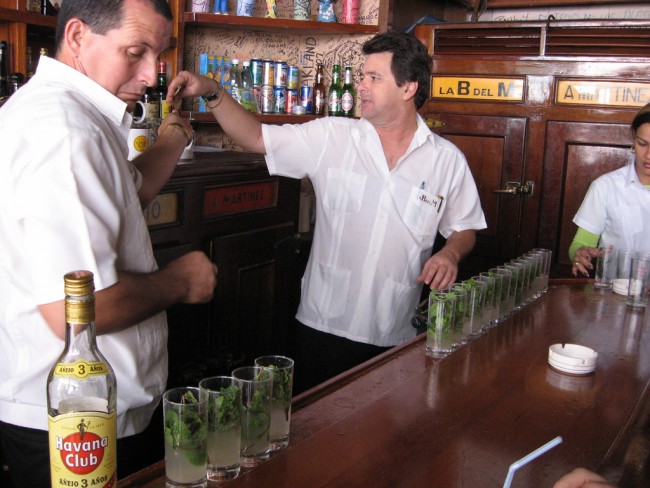 Mojitos are the bar’s signature drink—which they have been serving since 1942—and of course the menu includes all kinds of Cuban cocktails, as well as typical Cuban dishes: white rice, black beans, roasted pork, and tostones (fried plantains). The restaurant also allows smoking, so many people enjoy their cigars there while listening to live Cuban traditional music. 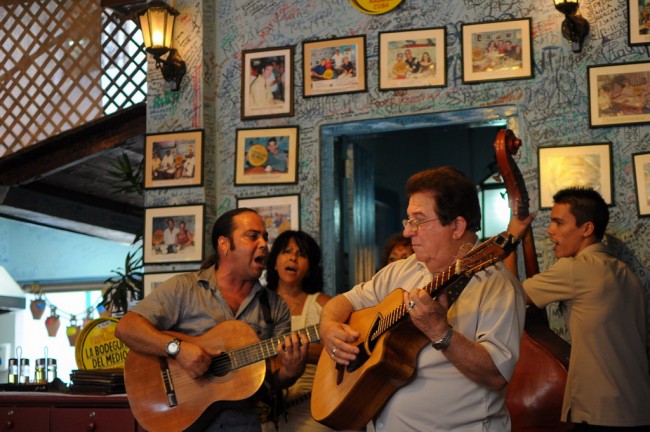 Be ready to wait in line

The small size that gives La Bodeguita its cosy feel, has become a problem as tourism has risen. Everyone who visits Havana wants to experience the venue and finding a free table may take a long time. It’s not uncommon for customers who’ve given up on finding a table to simply ask for a famous Mojito, and drink it on the sidewalk outside. 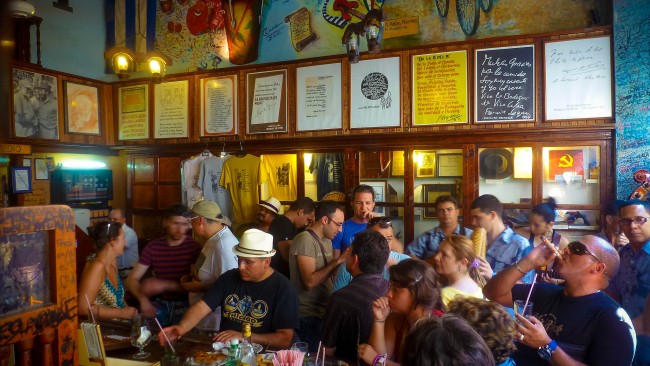 The place is full all the time | © Joao Vicente / Flickr

Some people will find the experience not worth the wait, not least because the Mojitos are more expensive than those in other bars. Alternatively some may wish to wait in line to be able to later show off photographs of the exclusive establishment, or even to copy the many celebrities and add their name to the walls. Overall, it’s an interesting spot, full of history, and well worth a shot.