An Introduction to Havana's Art Deco in 6 Buildings 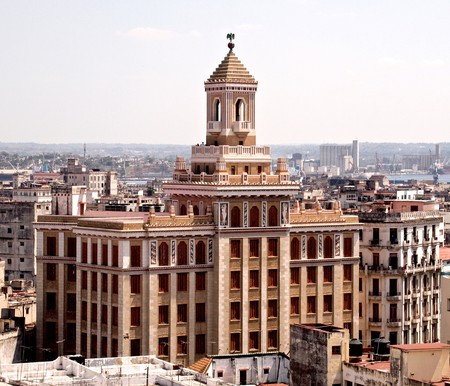 Art Deco arrived in Cuba in the 1920s, when the local market flooded with American products and movies. Having achieved its independence from Spain some 20 years earlier, Cuba was eager to reinvent itself as a modern nation, and the industrial look of Deco was the perfect option to break with the colonial imagery. Although the influence did not go as far as introducing skyscrapers to Havana, a series of tall buildings went up in the ’30s and ’40s, in the rectilinear, symmetric style of Deco. 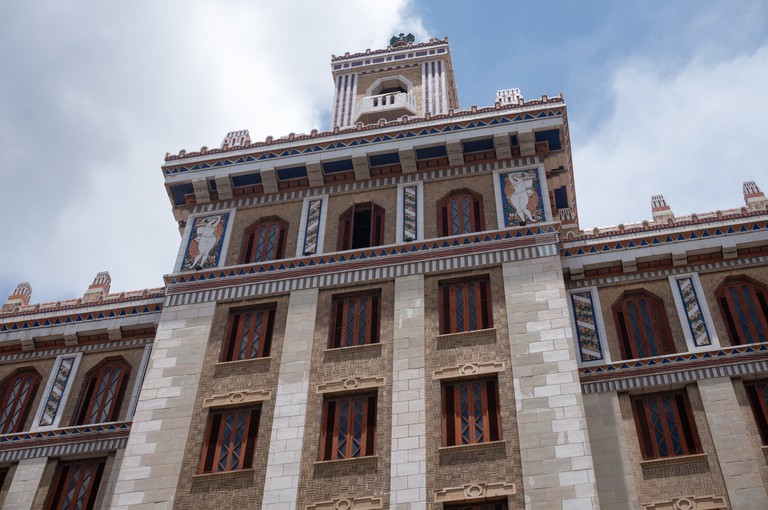 Bacardi Building, Havana | © jipe7 / Flickr
When it was inaugurated in 1930, the 12-story building became the tallest Cuba had ever seen. Originally built to house the headquarters of the Bacardi rum company, today it is an office building that accommodates foreign and Cuban firms.
Open In Google Maps
Edificio Bacardí, 261 Avenida Bélgica, La Habana, La Habana, Cuba
Give us feedback 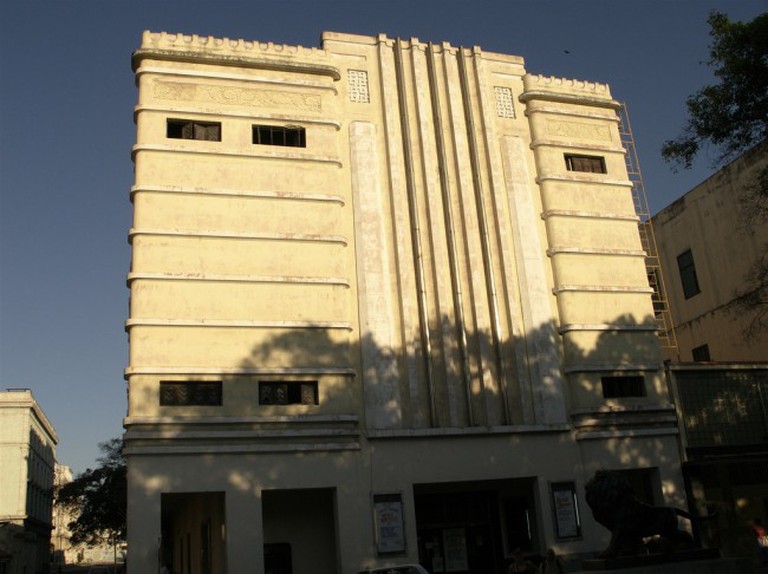 Fausto Theater, Havana | © Sandra Cohen-Rose and Colin Rose / Flickr
The Fausto Movie Theater may not seem as much today, but when it was inaugurated in 1938, it was an injection of modernity for Havana, with its brand new electric sign, over 1600 seats, steel plate furniture, and air conditioning system (the first ever in a Cuban theater). Make sure not to miss it during your exploration of Paseo del Prado, on the intersection of Prado and Colon streets.
Open In Google Maps
Havana, Havana, Cuba
Give us feedback

The America Theater still preserves some of the splendor that it radiated when it opened its doors to the public for the first time in 1941. The American influence is more visible here, in elements reminiscent of the Paramount Theater in Oakland, and the Rockefeller Center and its Radio City Music Hall. In addition to the theater, the building accommodates a housing bloc, a fast food restaurant, and a small store. The place is also famous for housing the Casa de la Musica de Centro Habana, one of the most popular night clubs among salsa dancers in Havana. 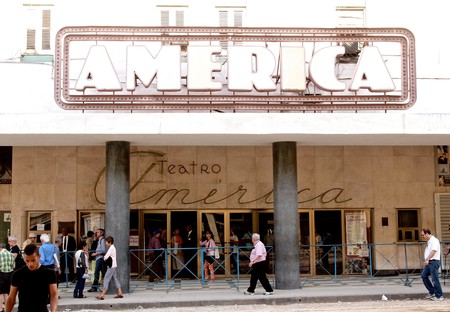 A massive apartment building near the intersection of 13 and L streets, the Lopez Serrano is also heavily influenced by American Art Deco architecture. It was built between 1929 and 1932, raising fourteen floors into the sky (ten floors of the apartment block plus four floors of the tower). Although in bad shape at the moment, it is still possible to see the red Moroccan marble plating on the walls of the hall. 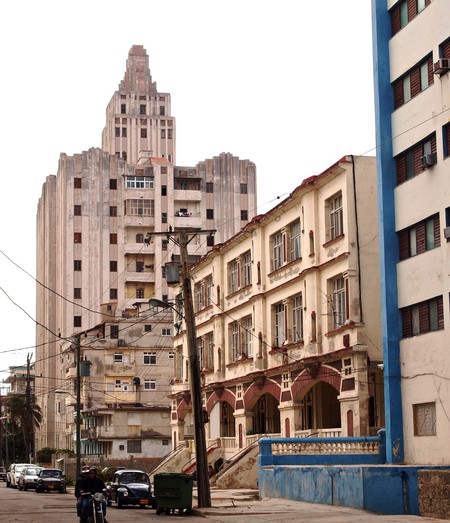 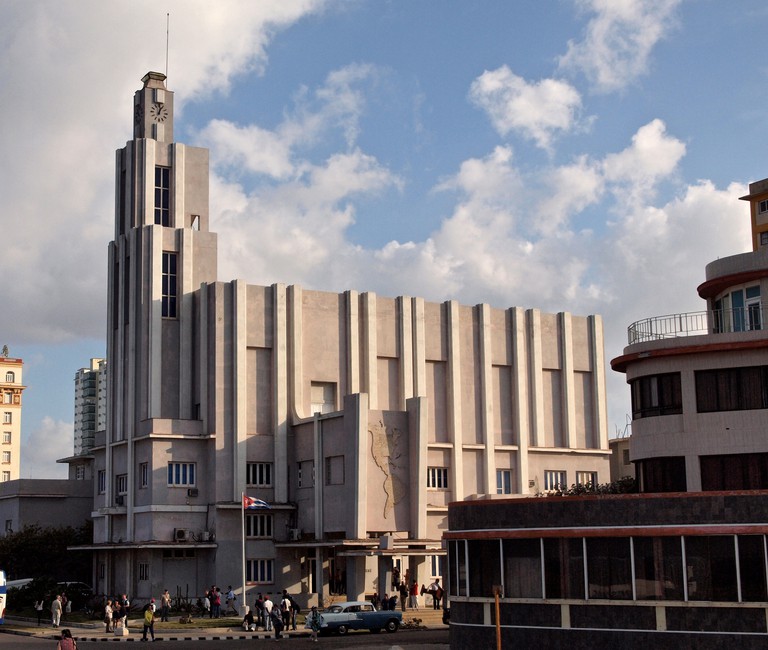 Casa de las Americas, Havana | © Sandra Cohen-Rose and Colin Rose / Flickr
Although this is a late example, and more Art Deco in appearance than in its essence, Casa de las Americas is a beautiful building that serves as headquarters to the cultural institution of the same name. In 1953, the tower that today gives the building its distinctive shape was added, and in 1959 it became what it is today: a center for the promotion of Latin American literature, music, and arts. Located in Vedado, very near Malecon, the center includes a library, a concert hall, and several rooms that host conferences, book launches, and literary workshops all year round.
Open In Google Maps
Havana, Havana, Cuba
Give us feedback

Art Deco was very popular in Havana, and there are many other buildings that you’ll be able to discover if you look carefully. The list includes La Moderna Poesia bookstore at the end of Obispo street, the old building of El Pais newspaper and the Ultra department store, both in Reina Street, Centro Habana; plus the Maternidad Obrera Hospital in Marianao, just to name a few. 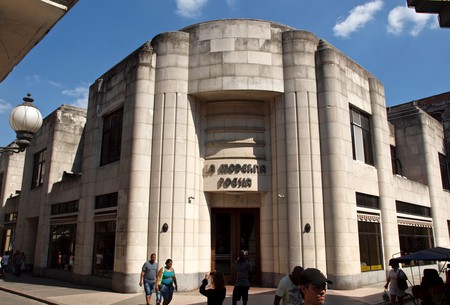