A Raw Glimpse Of Street Life In Havana, Cuba

Capitalism, Havana, Cuba © Cynthia Burkhardt
In Cuba, an overwhelming pulse of life, song, and warmth permeates the environment, despite the underlying hardship and political change buzzing beneath the surface. The spirit of Cuban people – whose unconditional thirst for life is inspiring – is what left the biggest impression on travel photographer Cyndie Burkhardt.

All eyes are now on the Caribbean nation of Cuba – a time-warp country where dilapidated pastel buildings stand alongside vintage cars dating back to the 50s. In the wake of President Obama’s historic decision to reestablish relations between the United States and Cuba, the passing of Fidel Castro, and the tsunami of tourists flocking to the island, Cuba stands on the precipice of unprecedented change. With signs of tourism already beginning to alter the island, Burkhardt aimed to capture the raw vitality of local Cuban life on the streets of Havana. 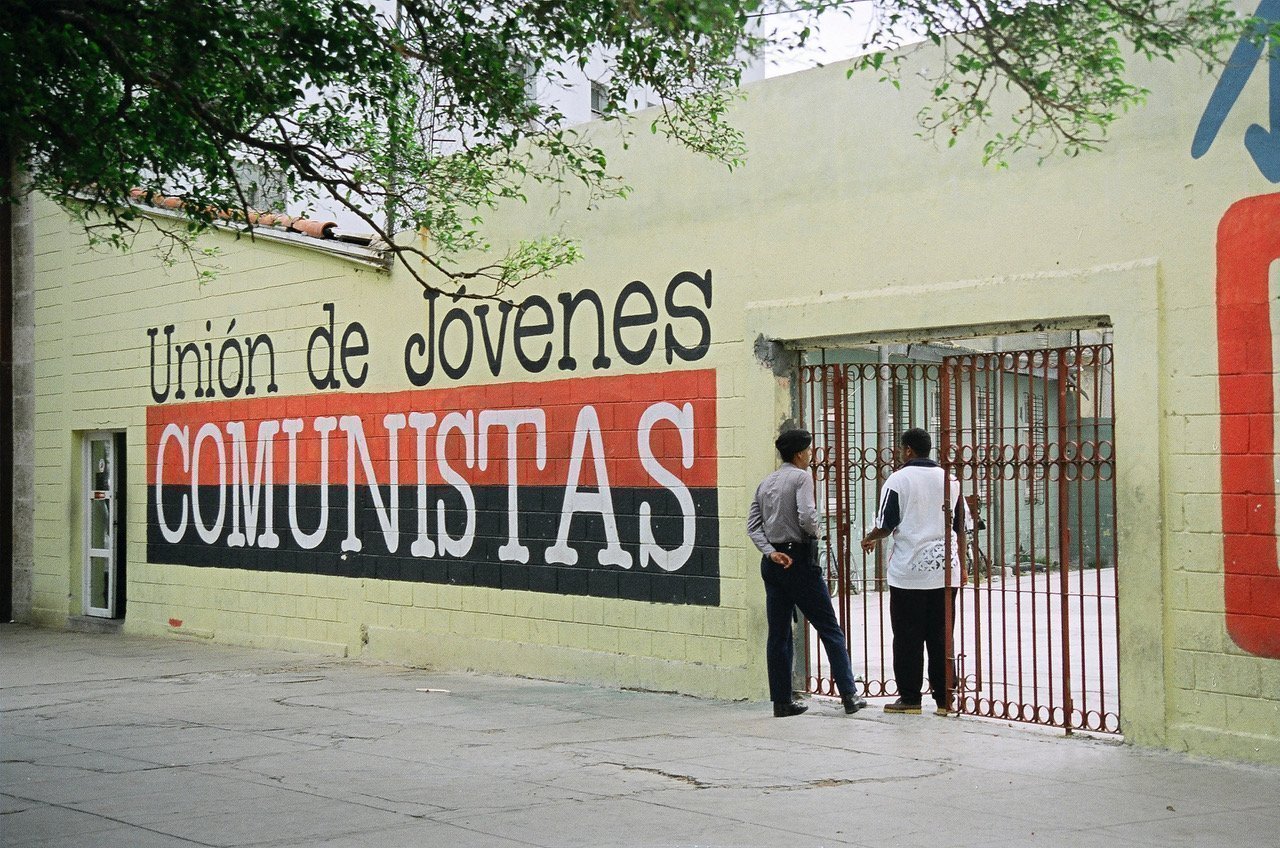 The Unión de Jóvenes Comunistas is a popular gathering spot for youth members of the Communist Party of Cuba. Since the passing of Fidel Castro, his brother, Raul, has assumed power as president of the country. Photo snapped in Central Havana. 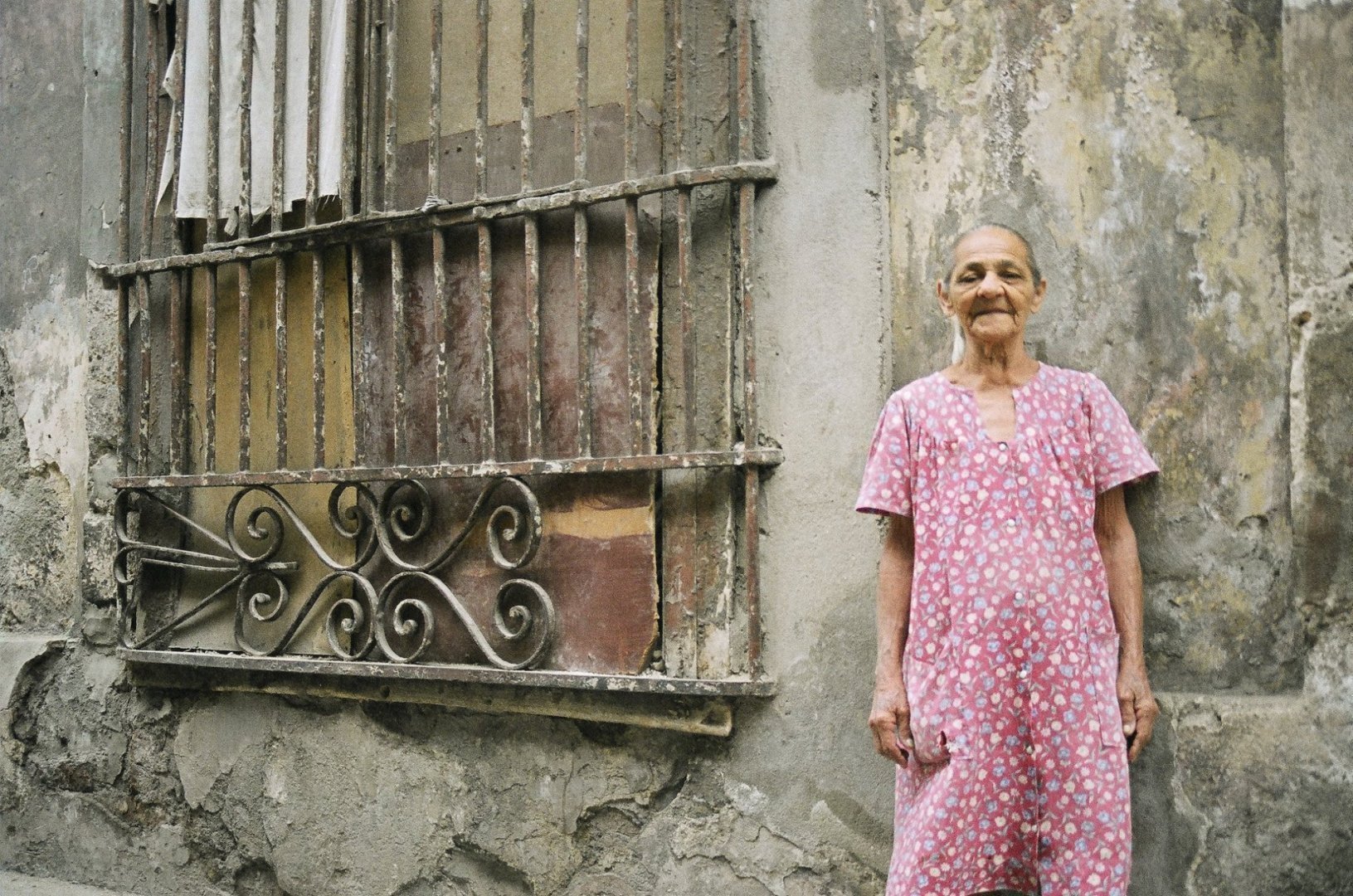 A local Cuban poses in front of her home © Cyndie Burkhardt

A kind, elderly Cuban woman stands humbly in front of her home in Old Havana. Old Havana was deemed a UNESCO World Heritage Site in in 1982, and a restoration campaign was launched to restore the crumbling facades of the city. 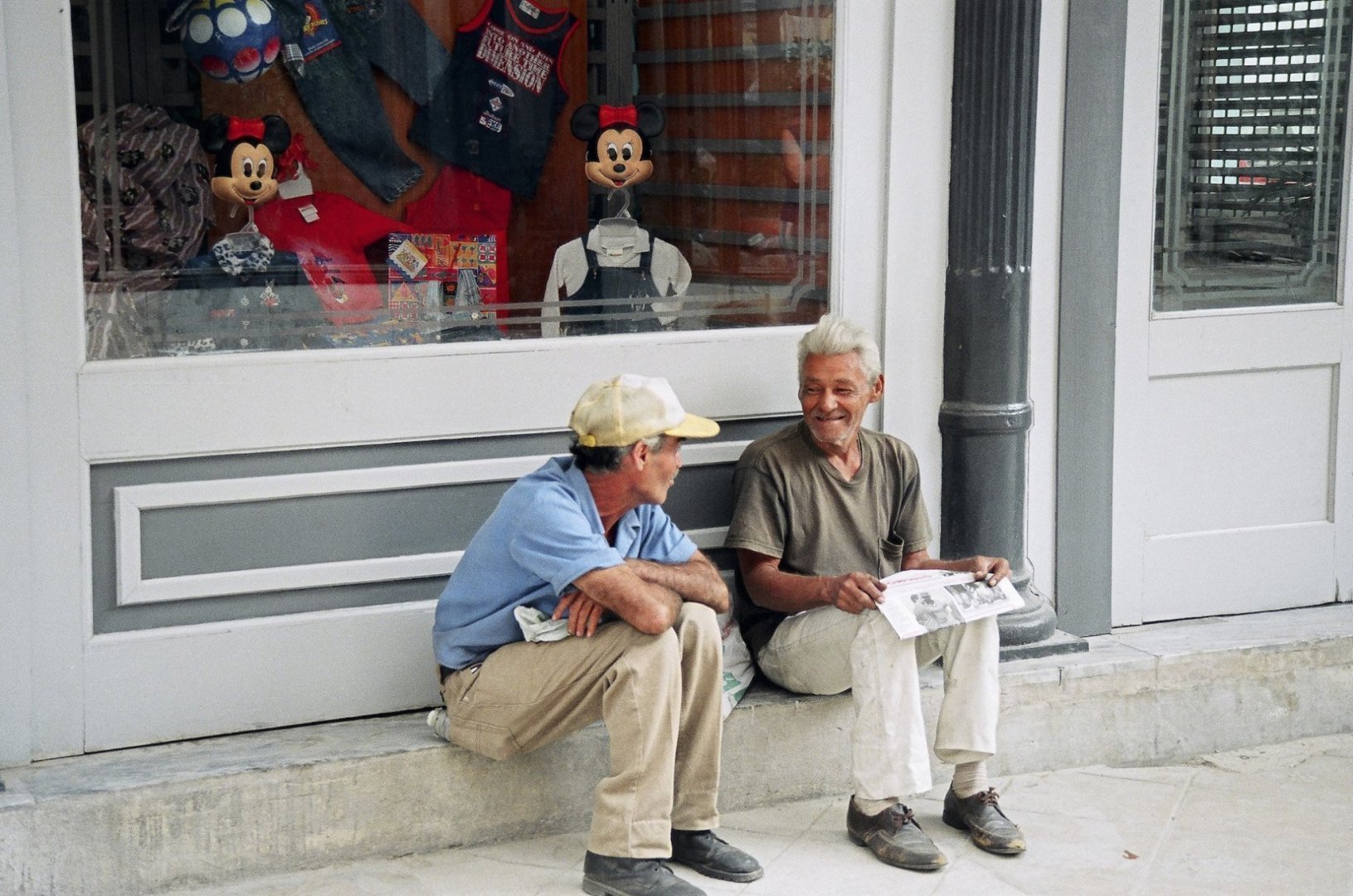 Last year, a multitude of airlines – including Delta, JetBlue and Alaska Airlines – launched routes to Cuba from the United States, opening up American tourism on the island for the first time. Western influences are now easily found in all types of shops around the city. Photo taken in Central Havana. 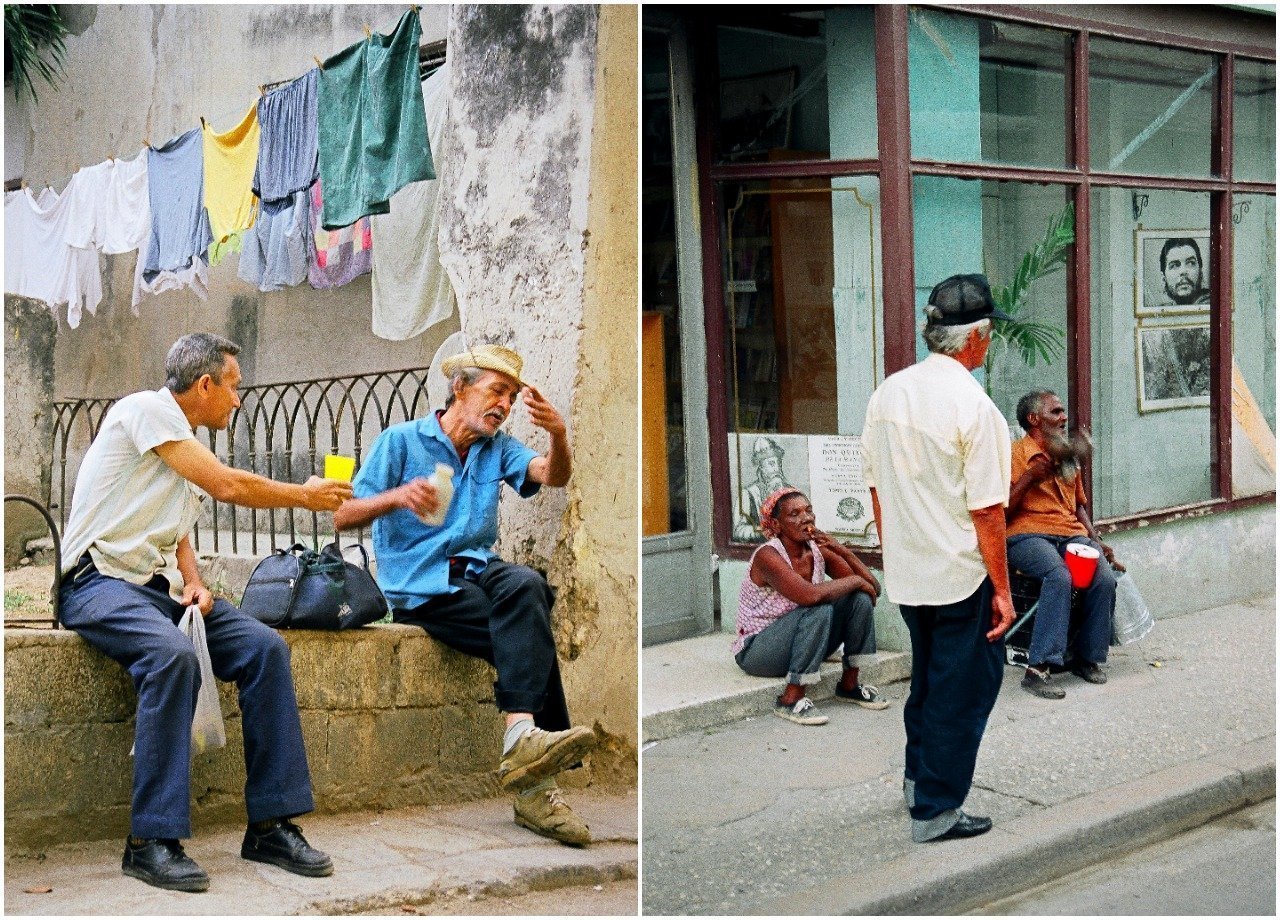 Pictured right: Allegiance to the Revolution and Cuban culture as a whole is thriving on the streets, evident in visual representations found around the city.

Pictured left: Men gather for companionship and discuss the news of the day. Photo taken in Old Havana. 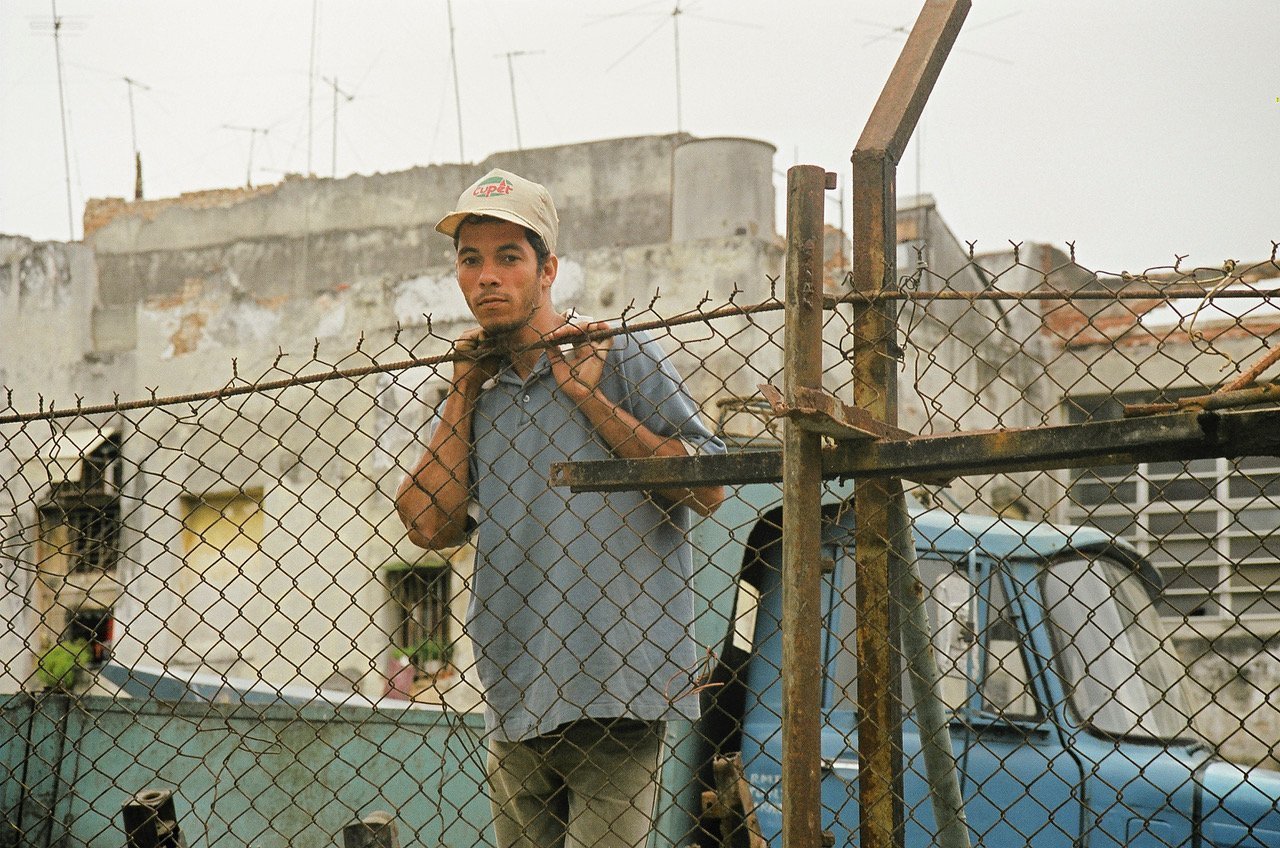 Buildings in Havana are famously crumbling due a variety of factors – salt spray, humidity and temperamental weather, and overpopulation. A decrepit environment occasionally spills over and reflects the personal, as seen in a young man’s eyes in Old Havana. 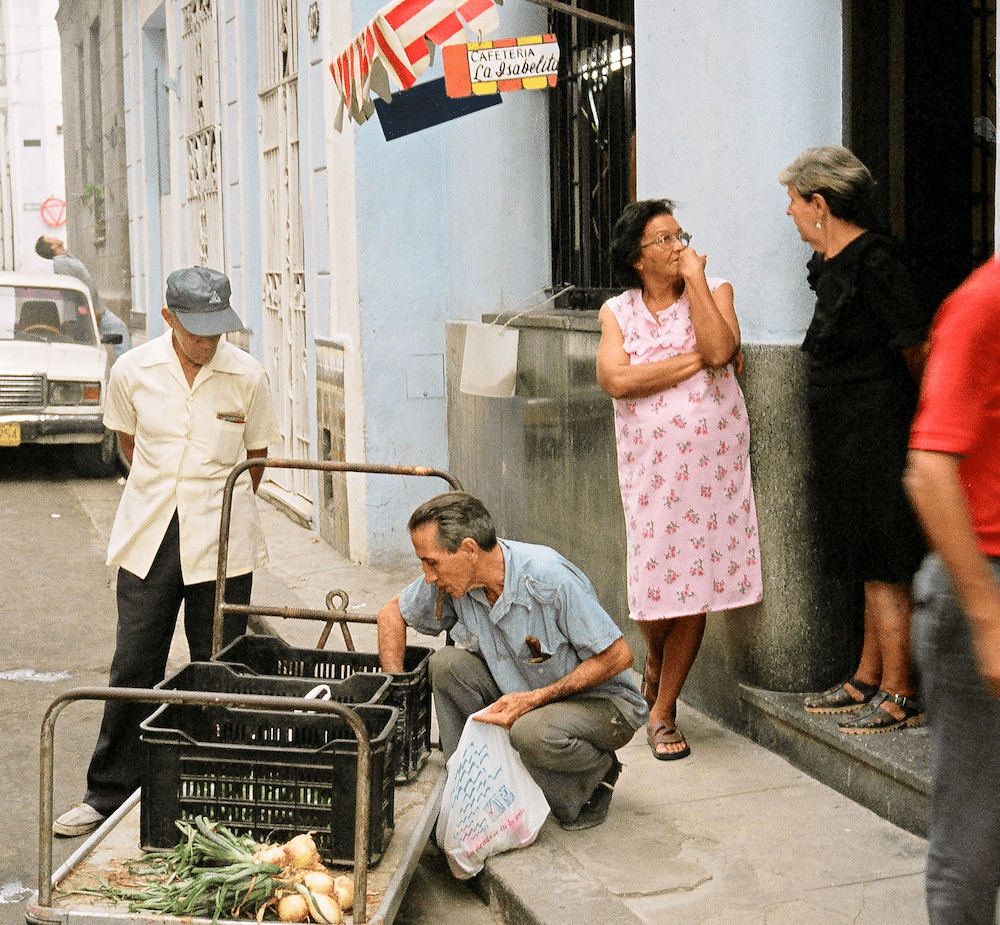 According to the World Food Programme (WFP), Cuba imports 70 to 80 percent of its food supply, as a response the government is trying to promote more sustainable farming and agriculture to revitalize the local food economy. Pictured here, a farmer wheels a mobile market through the streets greeting people and selling fresh produce in Central Havana. 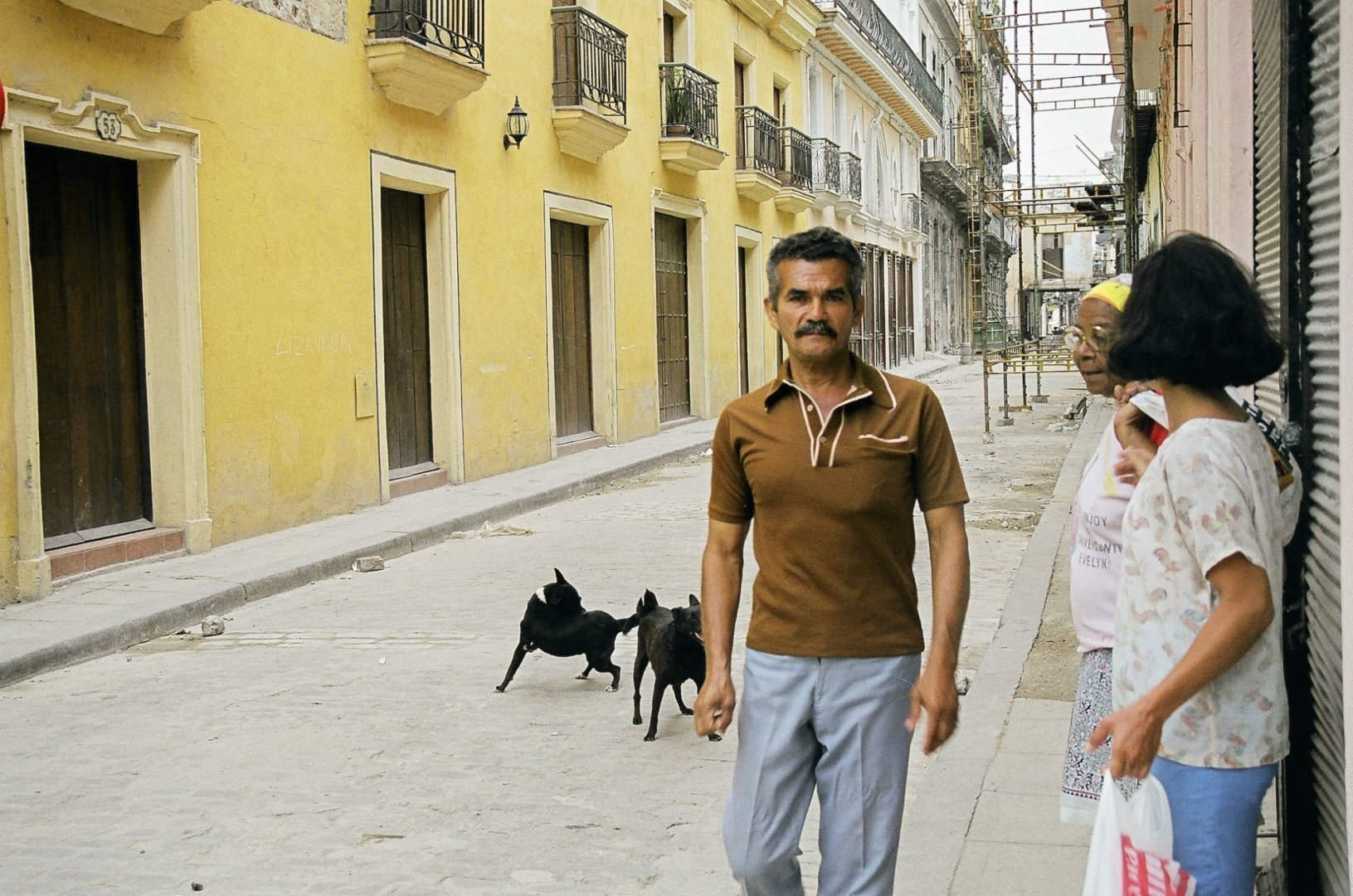 Mornings in Cuba are typically full of social gatherings, meeting neighbors, running errands, and getting on with the business of living life. Photo taken in Central Havana. 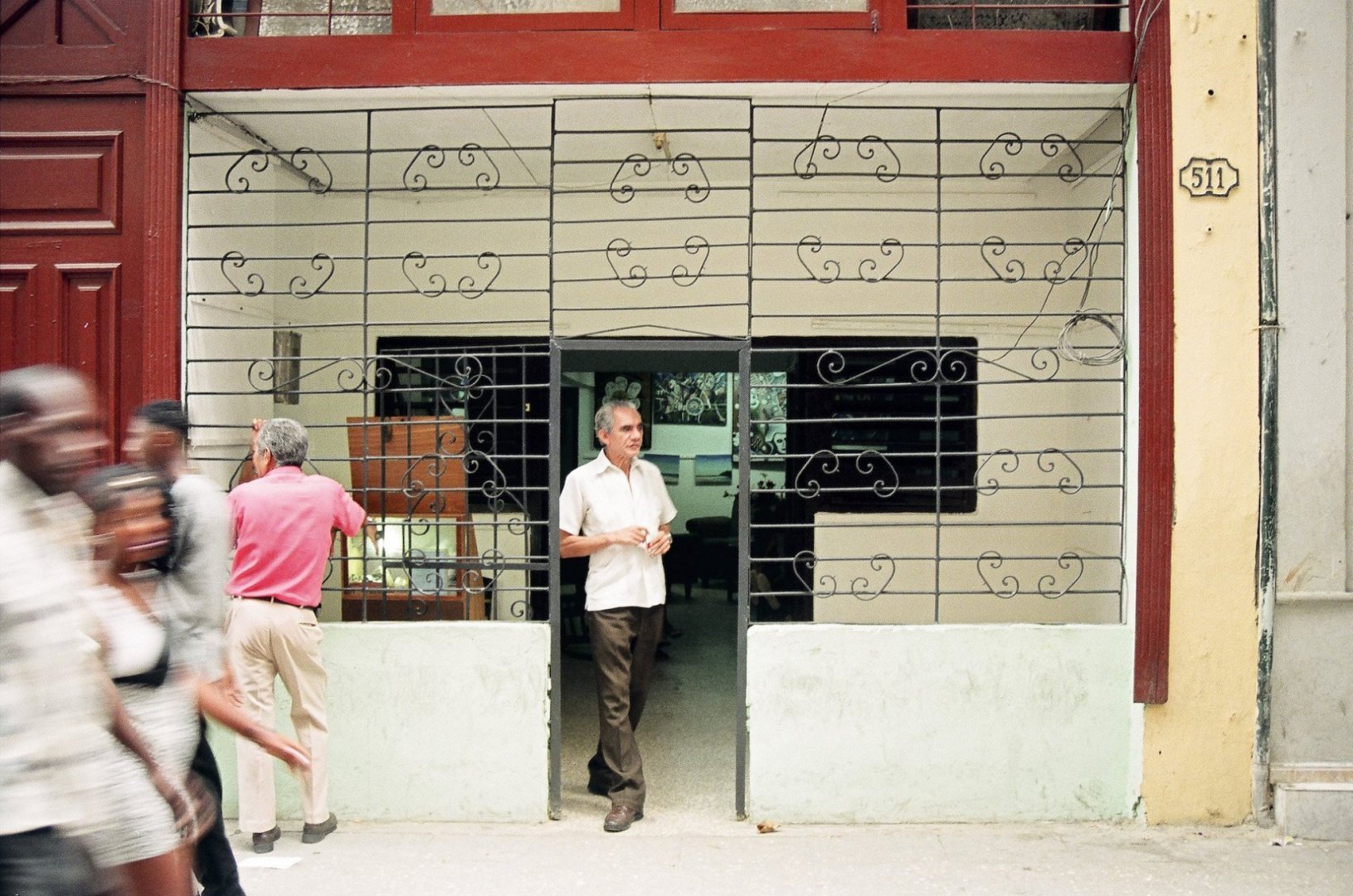 A man dressed in a traditional Cuban “Guayabera’ shirt stands in front of a wrought iron storefront on a busy afternoon in Old Havana. 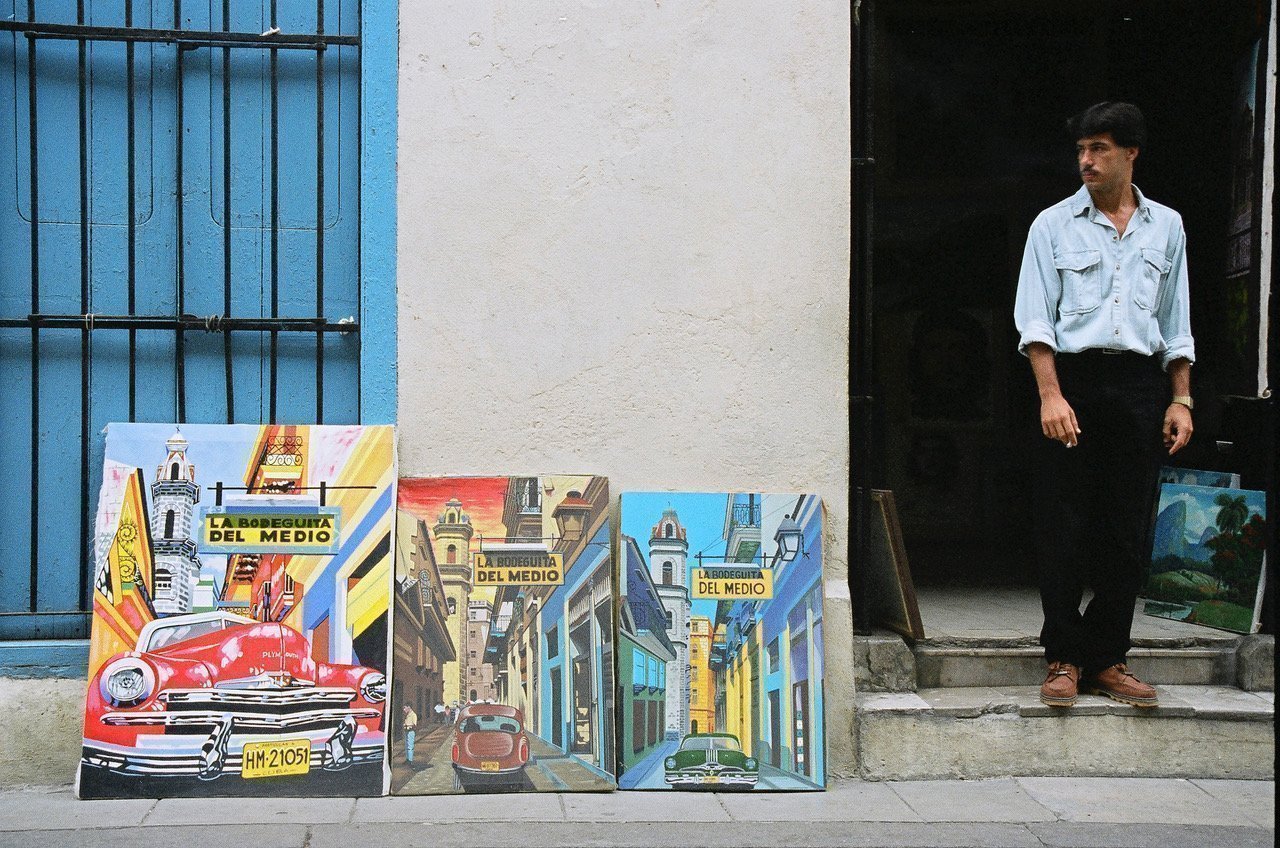 For more photography from life in Cuba, check out this photo story on boxing in Havana!