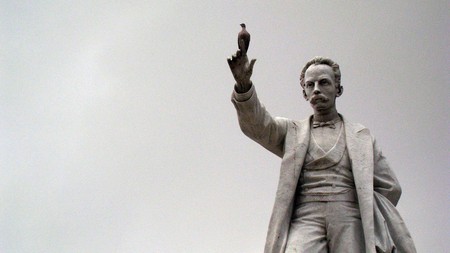 The ideas and writings of José Martí have been influencing Cuban education and culture for so long that any attempt at understanding the country and its people has to take his legacy into consideration. Declared Cuba’s National Hero for his role in the war that liberated the country from the Spanish Crown, Cubans of all ages study his poems and essays, and his image is a constant presence in public places. These are a few of the most important places linked to his life and ideas in Havana.

Martí spent most of his life in exile. Deported at 17, he came back to Cuba several times for short periods, but he never lived permanently in the country again, which makes Havana—his birthplace—the city that treasures the most historic places linked to his life.

The house where he was born on January 28, 1853, at 41 Paula Street in Old Havana, is now a museum, holding a collection of objects linked to his life, and once housed a family of 10: Martí’s parents, his seven sisters, and himself, the eldest. Seven rooms devoted to different periods of his personal history, including a replica of his office in New York, display the various objects. Inaugurated in 1925, this is the oldest museum in Havana. 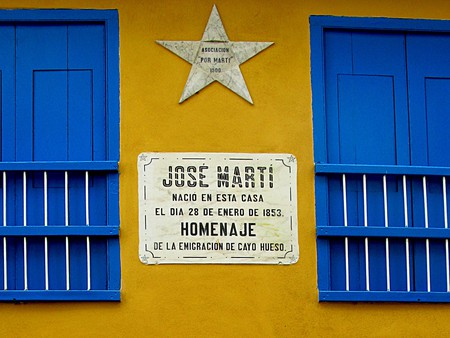 Martí was baptized 15 days after his birth, on February 12, 1853, at the Santo Angel Custodio Church, which preserves most of its old appearance.

Arrested at the age of 16 for writing a letter to a classmate who had joined the Spanish Army, José Martí was sentenced to six years of imprisonment with hard labor. Part of the area of the San Lazaro Quarry, where he was sent to cut rock, is now a memorial called Fragua Martiana, in reference to the role it played in forging Martí’s character. Since its inauguration in 1952, it’s been the place that marks the end of the March of the Torches (see below).

The first statue of José Martí ever installed in Cuba is the one at Parque Central (Central Park). Sculpted by José Villalta de Saavedra, it came to replace the statue of Queen Isabella II of Spain, a symbol of the colonial past. 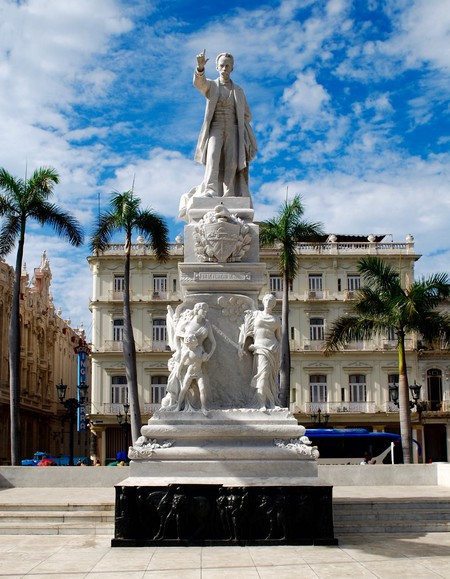 In the center of the famous Revolution Square is an 18-meter-high (59-foot) sculpture of José Martí, made up of 52 blocks of marble. The obelisk behind the statue is Havana’s highest point at over 112 meters (367.8 feet). At the base of the monument is the José Martí Memorial, where 79 of his quotes decorate the walls, and some of his books and personal objects are on display. 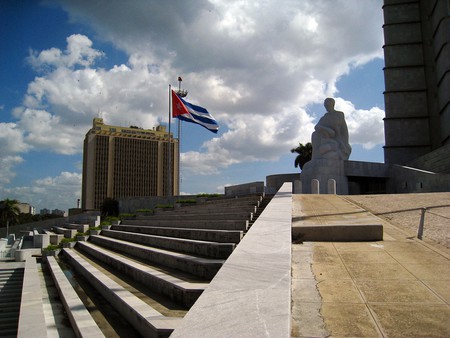 Located across from the U.S. Embassy in Havana, the José Martí Anti-Imperialist Grandstand (Tribuna Anti Imperialista José Martí) was built in 1999 to hold demonstrations demanding that U.S. authorities return child Elian Gonzalez to his father in Cuba. A statue of Martí protectively holding a toddler in his arms while making a defiant gesture in the direction of the former U.S. Interest Section rises on one of the extremes of the grandstand—it’s also making a reference to Martí as a loving father.

March of the Torches

Every year on the eve of January 28th, people from Havana, mainly university students, march from the University of Havana to the Fragua Martiana to celebrate Martí’s birthday. The march, held for the first time in 1953 (the 100th anniversary), was first organized by the Federation of University Students and has become an important tradition in Cuban university life. 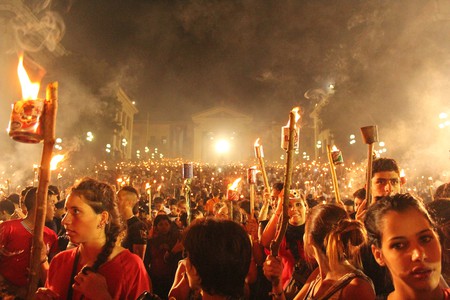 Probably Cuba’s most famous song in the world, “Guantanamera” combines a chorus that makes reference to a woman from Guantanamo, a province in eastern Cuba, with poems by José Martí, all set to music. It was this adaptation featuring his Simple Verses (Versos sencillos) that made the song so famous and gave it a more patriotic meaning.
Listening to a traditional Cuban music band playing this song is simply one of the many ways in which visitors will sense José Martí in Havana. 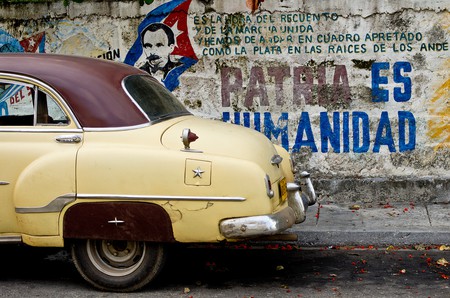