A Guide to Sailing in and Around Cuba 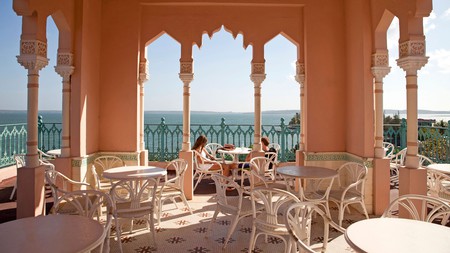 Cuba is incapable of doing things by halves. Its port cities are bursting with Latin drama: the salsa, the mojitos, those cigars. Of course, there’s a dramatic history to uncover in its crumbling colonial architecture, too. For the nature lovers? The most biodiverse spot in the Caribbean brings with it Unesco-protected coral reefs teeming with more shark species than you knew existed. World-class diving happens in topaz waters, and there are miles of untouched coastline to explore. In a word, thrilling.

Sail around the Cuban coast in style with a yacht charter from SamBoat.

Before setting sail from Cienfuegos, it pays to have a look around. The Pearl of the South has some knockout architecture, best enjoyed with a stroll down waterfront Punta Gorda, followed by the neoclassical Paseo del Prado. Rum-infused sundowners at waterside Club Cienfuegos complete a special day. 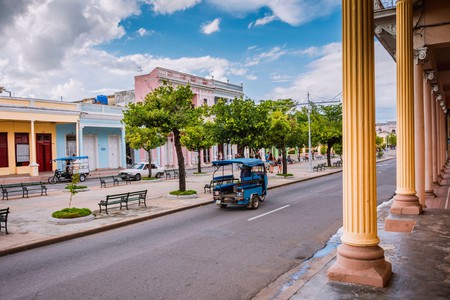 The largest of Cuba’s coral cays, Unesco-hotspot Cayo Largo is destination one for snorkelling. The prettiest of the reefs is just off Playa Sirena, where you’ll bump into rays and a hammerhead shark or two. Onshore, flamingos and hummingbirds are arresting, but it’s the noble turtle that steals the show, nesting on beaches whiter than your charter’s sails. 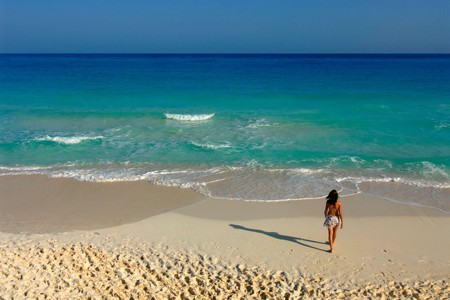 And, of course, the capital Havana. Walk towards the first vintage American car you see and enjoy a chauffeured cruise along the legendary Malecón esplanade. Have your driver drop you at Hamel Alley in central Havana. It’s the best spot to imbibe the Afro-Cuban culture through street art and live rumba.

Marlin Marina Cienfuegos is the launchpad for your Cuban yachting adventure. While you’re there, be sure to spend some time at Club Cienfuegos, whose ostentatious architecture and white-glove service lend a golden-age atmosphere. 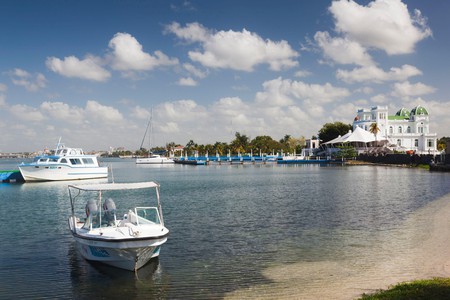 If you drop anchor anywhere, stop between Cayo Anclitas and the Los Jardines de la Reina archipelago. What’s known as the Galapagos of the Caribbean, is an uninhabited wilderness with over 50 diving sites. Otherwise, don’t miss paradisiacal Varadero on the Hicacos Peninsula, where you’ll find Cuba’s most beautiful beaches.

Between food shortages, and the insipid meals of its state-run restaurants, Cuba was known for its dismal dining scene. Things improved dramatically when private restaurants or paladares were first permitted in the ‘90s, though, and now quality cocina criolla is out there. Just up the road from Marina Hemingway in Havana is the venerable old La Fontana. It serves the city’s best barbecue food (careful, as portions are huge) and pairs it with live jazz. Not far away is El Rum Rum, which does a lip-smacking seafood stew. It also has both a wine and cigar sommelier. On the south coast, Cienfuegos’s Doña Nora on the Prado, dishes French flavours with silver service. 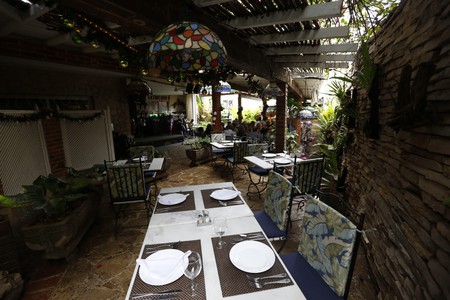 Cuba’s cayes and coasts are perfect for exploring by boat. SamBoat has an extensive range of vessels, including catamarans you charter to cruise the Cuban coast. There’s space for soaking up the scenery, with some accommodating up to 14 passengers.

If you’re looking to load up before setting off from Cienfuegos, the nearest minimarket is Punta Gordo on the Paseo, which stocks dry goods in bulk, depending on availability. For fresh fruit and veg, you’re best off heading to the farmer’s market near Plaza José Marti.

The only sailing event of note in Cuba is the Conch Republic Cup, a one-way, week-long regatta every May, from Florida’s Key West to Havana. American political pressure forced a hiatus in 2003, but the race – which aims to foster good relations between the two countries – started up again in 2016. 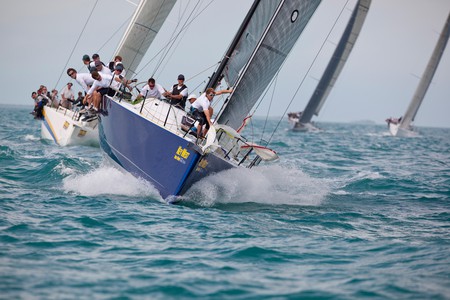 Reliable trade winds blow from the east, with a tendency to the north in winter and south in summer. Wind speed averages at 10 to 15 knots in winter and 5 to 10 knots in summer. Cuba’s tropical climate makes it agreeable year-round, though for consistent blue skies visit in spring. Hurricane season in Cuba runs from June to November, though Cuba experiences the lowest frequency of hurricanes in the Caribbean.

The quickest and easiest way to Cienfuegos from Havana’s José Martí international airport is by car, which takes about three hours. If you’re travelling relatively light and want to keep spending down, take the direct trains (seven hours) or buses (five hours). The latter runs twice daily (7am and 10:45am).