<a href="https://www.flickr.com/photos/eric81/9598064470/">Paseo del Prado, Havana | © Eric Borda / Flickr</a>
As a city with 500 years of history, Havana has hundreds of places of interest, from monuments and historic places, to night clubs and art galleries. Make the most of your time in Cuba and see as many of these 20 must-visit attractions as possible.

A community center devoted to preserving Afro-Cuban culture and values, this small alley in Centro Habana is a permanent street gallery of murals and graffiti. Enjoy dance performances, or even take rumba lessons here. 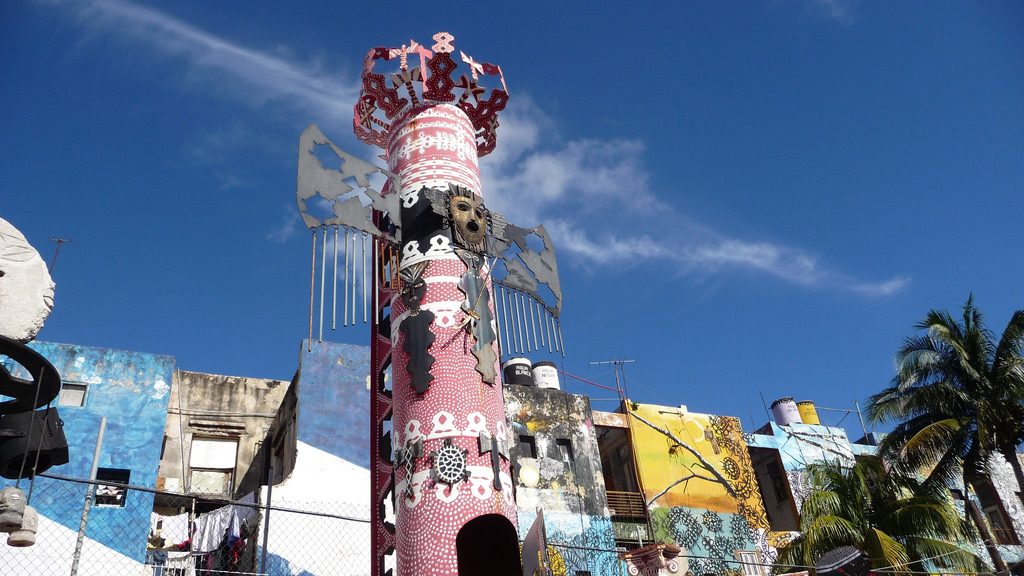 Across from the U.S. Embassy in Cuba, this platform features built in 1999 (following the Elián González case) now serves as a concert ground where prominent national and international bands and artists regularly perform. The Tribuna Antiimperialista features a statue of national hero José Martí and motifs linked to Cuban culture and history.

This square witnessed some of the historic speeches and rallies that changed the history of Cuba in 1959. At the base of the José Martí monument is a museum providing access to the top of the tower, from where visitors can enjoy great views of the modern parts of the city. The plaza is also a gathering point for convertibles and one of the main stops of the Havana Bus Tour. 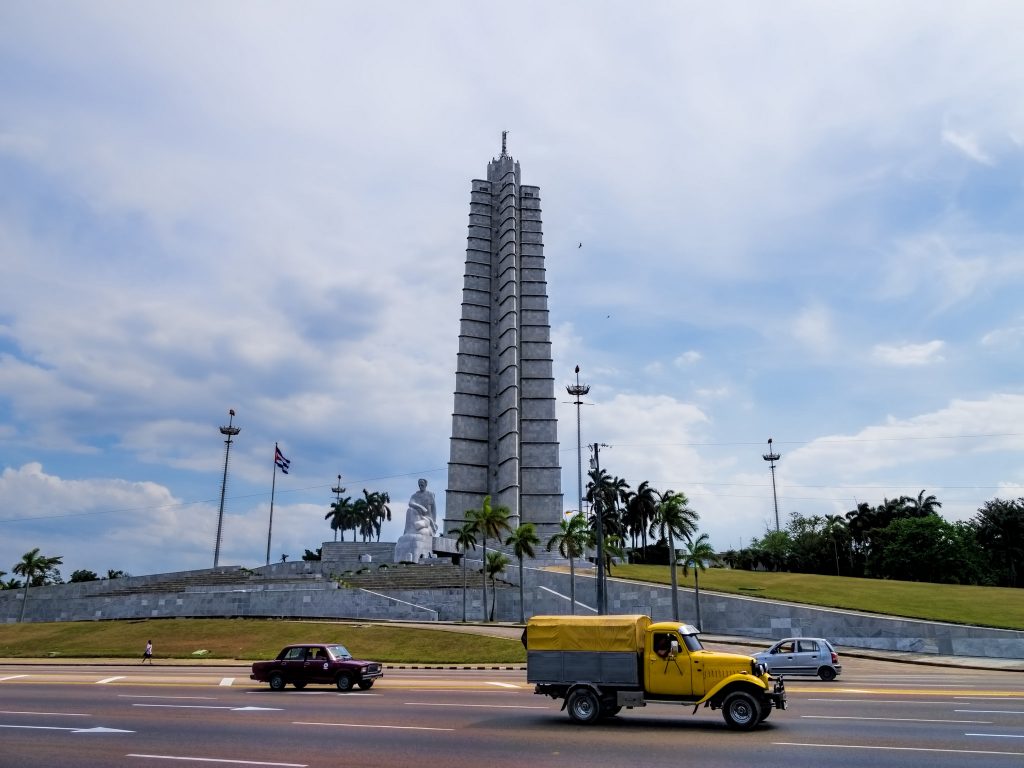 The uncontested center of Havana’s nightlife, Cuban Art Factory (Fabrica de Arte Cubano, or FAC) is one of the can’t-miss places in the city. A former factory turned into a stylish cultural center, FAC offers art shows, live performances by some of the best musicians in the country, and a long menu of drinks and snacks.

This arts complex, created by Cuban artist Jose Fuster, is a fantasy land of glass, clay, and murals that started as a personal project and ended up expanding to the local community with a powerful, mesmerizing effect. Shapes and characters native to Cuban Santeria intertwine with scenes of Cuban history and other fictional characters in a very unusual setting. 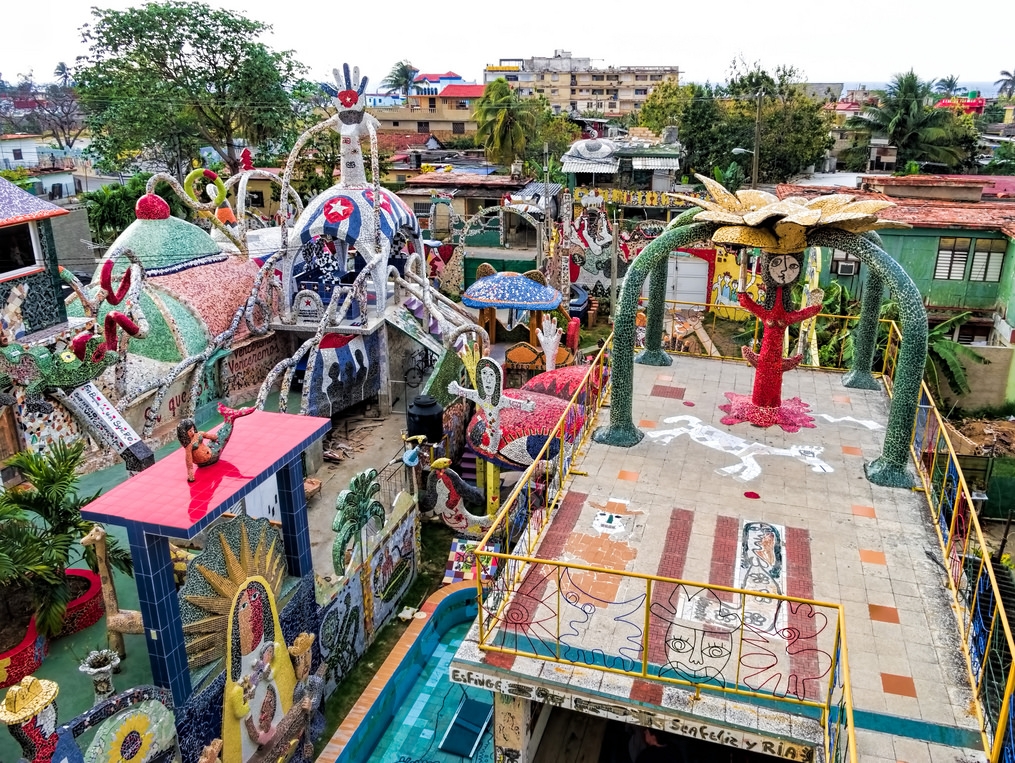 Museum
Discover the history of Cuban art in only a couple of hours walking through this beautiful museum, hosting some of the most important artworks by Cuban artists from colonial times to the present. Don’t miss the room devoted to Cuban contemporary art or the modern art section featuring the works of Wifredo Lam.
More Info
Open In Google Maps
Havana, Havana, Cuba
+5378633763
View menu
Visit website
Visit Facebook page
Send an Email
Give us feedback

Museum of the Revolution

Cuba’s struggles for liberation, first from the Spanish Crown, and then from a dictatorship that sank the country in an extreme crisis in the 1950s, are summarized in the Museum of the Revolution through a display of objects belonging to some of the heroes and villains in Cuba’s story. The collection is housed in the beautiful building that was Cuba’s Presidential Palace in the first half of the 20th century. 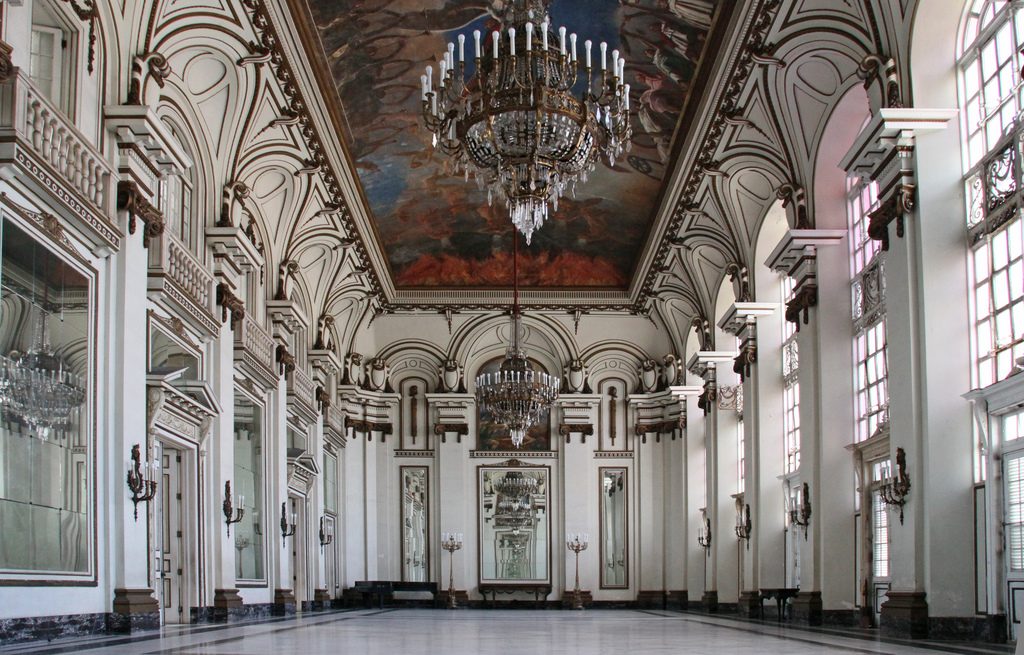 The famous seawall that has served as border between Havana and the Caribbean Sea for decades, offers plenty to see and do. Walking from one of its ends in Old Havana to the other end in Vedado is a great way to see a good chunk of Havana.

Finca la Vigía is a beautiful museum that offers an excellent firsthand view at the life and personality of Ernest Hemingway and his years in Cuba. His former home houses a large collection of personal objects (such as his old boat, El Pilar) and the house itself are certainly worth the five-mile trip to the outskirts of the city.

The number one accommodation option for millionaires and movie stars visiting Havana in the 1950s, the National Hotel preserves part of its beauty as one of Havana’s best cultural hotels. One of the architectural landmarks of the city, it’s also worth visiting to spend an afternoon in its ample gardens overlooking the Malecón.

There are all kinds of beaches to choose from in Cuba, but Playas del Este, a long beach strip on the northeastern coast of Havana, is a convenient one- or two-hour getaway, close enough to get there and back on time to continue exploring local restaurants and nightclubs. Rent a maquina to get there, or take the T3 Havana Bus Tour.

The colonial building that gives name to the beautiful San Francisco Square is one of the tallest in the area and offers great views from the top of its tower. It is also a concert venue for traditional and new music festivals. 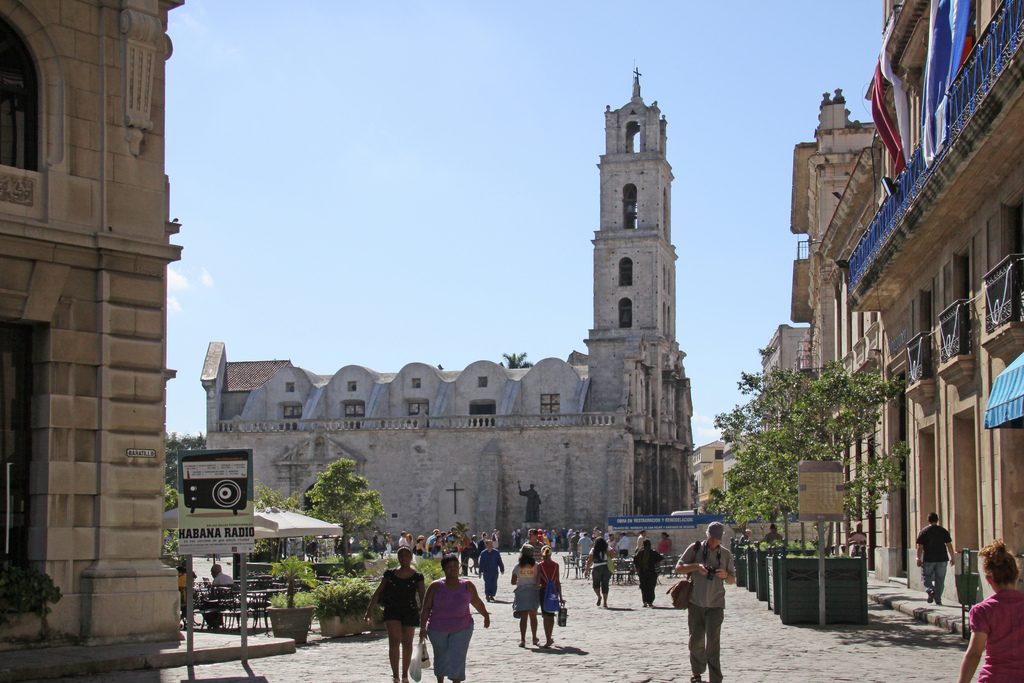 Cemetery
Colon Cemetery, Havana | © Pedro / Flickr
The Colón Cemetery is Havana’s main cemetery and—with over 500 mausoleums and family vaults, 800,000 graves, and over 1 million interments—one of the largest cemeteries in the world. In addition to being the last resting place of prominent figures of Cuban art and history, the cemetery exhibits beautiful monuments made of Carrara marble and granite.
More Info
Open In Google Maps
Havana, Havana, Cuba
+5378305515
View menu
Visit website
Visit Facebook page
Send an Email
Give us feedback

Building
Capitol Building, Havana | tpsdave
Built in 1929 to serve as the seat of the Cuban government, the Capitol Building is a magnificent building on Havana’s architectural landscape. It’s been undergoing renovations for a while now, and unfortunately it can only be seen from outside for now. Construction should end within the year, but it’s not clear how much access visitors will have after its reopening.
More Info
Open In Google Maps
Havana, Havana, Cuba
+5378603411
View menu
Visit website
Visit Facebook page
Send an Email
Give us feedback

Have a look at how cigars are made at one of the main cigar factories in the country. Located behind the Capitol Building, this factory offers tourists the opportunity to visit the plant and see how workers roll cigars and build the boxes in which they’re sold. The one-hour tour will takes visitors through the different floors of the building while a guide details cigar production.

Tropicana is Cuba’s most famous cabaret, interestingly, one of the few icons of capitalism that the Cuban Revolution did not shut down following the 1959 revolution. To this day, it remains an exclusive and pricey hot spot in Havana’s nightlife.

Probably Cuba’s most famous restaurant bar, La Bodeguita del Medio became famous in the 1950s as a bohemian bar that attracted some of the most important artists, journalists, and writers of the time, including Ernest Hemingway, whose legacy is amply remembered with paintings and relics of his time there. It’s always packed, so be ready to get in line.

Morro Castle, a fortress at the entrance of the Havana Bay, is famous for its lighthouse, which has become one of Havana’s most iconic buildings. The fortress is now a museum with different artifacts on display linked to the lighthouse and its keepers as well as old artillery pieces from old ships. 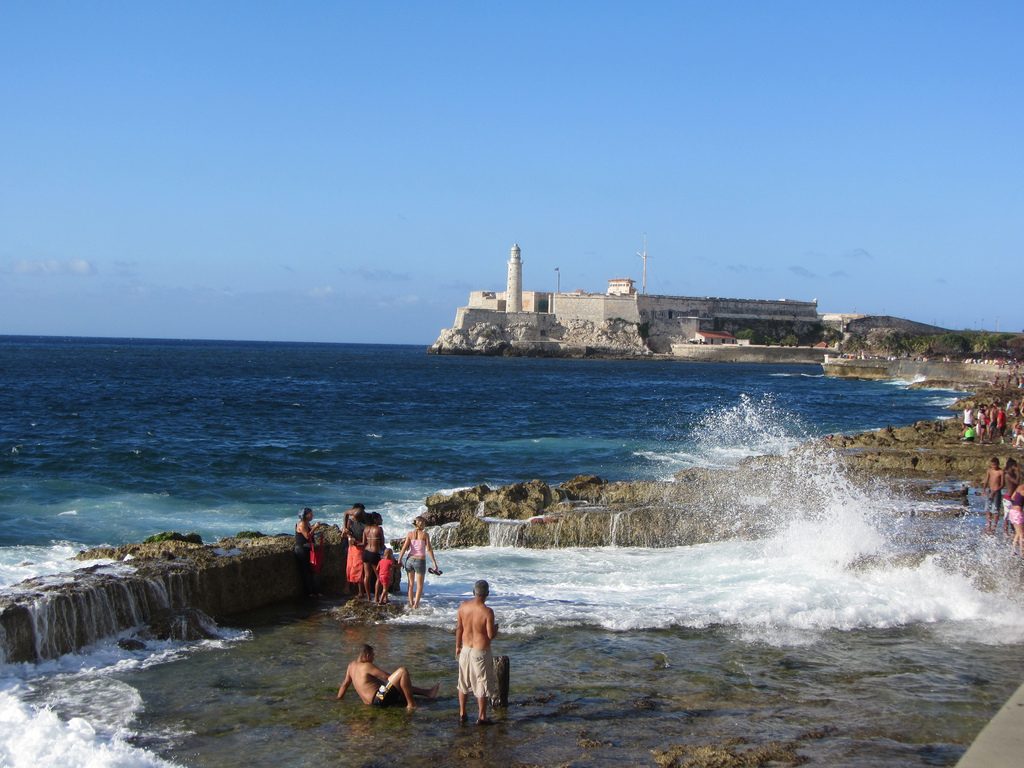