Must-Visit Attractions to See in Cuba 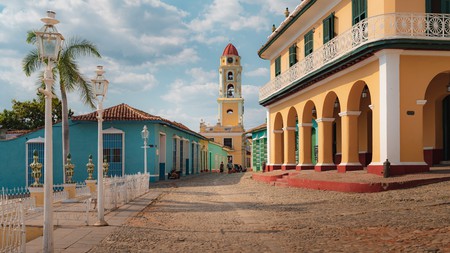 Discover the beautiful, colourful architecture of Cuba when you visit this Caribbean island | Photo by Daniel Seßler on Unsplash

Cuba might be famous for its diamond-dust beaches, but a trip across the Caribbean island will take you to colonial cities including Trinidad, rum haunts along Calle Obispo in Old Havana and mountains like El Yunque. Here’s our rundown of the best ways to spend your time in the Republic of Cuba.

Sail the sights of Cuba by renting a boat with SamBoat. 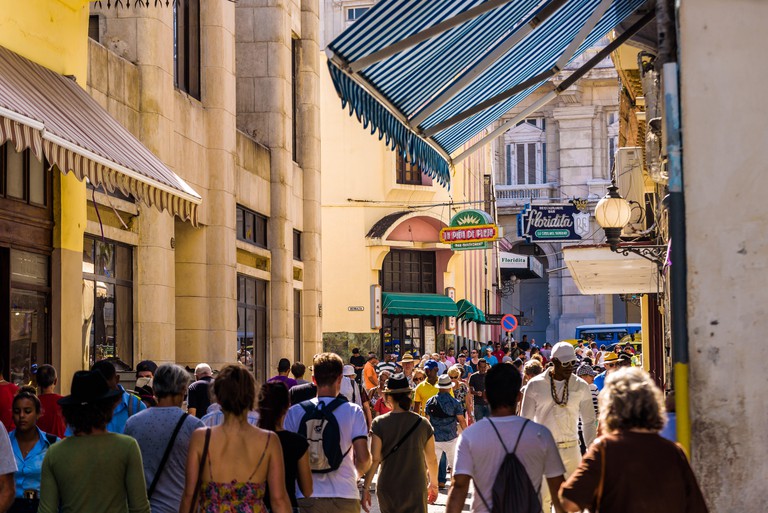 © Roberto La Rosa / Alamy
Spanish empire galleons, loaded with the treasures of Latin American colonies, were packed in Havana harbour for several hundred years. The Spanish crown, nobles and merchants built a magnificent city that spread west from the harbour along the capital’s Atlantic seafront. Stroll past the limestone porticoed mansions and sunny squares of Old Havana, anchored by pretty fountains, and peek into hallowed churches. Then duck into the new wave of cool bars and restaurants, serving up homemade Cuban and international cuisine, and indy stores selling their creative wares.

Snorkel over war wrecks in the Bay of Pigs 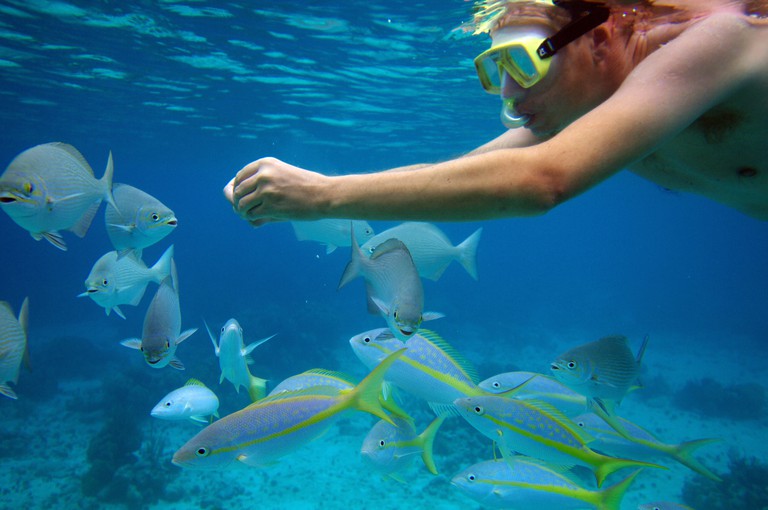 © TravelMuse / Alamy
Pack your snorkel gear and head to the tiny coves along the fretted limestone coast of the Bay of Pigs. Colorful parrotfish, angelfish and sergeant major flit about the gin-clear waters off Punta Perdíz. Just below the vibrant marine life are a couple of shipwrecks from the failed US invasion of Cuba in 1961. Book a day on a yacht with SamBoat to explore the surrounding area – minus the crowds.

Kick back on the white sands of Varadero 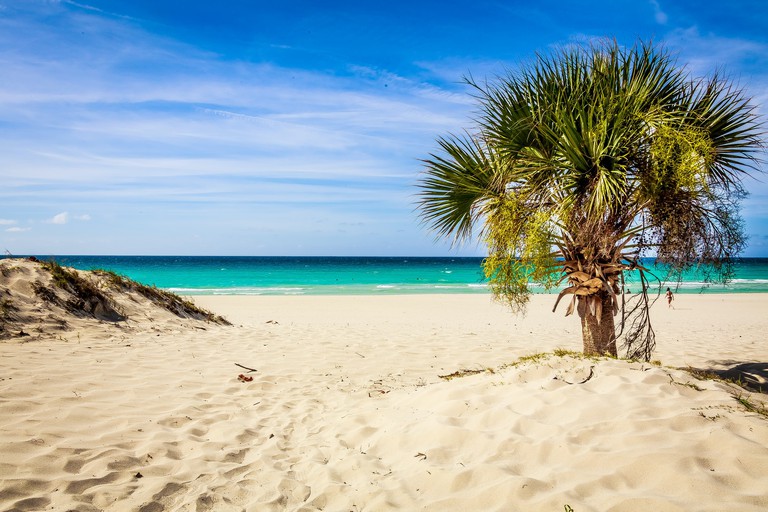 Photo by Lynda Hinton on Unsplash
Looking for a party vibe or private getaway? Find luxury resorts with beautiful beachfront hotels along the eastern tip of Cuba’s longest sweep of golden sand. Cheaper spots, as well as bars, shops and restaurants are found at the western end threaded through Varadero town. Use the budget hop-on-hop-off bus tour to visit the 13km (8mi) stretch. Alternatively, hire a chrome-festooned classic convertible for a glam, private ride. 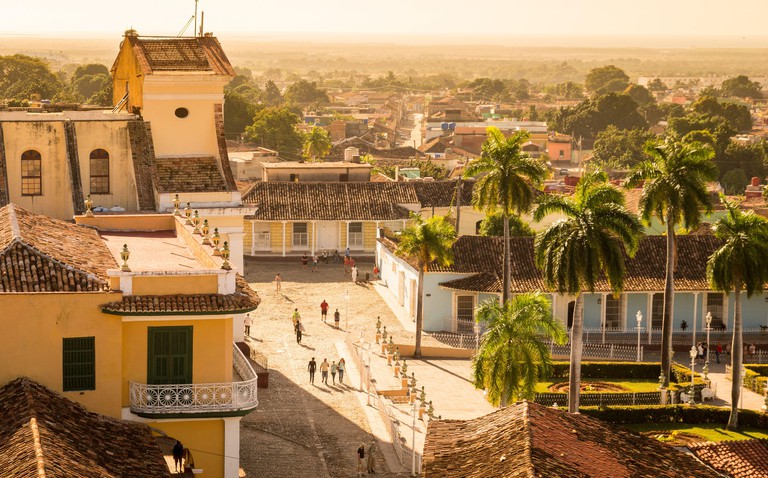 © Julian Peters / Alamy
Stroll the cobblestone streets of the pretty city of Trinidad, where low-slung, pastel-colored homes line roads that gently slope in the foothills of the Escambray Mountains. The palm-tree decorated Plaza Mayor is the centre of this extraordinary sugar-boom town of palaces, mansions and churches. Its outsized wealth was created by captive African slaves who powered the sugar mills of the neighbouring valley, once the site of the largest haul of crystals in the world in the 19th century. 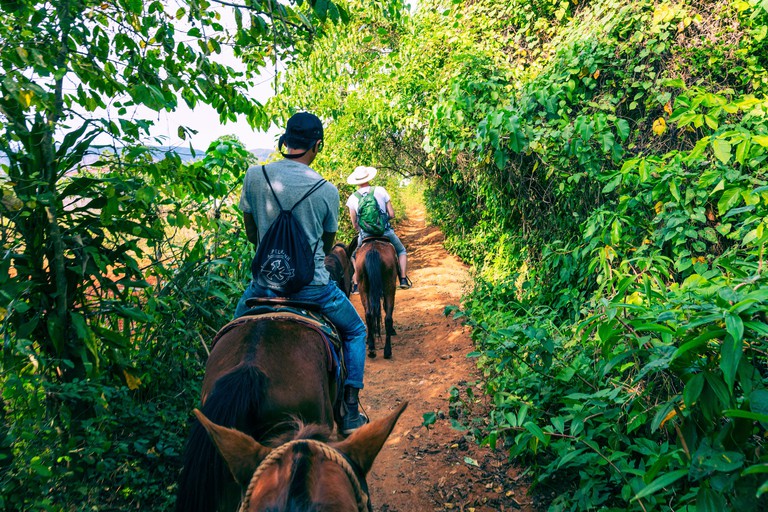 © Curioso.Photography / Alamy
Nature lovers will want to head to Unesco-protected Viñales Valley, three hours southwest of Havana. Mount a horse for a guided tour into this valley of tobacco fields, mogotes (haystack mountains) and limestone caves. Stop at a tobacco farm to learn about the world’s finest cigars and their journey from pin-head seed to luxury smoke. Dine on farm-to-fork food, then kick back with a cocktail in a chilled bar on Viñales’ village main strip.

Spend sundown on the Malecón in Havana 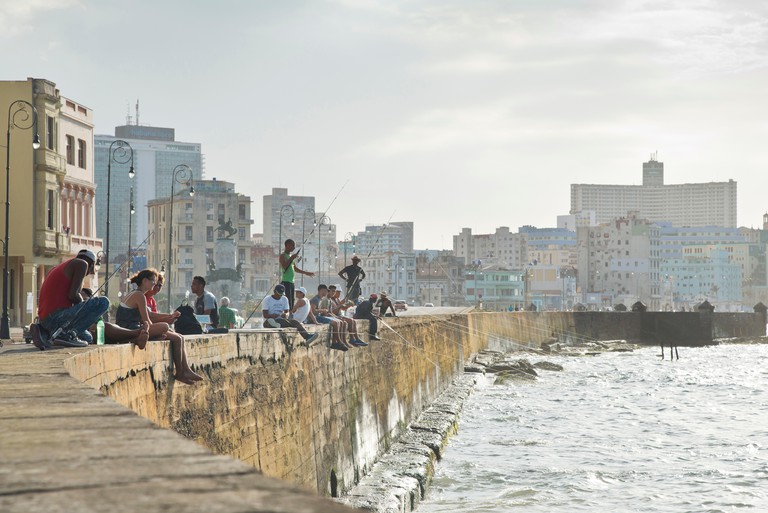 © robertharding / Alamy
Armed with a planchao (rum in a juice-sized carton), head down to the oceanside promenade in Havana. Take a perch on the Atlantic-facing sea wall and watch the locals talk, flirt, play music and fish. The Malecón ripples around the townhouses, apartments and hotels of the ocean road for 5mi (8km) and is affectionately known as Havana’s “sofa”. Laugh and crack jokes with Habaneros as the sun goes down behind the distant Hotel Nacional in the west. 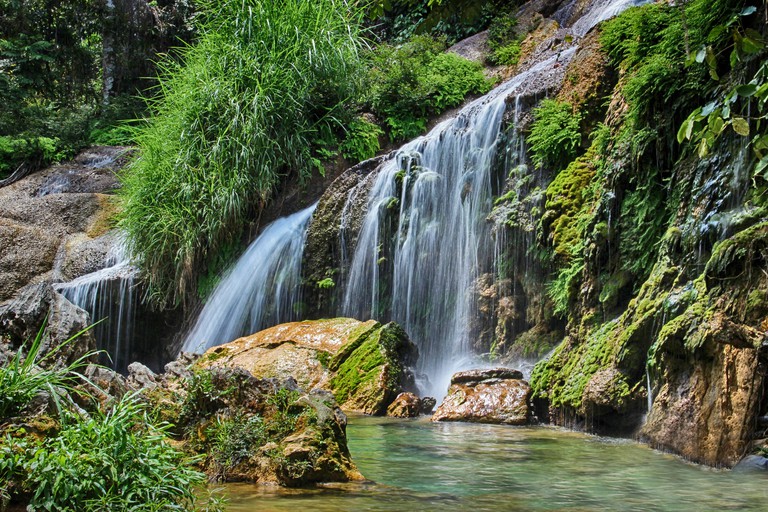 © Jana Telenska / Alamy
Wander the breezy streets and porticoed main avenue of Cienfuegos, the only city founded by the French in the Spanish Americas. Visit the mosaic and marble Tomás Terry Theatre with its frescoed horse-shoe auditorium. Hop on a pedicab to visit the coloured timber homes of Punta Gorda, jutting out in the Bay of Cienfuegos, followed by a cocktail on the rooftop terrace of the nearby Moorish Palacio de Valle. Cool off out of town in the most appealing waterfall escape in Cuba – the terraced, teal-green pools of El Nicho. 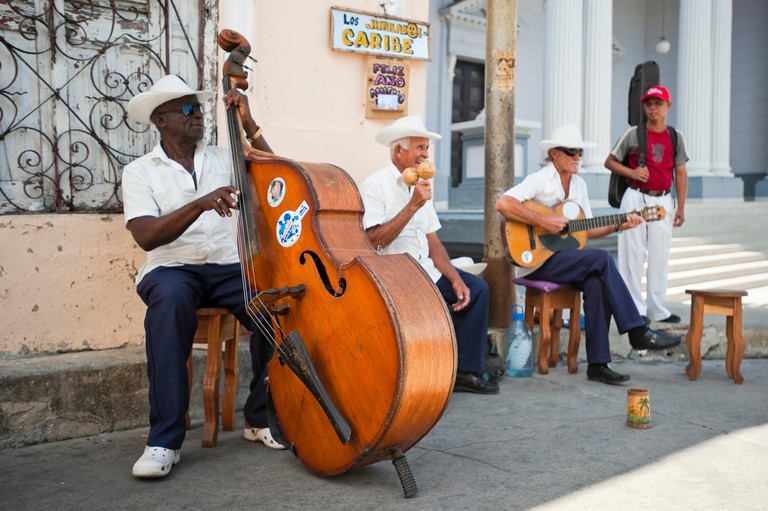 © Anne-Marie Palmer / Alamy
Santiago is the musical powerhouse of Cuba. By day, stroll its hot historic streets of churches, museums and parks. By night, follow the trail of soul-stirring live tunes drifting out of bars, venues and restaurants. From delicate choral works in converted churches, elegant Son Cubano danced in city patios, to rocking salsa thundering through late-night bars, Santiago is a sensation. Don’t miss the riotous summer carnival and the chance to conga with locals through the narrow streets.

Hike up El Yunque and marvel at the wildlife near Baracoa 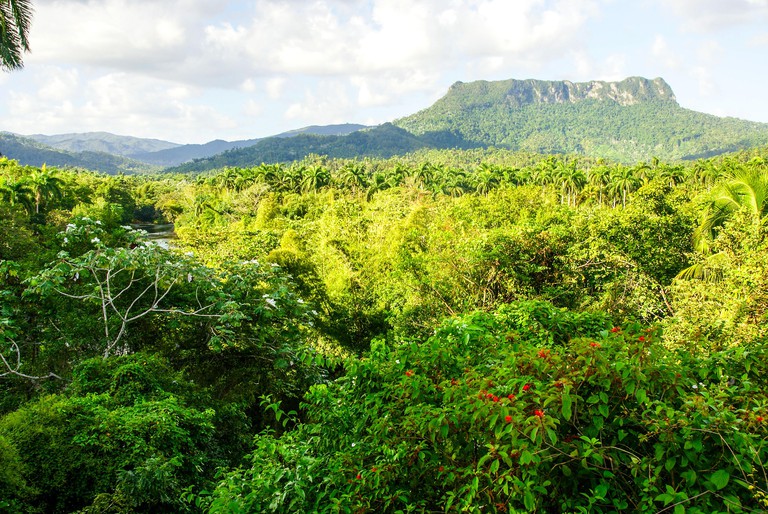 © Ruth Hofshi / Alamy
Take your binoculars to eastern Cuba to spot rare wildlife: the smallest bird in the world – the glittering green and pink male hummingbird in the region’s Humboldt National Park, and the protected coloured snails, polymita picta, in the trees. By day, hike up El Yunque, an anvil-shaped mountain sheltering rare plants. Come nightfall, dance salsa to the live band in the tiny Casa de la Trova opposite the small cathedral in Baracoa. The town is 1,000km (621mi) from Havana and feels like another world.

Cycle to the wild beaches of eastern Cuba 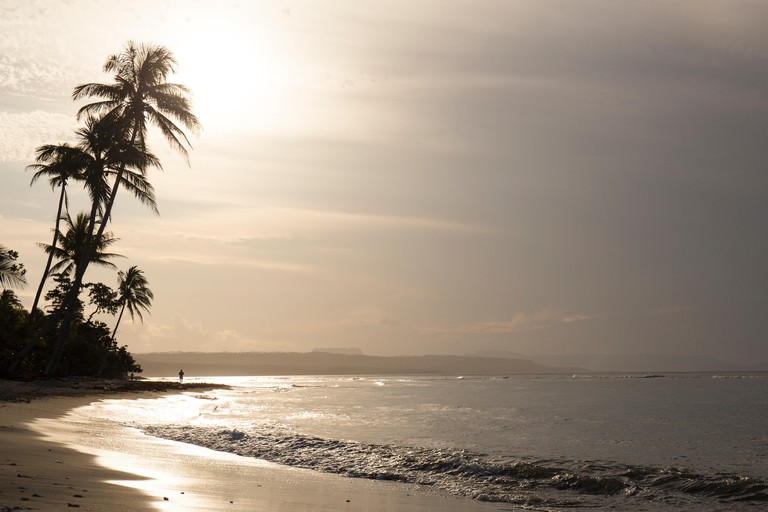 © Michal Urbanek / Alamy
Hire a bike from Baracoa and pedal southeast to discover untarnished golden beaches and fresh seafood. Board a row boat to cross Boca de Boma bay, then cycle to Playa Manglito. Dig your feet into the sand and wait for lunch to be delivered to your table by Tato’s restaurant waiters. On your return journey, taste homemade candies at the Cuban cocoa farms in the “chocolate village” of El Jamal.

This is an updated rewrite of an article originally written by Jack Guy.