10 Things to See and Do Around the John Lennon Park, Cuba 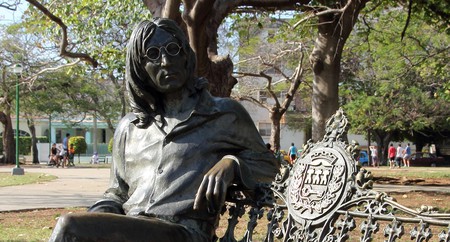 The life size statue of ex-Beatle John Lennon sitting on a park bench in Vedado has become a popular place of pilgrimage for musicians and tourists visiting Havana. Here’s a few pointers to help you explore this vibrant part of Vedado, discover local landmarks, and try out some of the new bars and restaurants in the area.

One of the most important cemeteries in Latin America for its size, history and architectural value, the Colon Cemetery is a must-see on your next visit to Cuba. With more than 500 mausoleums and family vaults, 800,000 graves and over 1 million interments, it is one of the biggest cemeteries in the world. Beautiful Carrara marble and granite monuments extend over a central avenue, where some of the most prominent Cuban politicians, heroes and artists are buried. 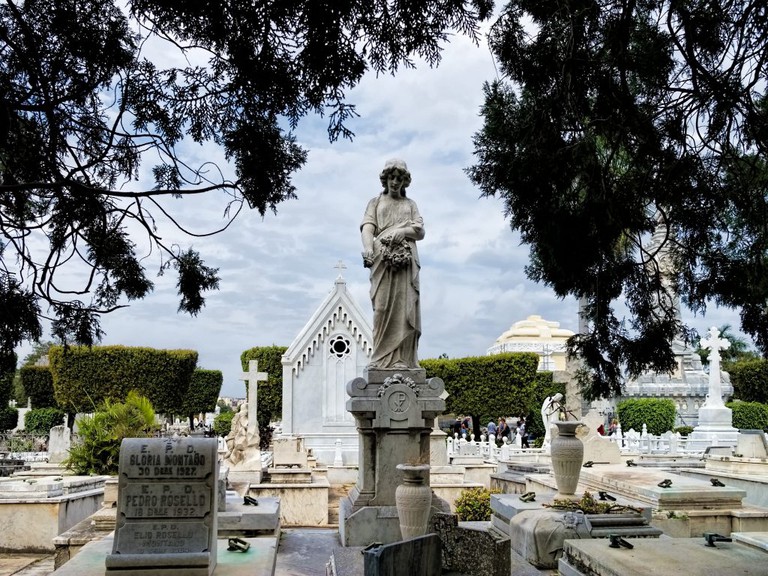 Although there’s no access to the building for visitors, the Cuban Institute of Cinematographic Art and Industry (ICAIC) is a historic institution that has been re-writing the history of Cuban cinema since 1959. On the ground floor there’s a movie theater named after Charles Chaplin that serves as one of the main venues for the Havana Film Festival in December, and for other important film events in the country. The building also houses the Cuban Cinematheque.

To the left of the Charles Chaplin cinema, on the corner of 23 and 10 streets, there’s an art gallery devoted to contemporary art. Open from Monday to Saturday from 9:00 am to 5:00 pm (except on Saturday, when it closes at 1:00 pm), the gallery renews the shows every three weeks.

Named after one of Cuba’s most controversial and famous movies of all time, Strawberry and Chocolate is a cinema-themed bar and cultural center directly adjacent to the Charles Chaplin movie theater. From Thursday to Sunday, the bar offers live performances from singers, songwriters, comedians and bands starting at 9 pm (6 pm on Sundays). Due to its location, and the fact that entry is wallet-friendly for Cubans (cover charge is only 2 CUC) this cultural haven attracts a fun, interesting crowd. 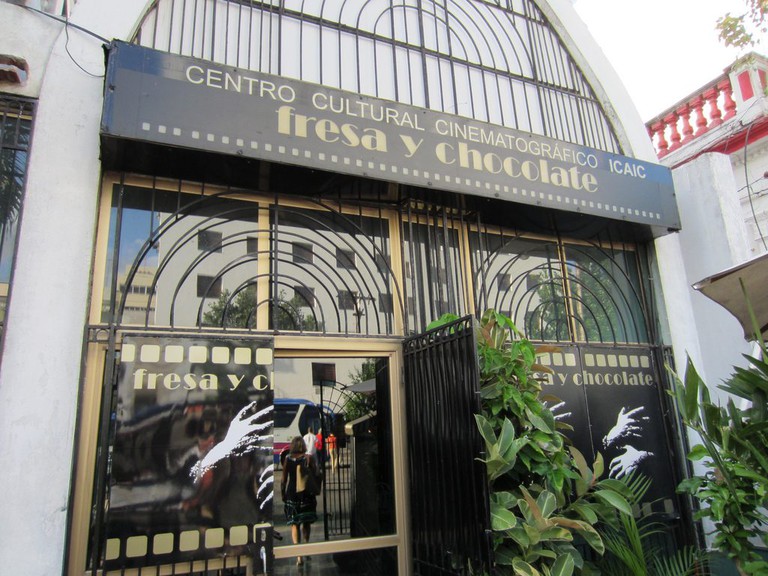 5. Have a Drink at Casa de la Amistad

Although there are better bars in this area, this is certainly one historic building worth seeing. Considered as the most beautiful building in Cuba when it was inaugurated in 1926, the mansion was originally built by landowner, Pedro Baro, for his new wife, Catalina Lasa. Catalina was a beauty queen who defied laws and social prejudices when she abandoned her first husband to marry Baro. Sculptures, Carrara marble, sand from the Nile River, and a garden featuring a graft hybrid rose named after Baro’s wife are just a few of the extravagant components that brought this home to life.

Another sumptuous mansion on Paseo Avenue that has since been refurbished into a cultural center, Villa Lita is home to the Servando Cabrera Moreno Library and Museum. It also serves as an art gallery that regularly hosts Cuban art exhibitions. From photography to painting to lithography, the art shows cover all kinds of techniques and themes. They are updated once every three weeks, so what you’ll see depends on the time of your trip. The gallery’s permanent display of public art in the exterior garden is a good place to take pictures.

7. Enjoy a Cocktail at the Madrigal Bar Cafe

The cinematographic spirit of Vedado also reaches this tapas bar named after Madrigal, a 2007 movie written and directed by Fernando Perez – Cuba’s most important filmmaker alive. Opened every day except Mondays after 6 pm, Madrigal is a cultural bar that hosts art exhibitions and, at times, live music bands. Extremely popular among young Cuban artists, designers, writers and intellectuals in general, this place is normally jam-packed on Friday and Saturday nights.

Another mojito? Listened to one of Cuba's famous troubadours here. Such an amazing experience. #MadrigalBar #HavanaLove

La Barraquita de La Habana (The Havana Shack) is a restaurant specializing in Valencian cuisine. An oddity in Cuba, this restaurant serves a wide variety of Spanish dishes, including gazpacho, garbanzos, pucheros, and paellas, prepared with authentic ingredients. The establishment has an air-conditioned area, as well as tables in an open space. It’s also a good option if you want to eat vegetarian food, or travel back in time to get an idea of the origins and influences behind their Cuban cuisine. As a former Spanish colony, Cuba had a large influx of immigrants from Valencia.

9. Listen to Classic Rock Music at The Yellow Submarine

Right on the corner opposite the Lennon statue in the park, there’s a nightclub that pays tribute to The Beatles. For decades The Yellow Submarine has been a meeting point for rock ‘n’ roll lovers – even before the Beatles re-design. To this day, some of the most important music critics, correspondents, producers and radio hosts in Cuba still frequent the nightclub. From Thursday to Sunday bands play live from 9:00 pm, with set lists that include classic songs by Led Zeppelin, Black Sabbath, Guns N’ Roses and Metallica, among many other bands from the 1960s through to the early 2000s.

El Bohemio (The Bohemian) used to be a tapas bar with over 70 different drinks, and has since branched out as a proper restaurant. The menu still includes a large variety of Cuban tapas and Cuban cocktails. A large house re-purposed as a restaurant, this place will make you feel like you’re visiting a regular Cuban house. Customers can even play dominoes, just like any group of Cuban friends would do. 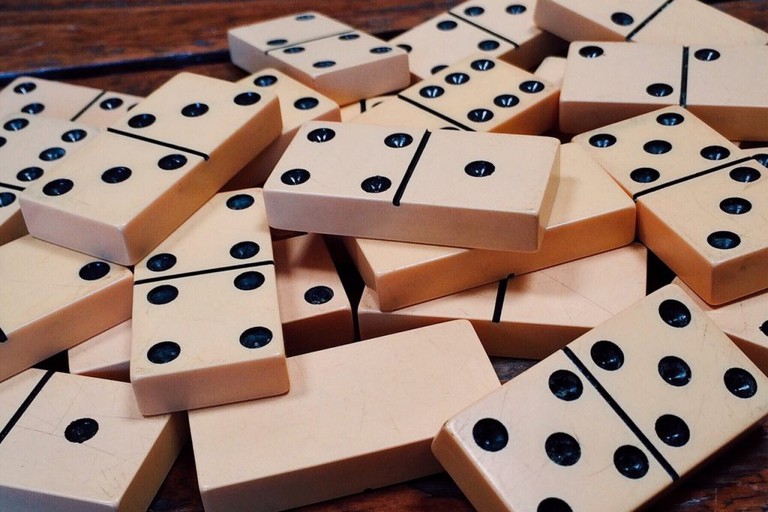