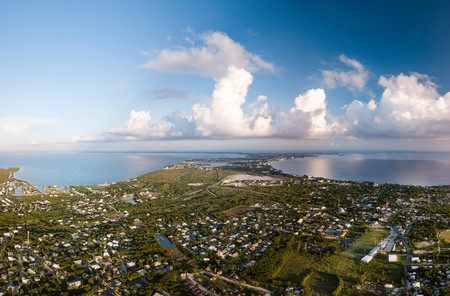 Whether you’re looking to kick back and relax on a white-sand beach, hike through mangrove forests or get to grips with the islands’ history and heritage, there are plenty of reasons to visit the Cayman Islands during winter. Here are 12 of them.

No visit to the Cayman Islands is complete without spending some time on the stunning Seven Mile Beach. Despite its name, Cayman’s premier beach is actually only five and a half miles long, but that’s still miles and miles of soft white sand and sparkling water. The beach buzzes with casual beach bars, jerk chicken joints and a smattering of excellent seafood restaurants. 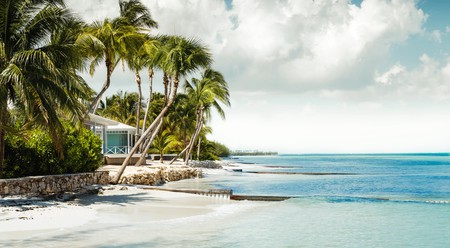 Good weather is another one of the draws of the Cayman Islands. They are are hot but not sweltering: think blue skies, a smattering of clouds, sunbathing hot. Typically, temperatures hold steady in the high 80s (Fahrenheit) all year round. January and February are the coolest months, but even then temperatures rarely drop below 78ºF (26ºC) meaning it should be swimsuits by day and T-shirts by night. 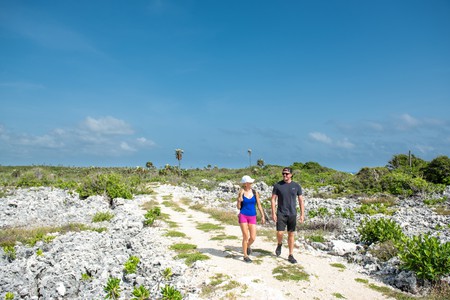 The Lighthouse Footpath is a scenic 2.5-mile trail on Cayman Brac | Courtesy of Cayman Islands Department of Tourism

Prepare to be amazed by the beauty and incredible diversity of the region’s enchanting underwater world. There are 365 dive and snorkel sites to choose from, including Bloody Bay Wall – an extraordinary reef and drop-down that starts about 20 feet (six meters) below sea level before plummeting more than 1,000 feet (300 meters). There’s also Kittiwake; at 251 feet (77 meters), this former US Navy submarine rescue is the largest wreck dive in the Cayman Islands and teems with marine life. 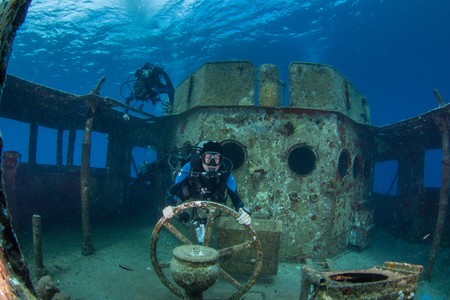 The Cayman Islands is the “Culinary Capital of the Caribbean”, offering everything from fine-dining establishments to lively local haunts. Don’t leave without enjoying a meal at Grand Old House, a former plantation house that’s the grande dame of the region’s dining scene. Enjoy Caribbean-international classics either in the colonial-style dining room or on the waterfront seaside terrace. Try to make your trip coincide with Cayman Cookout, a four-day food extravaganza hosted by celebrity chef Eric Ripert, which welcomes some of the world’s most talented chefs and drink experts. 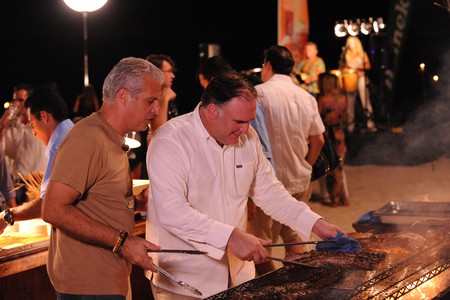 If you really want to tap into the classic carefree Caribbean vibe, Rum Point is where it’s at. Named for the barrels of rum that used to wash up on shore from shipwrecks, Rum Point is the perfect place to chill out in a hammock, cool off in the clear shallow water and enjoy a Cayman Mudslide (a boozy milkshake created at the Rum Point Wreck Bar back in the ’70s). 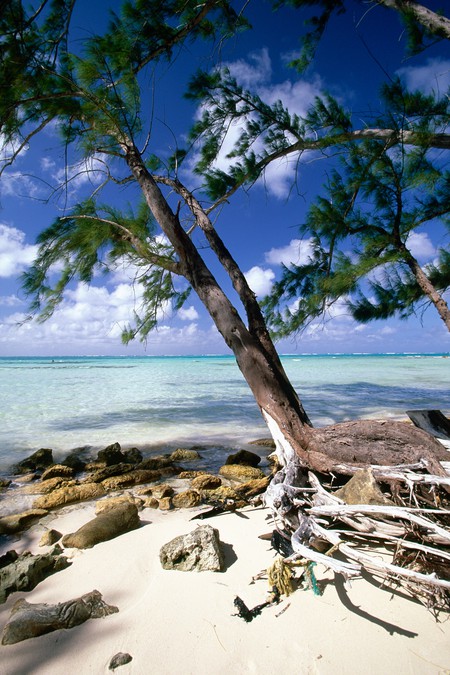 Located on the north side of Grand Cayman, the idyllic Rum Point is home to soft sand and shallow waters | © George Oze / Alamy Stock Photo

The accommodation scene in The Cayman Islands has advanced by leaps and bounds in the past decade, and whether you prefer a boutique retreat, a luxurious five-star sanctuary or a family-friendly resort, there’s a hotel for every traveller. Popular choices are the Kimpton Seafire Resort + Spa – a design-forward boutique hotel – and Palm Heights, the first all-suite boutique property. Both have taken the Cayman Islands by storm. 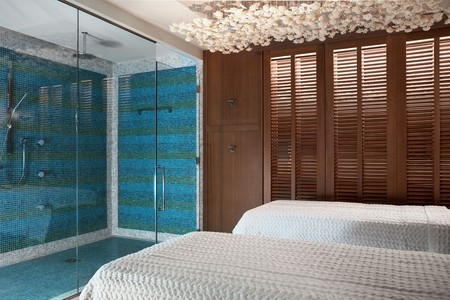 Looking for a little retail therapy? Check out the delightful Camana Bay complex, which is chock-full of bijou boutiques, charming gift shops and duty-free jewelry shops, all set around an attractive marina. Once the shopping’s done, relax and refuel in one of Camana Bay’s al-fresco dining venues before climbing the 75-foot (23-meter) observation tower for fabulous views of Seven Mile Beach and George Town. 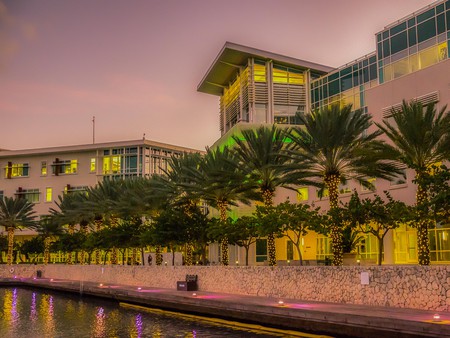 A little bit of history

For a dose of culture head to Pedro St James, the place where democracy was born: the abolition of slave labor was announced on the former plantation’s veranda one morning back in May 1835. Find out about the British settlers at the Cayman Islands National Museum and then make a foray to Fort George – built to protect the Cayman from attacks by pirates and Spanish marauders from Cuba. 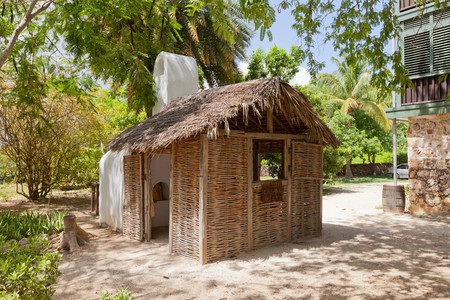 A boat trip to Stingray City – a sandy, shallow spot where the Cayman Islands’ most famous residents, southern stingrays, have congregated for centuries – is another must. As soon as you enter the water the friendly rays will glide up to be hand-fed squid. 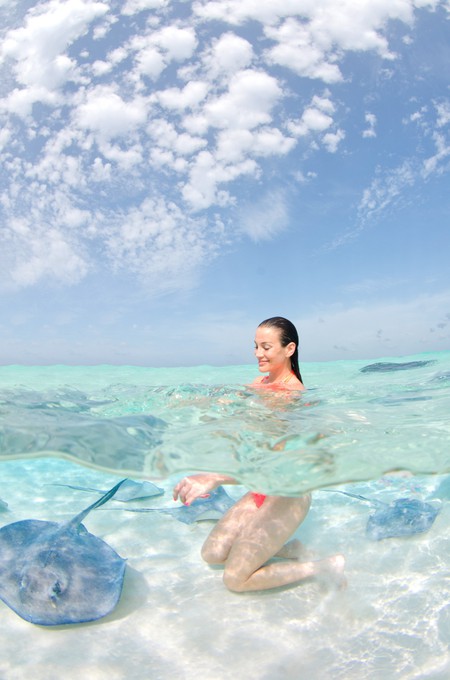 Back on dry land, the blue iguana is the Cayman Islands’ largest native animal. These creatures, which are by nature vegetarian, can grow up to six feet long and are unique to Grand Cayman. The best place to view these miniature turquoise dragons is at the Queen Elizabeth II Botanic Park – 59 acres (24 hectares) of lush, tranquil gardens. 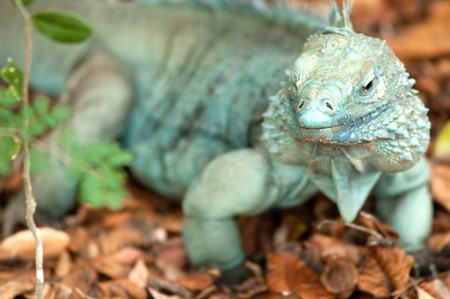 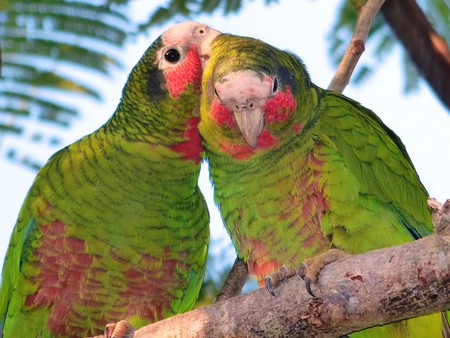 Paradoxically, Hell really does exist on these paradisiacal islands. Located, appropriately enough, on Hell Road in West Bay, the town owes its name to the area’s sinister black limestone formations. Hell even has its own post office, a place from which to send home a postcard stamped from Hell under the gaze of the resident red devil. 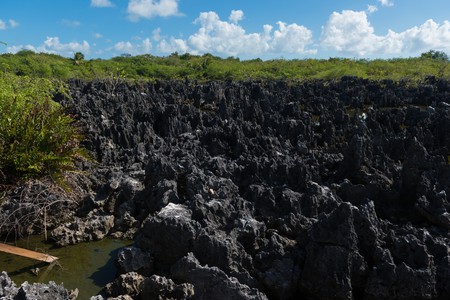