8 Delicious Places To Eat and Drink in the Cayman Islands 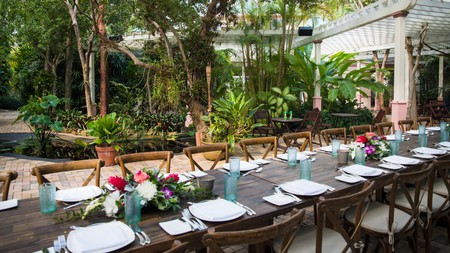 Coconut, seafood, jerk – these are the flavors that typically spring to mind when you think of Caribbean cuisine. However, as the ‘Culinary Capital of the Caribbean’, the idyllic Cayman Islands go above and beyond expectation with an amazing array of restaurants and food festivals serving up everything from local delicacies to tempting Italian dishes. If you’re jetting off to the golden beaches of Grand Cayman for some winter sun soon, consider wining and dining at one of these foodie hotspots. 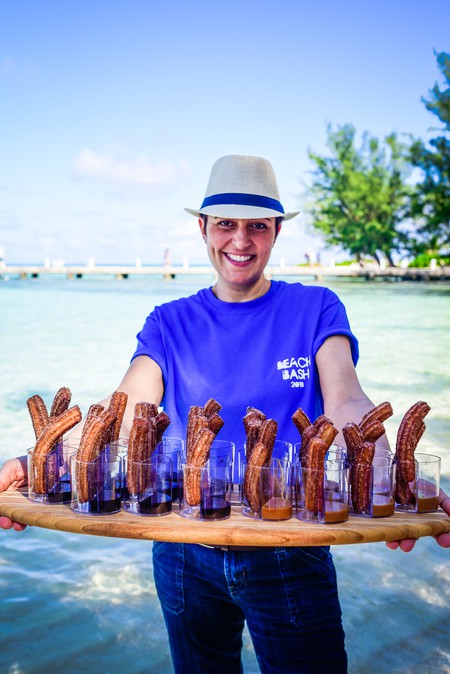 Eric Ripert is also the culinary whiz behind this high-end eatery. You’ll find Blue by Eric Ripert inside The Ritz-Carlton, Grand Cayman, and it’s currently the only restaurant in the Caribbean with AAA Five Diamond status. Sup on delectable fare which marries a Caribbean palate with global cooking traditions, all in an appropriately ocean-themed setting. If you’re celebrating (or simply looking to treat yourself), the signature tasting menus are on another level and feature everything from tuna foie gras to passionfruit tartlets. 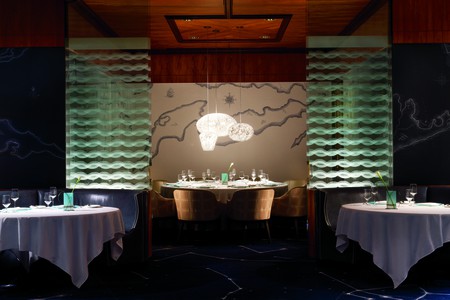 Craving seafood? This family-run restaurant nestled in George Town’s pretty harbor has been a local favorite for more than 30 years. As well as delicious dishes containing its namesake crustacean, the Lobster Pot allows diners to tuck into some flaky mahi-mahi, queen conch or even turtle steak. Veggies are also well catered for with colorful salads and wholesome pastas made from seasonal ingredients. Check out the Lobster Pot’s specials board as you walk in for the ceviche and catch of the day. 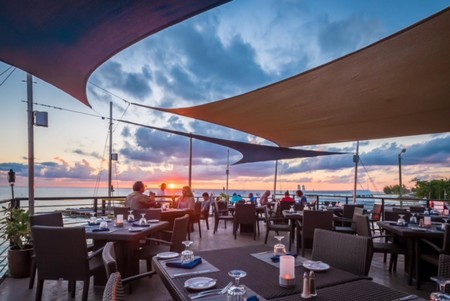 Follow the road east away from George Town and you’ll eventually end up at Rum Point – an enclave of Grand Cayman that’s as Caribbean as you can get. There are two places to eat at this palm-fringed spot: the barefoot Wreck Bar and the more upmarket restaurant Rum Point Club. The latter opens for dinner in the evening and whips up delicious Caymanian dishes like jerk pork tenderloin and fresh ceviche. Wash it all down with a Mudslide cocktail, a heady mix of vodka, Baileys and Kahlúa invented at Rum Point in the 1970s. 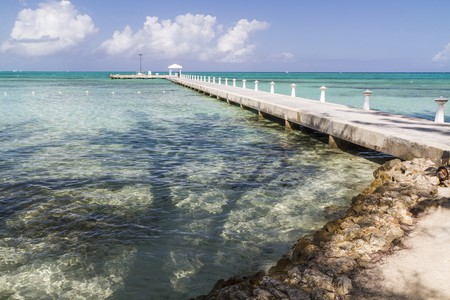 This waterfront eatery is set inside the Petra Plantation, one of Grand Cayman’s many intriguing heritage sites. It’s ideal for a romantic dinner, especially if you book a table on the deck, which boasts uninterrupted ocean views. Make the most of Grand Old House’s excellent lunch deal ($25 for two courses), or head there at dusk to sample Caribbean fusion dishes such as bacon-wrapped wahoo fish. Additionally, you’ll find an entire room dedicated to wine, plus an impressive armagnac selection.

For a true taste of Cayman, go off the beaten track to this charming hole in the wall in sleepy North Side. Don’t expect anything fancy; Kurt’s Korner is more or less a wooden hut with some folding tables and chairs. Nevertheless, the friendly service and home-cooked grub are unbeatable. Tuck into crispy fried chicken or creamy coconut grouper curry, all accompanied by tropical coleslaw, fried plantain and classic beans and rice. 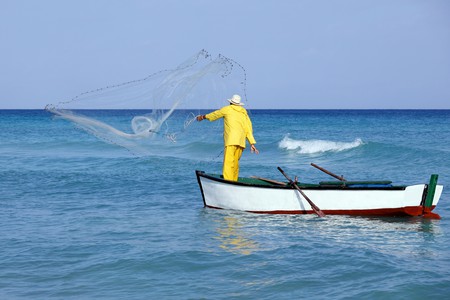 For such a tiny island, Grand Cayman has a surprising number of incredible Italian restaurants. This includes Luca, a chic bistro located in the Caribbean Club on Seven Mile Beach, which has a menu that, like many local eateries, heavily features fish. Head chef Roman Kleinrath makes the most of seasonal ingredients, particularly in the sumptuous Sunday brunch spread, which includes an unmissable seafood bar. Mouth-watering à la carte options include homemade lobster ravioli and herby mahi-mahi risotto, plus there’s a kids’ menu and numerous gluten-free dishes. 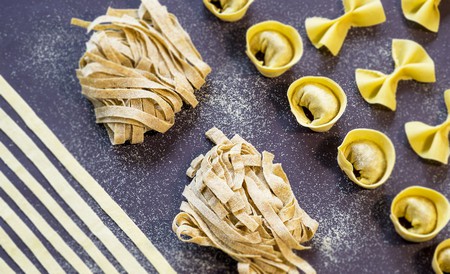 A pioneer of farm-to-table cooking in the Cayman Islands, the Brasserie not only has an organic edible garden and an apiary but also two fishing boats that head out to sea every morning. The restaurant’s gorgeous greenhouse is a sublime place to park yourself while you sample nourishing specialties such as coconut and sweet-potato salad or zesty red-snapper ceviche. The Brasserie also hosts farm-to-table feast nights under the stars, plus you can pick up tasty sandwiches and salads to go from the Brasserie Market.