Things to Do in the British Virgin Islands 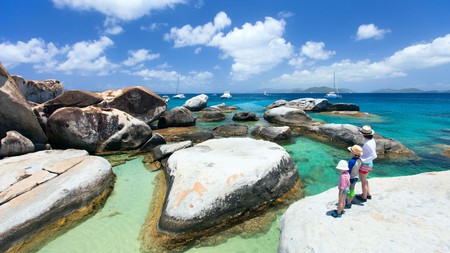 The fact that the British Virgin Islands sees fewer visitors than its neighbours (Puerto Rico and US Virgin Islands, to name a few), only adds to its charm as one of the Caribbean‘s most serene patches. Here, you’ll find everything you could want from an escape: white-sand beaches, azure waters, cocktail-ready sunsets and delicious fare. If you’re still on the fence about visiting, we’ve listed the best things to do in the British Virgin Islands below.

Get the best out of the British Virgin Islands by sailing its shores with SamBoat. Alternatively, extend your trip to a week-long sailing expedition with Dream Yacht Charter. 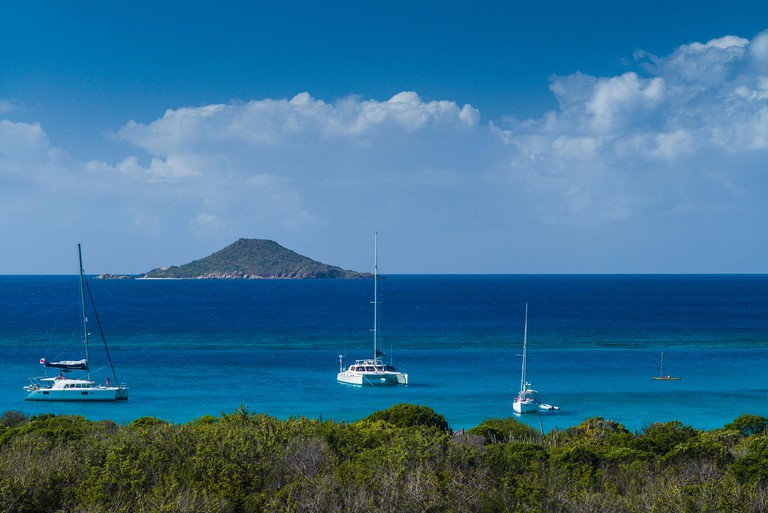 © Hemis / Alamy
What’s the best way to locate all the hidden coves and secluded bays in the British Virgin Islands? By yacht, of course. Be sure to book a day sailing on a yacht with SamBoat, so you can jump off the deck straight into the cerulean waters. If you’d rather stay on board, SamBoat can supply you with a multi-day crewed charter for a floating five-star experience – no sailing knowledge required. 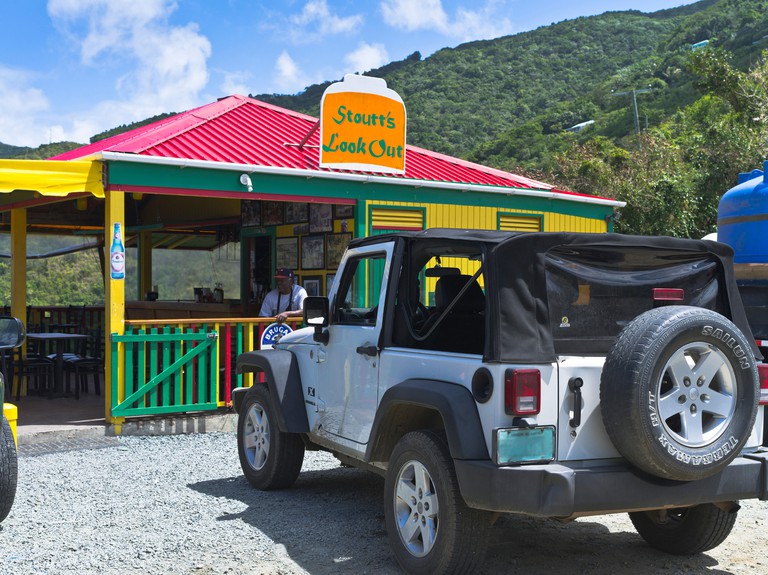 © Doug Houghton Carib / Alamy
If you’re looking for an epic sunset spot, there’s no better (or friendlier) place than Stoutt’s Lookout Bar in Tortola. With sweeping views across Cane Garden Bay beach, dine on the seasonal menu which often features burgers or grilled mahi mahi and chase it down with a fruit smoothie with fruit grown by the owner, Prince Stoutt, himself. Tip: the strawberry mango smoothie is delicious.

Explore The Baths on Virgin Gorda 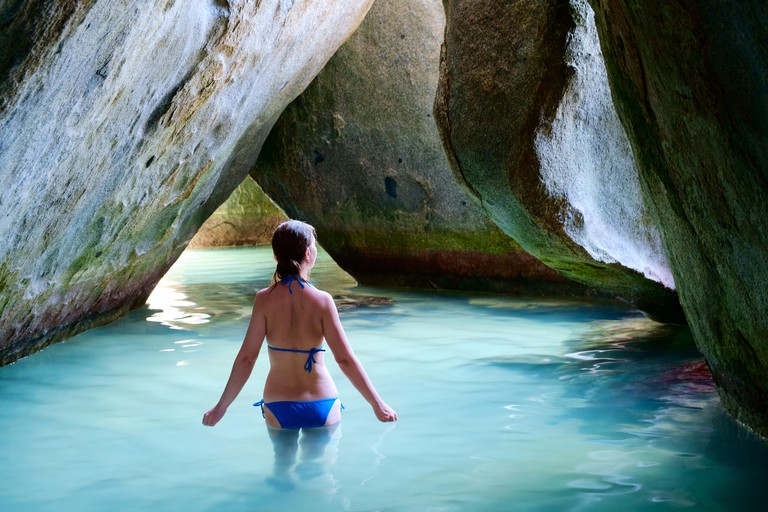 © BlueOrangeStudio / Alamy
A must-visit spot on the southern coastline of Virgin Gorda, The Baths consists of picture-perfect white-sand beaches, azure-hued waters and a smattering of giant boulders. The granite boulders create secret rock pools to bathe in, so you’ll be able to find a secluded spot your travelling party can chill out in. Go early in the morning as you’ll want to spend all day here.

Bar, Seafood
Facebook
Email
Twitter
Pinterest
Copy link
Share
You’ll feel the good vibes emanating from Seddy’s One Love Bar and Grill the moment you approach the beachfront eatery. Owned by one of the friendliest faces on the British Virgin Islands, Seddy Callwood, regulars here know to order fresh lobster and shrimp dishes accompanied by an ice-cold beer. Once you’ve dined here, you’ll recommend it to anyone who will listen. 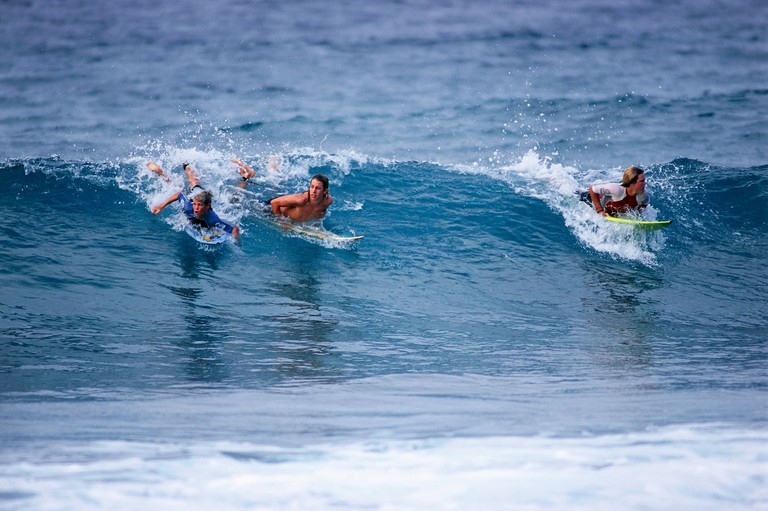 © Universal Images Group North America LLC / DeAgostini / Alamy
Sure, most people head to the British Virgin Islands to beach hop but did you know there are some excellent places to surf there too? Case in point: Apple Bay in Tortola is where local and visiting surfers mingle and compete for waves, especially during the busy winter season between October to April, when the surf conditions are at their best.

Learn to scuba dive with Island Surf and Sail 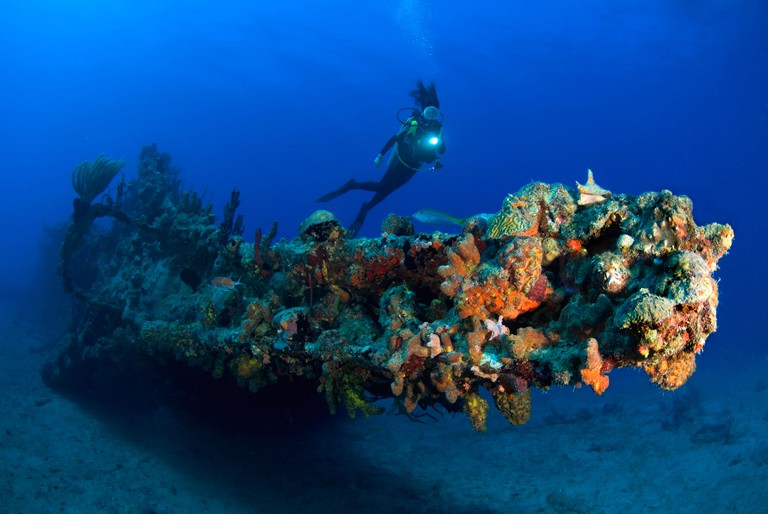 © Carlos Villoch - MagicSea.com / Alamy
New to scuba diving? No problem. There’s no better place to learn how to scuba dive than when you’re surrounded by some of the world’s prettiest diving sites. Book yourself in for a private lesson with Island Surf and Sail which includes a full day on the water, snacks, National Park and permit fees and the ability to learn at a pace that suits you. 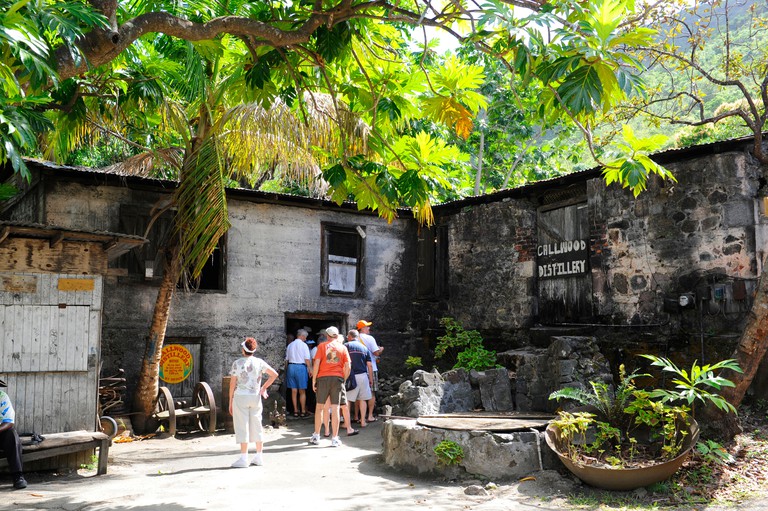 © Dennis MacDonald / Alamy
What’s a trip to the Caribbean without a visit to a rum distillery? As well as being the last of its kind in the British Virgin Islands, Callwood Rum Distillery is also one of the oldest distilleries in the world (it’s been operating for over 400 years). Set in an old stone building in Tortola, a visit here will be equal parts history lesson and rum tasting session, just be sure to leave room in your suitcase to take a bottle or two back with you. 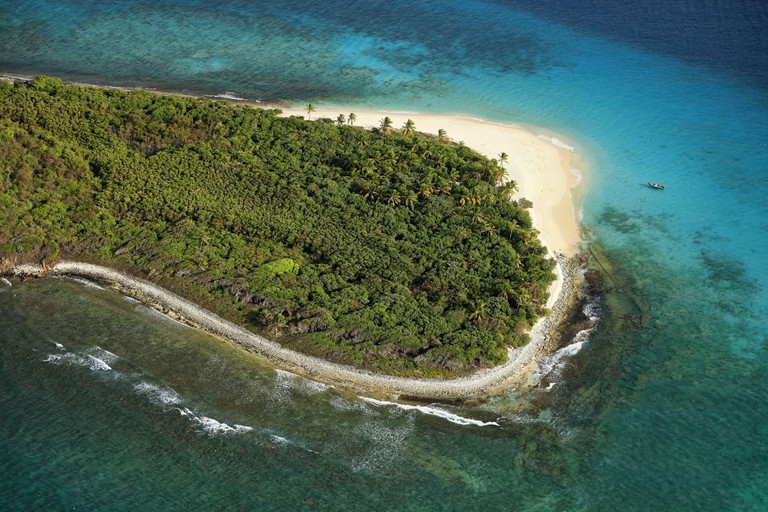 © Andia / Alamy
As well as having one of the best beaches in the British Virgin Islands, Sandy Cay also has some excellent hiking trails to explore. The island, which is located just off the coast of Jost Van Dyke, is home to a Caribbean dry scrub forest where visitors can view wildlife such as hermit crabs, lizards, hummingbirds, yellow warblers and bananaquits. 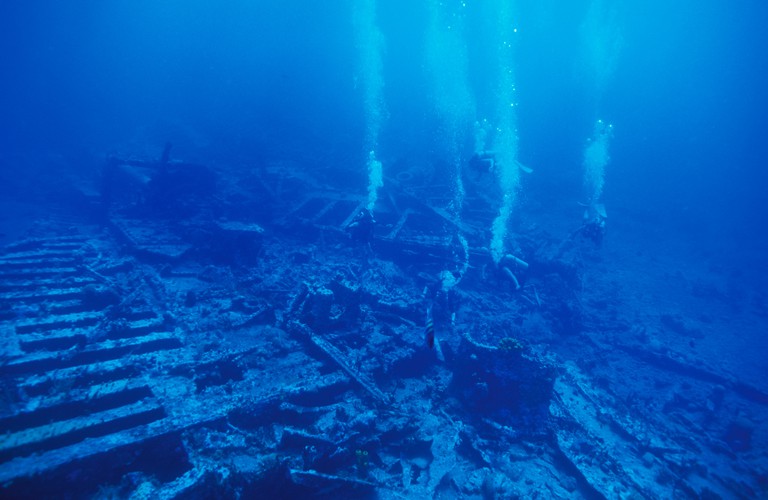 © Stephen Frink Collection / Alamy
The first and only marine park in the British Virgin Islands, the Rhone National Marine Park harbours the RMS Rhone, which sank during a cyclone in 1867. Ideal for intermediate to advanced divers (although some parts are accessible for novices too), the largely intact vessel lies 90 feet below the surface and you can expect to spot everything from moray eels to octopus and turtles.

Bar, Caribbean, $$$
Facebook
Email
Twitter
Pinterest
Copy link
Share
A legendary floating bar and restaurant, no trip to the British Virgin Islands is complete without a meal at Willy T’s. Set on a boat just off the coast of Norman Island, it’s been operating for nearly four decades and visitors here can dine on everything from chicken wings to calamari ceviche – whether you dine pre or post-swim is up to you.

The best way to see the British Virgin Islands is by boat. Set sail on a day trip with SamBoat or book an adventurous multi-day sailing vacation with Dream Yacht Charter.