The Most Beautiful Places in the British Virgin Islands 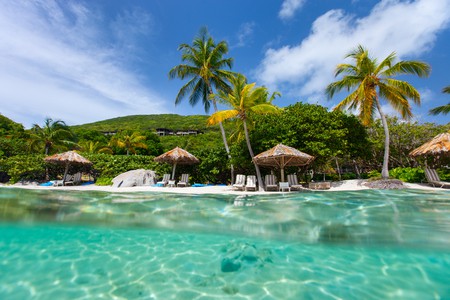 When Columbus first sailed through the Virgin Islands, the multitude of islands surrounding him reminded him of the martyred women in the story of Saint Ursula and the thousand virgins. He therefore named the archipelago “Virgin Islands,” and the name has stuck. The British Virgin Islands are a place of beauty, from the lush, green peaks of its many islands down to the sparkling, crystal-clear waters and beyond, down to the sea life living beneath its surface. No matter if you seek solitude, surfing, swimming, scuba-diving, sailing or simply sitting on a perfect beach, the British Virgin Islands have something to offer you.

Located on Virgin Gorda, The Baths are the most famous and possibly most photographed location in the British Virgin Islands. The site is a deposit of large volcanic boulders, some of which are stacked on top of one another, creating small grottoes and “baths” underneath. From Tyra Banks to the honeymooners you met at dinner last night, everyone who holidays to the British Virgin Islands gets their obligatory Baths photo moment. 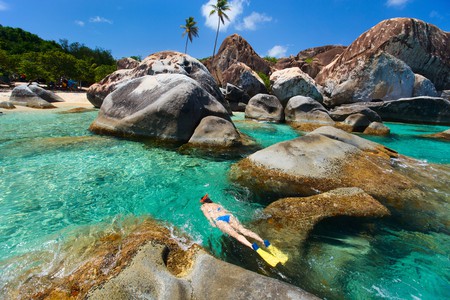 Situated about halfway between Jost van Dyke and Tortola is a spit of, well, sand. Sandy Spot is a popular launching spot for kite and windsurfers since the channel between the islands funnels wind in a prevailing direction. Sandy Spit is a also a favorite stopover for day charter boats whose patrons want a private, albeit exposed, beach. 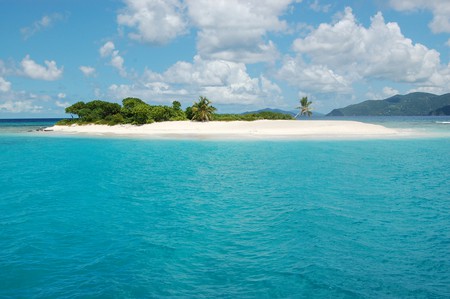 Peter Island is a great place for someone who wants the exclusivity of a private island but not the bank account required for one. The price tag for accommodation and dining is certainly more than the big three of Tortola, Jost, and Gorda, but you aren’t paying for nothing. The beaches are as white as the perfect linens on your bed, and the water is as clear and sparkling as the Perrier in your glass.

The British Virgin Islands offers world class diving. Some of the more popular places to dive are shipwrecks. Drop in at the RMS Rhone which sank off Salt Island in 1867 with the loss of almost all hands, or explore the airplane crash site off Dog Island. Wreck alley features four different shipwrecks. Wrecks offer an exciting opportunity to explore the ocean in three dimensions, since you can enter the ships to explore. 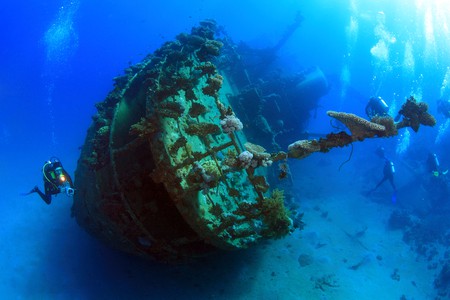 A road of sea running between St. John of the US Virgin Islands and various cays of the British Virgin Islands, the Narrows is technically British water. Blackbeard used to sail through here, using the steep peaks of the islands to hide the mast of his ship. Sailing through this waterway is magical, and little has changed since pirates did it centuries ago since neither the cays nor the northern part of St. John are developed.

The top surfing in the British Virgin Islands is at Cane. A long right-hander peels out from the right side of the bay into the center, and on really big days, closes out the whole place. A favorite anchorage for charter sailboats, Cane Garden Bay is usually packed with charter boats. In the distance is Jost van Dyke, a perfect place to stare at lazily as the sun sets. 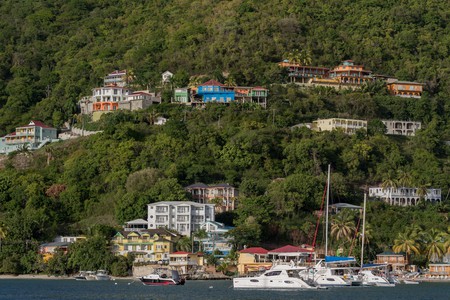 Anegada is almost a legendary place, an island many, if not most, Virgin Islanders have never been to. Unlike all the other Virgin islands, both US and British, Anegada is wholly flat. Its flat topography makes it incredibly windy and an ideal place for kiters and windsurfers. Most tourism here is by wind enthusiasts, but Anegada is still a beautiful place in its own right, and due to its location and lack of fame, almost empty of people.

In addition to wreck dives, there are a multitude of coral reefs surrounding every Virgin Island to explore. If you can manage to book a dive at Anegada, take it. Because it is rarely dived, all of its reefs are still alive and positively packed with sea life. Remember to tell your dive instructor if you see a sea lion. Although they are beautiful, they are an invasive species introduced from the South Pacific and Philippines region to the Caribbean by people. They destroy the reefs and have no predators in the Caribbean, and each one killed brings in a reward. 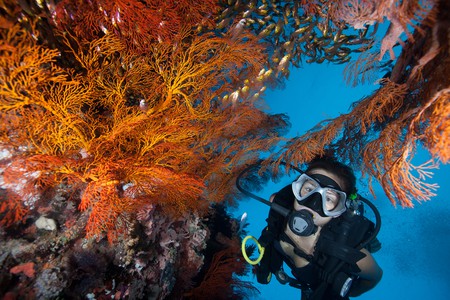 At the western end of Tortola and the eastern end of The Narrows is Soper’s Hole. Soper’s Hole itself is a marina and shopping/dining center, but the area that surrounds it is gorgeous, invoking visions of Jurassic Park. Lush, verdant greenery consumes every slope, and the harbor is always filled with mega yachts.

Named after a Dutch pirate, Jost van Dyke is host to a famous New Year’s Eve party in White Bay affectionately called “Old Year’s Eve” (although technically, the eve is just before something, not after it). Jost is a place for rum and fun, or as the t-shirts at one of that bars says “A sunny place for shady people.” Soggy Dollar Bar on Jost invented the famous Painkiller rum drink and a few bars down the beach offer Bushwackers with magic mushrooms blended into them. Throw a few Painkillers and Bushwackers back and forget all your worries, until you wake up the next morning somewhere on White Bay Beach covered in sand and nursing a powerful hangover. 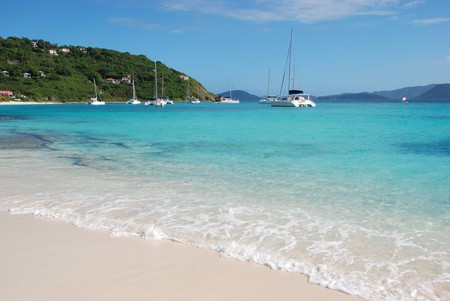 Virgin Gorda is surrounded by colourful reefs and warm Caribbean waters, best enjoyed in Nail Bay. Take a stroll along this exclusive stretch of pristine beach, where you’ll find luxurious resorts and our favourite restaurant on the island – Sugarcane, the perfect place to end a relaxing day with a burger, cocktails and a dip in their pool. 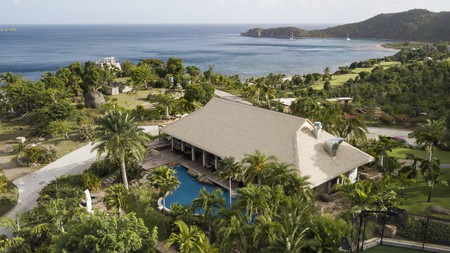