Saba Rock Resort: This Caribbean Hotel Sits on its Own Private Island 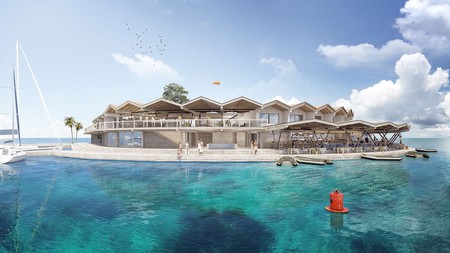 The British Virgin Islands are a magnet for the moneyed, favoured by Sir Richard Branson, Michelle Pfeiffer and Larry Page. But you don’t need to have a net worth in the millions to experience a slice of private island life. Saba Rock Resort sits on a tiny one-acre island – just large enough to house a hotel, restaurant and bar – but it has been known for years as a paradisiacal pitstop for in-the-know sailors charting a course around the Caribbean archipelago. Re-opening after the devastating impact of Hurricane Irma, Culture Trip finds out what to expect from this new iteration of the renowned resort.

Saba Rock Resort has a colourful history. Surrounded by the pristine British Virgin Islands, it has spent the better part of six decades as one of the Caribbean’s most popular, and unusual, watering holes. But back in the 1960s, before it was on the radar of yachters and tourists, it was occupied by Bert Kilbride, a prominent diver and marine archaeologist who set up his headquarters on the island. 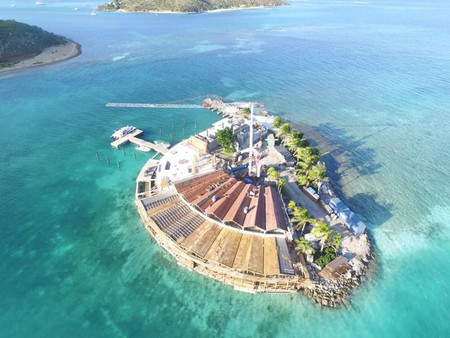 After Hurricane Irma, the resort had to be rebuilt from scratch | | Courtesy of Saba Rock Resort

From Saba Rock, Kilbride researched and documented the shipwrecks in the area and opened a dive shop, where he developed The Resort Course, an introductory scuba-diving course now used throughout the world. Saba eventually garnered a reputation among boaters and locals as an unofficial stop-off on island-hopping routes, prompting Kilbride to open the Pirate’s Pub, which quickly became a stalwart of the British Virgin Islands bar scene. “It was the place to stop when you were boating around,” Alain Prion, the resort manager says. “Saba has been an institution for many, many years, now probably going on for 50-odd years.” 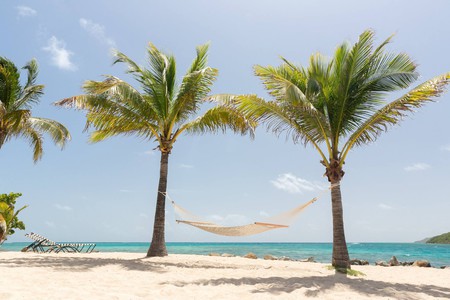 It wasn’t until the ’90s, after Saba Rock changed hands, that a hotel and restaurant opened on the island. By then it had already cemented its revelrous reputation, which Prion remembers from one of his own trips to the islands back in 1994. “I stayed at Bitter End which is right across the water from Saba,” he says. “Day time and night time, Saba was rocking… It was a constant party. You would wake up in the morning, go to breakfast at the resort and there were boats mulling around and you could hear laughter, and during the day it increased – the music, laughter and everything went up.”

It’s an atmosphere that Prion and his team are keen to bring back with Saba Rock Resort 2.0. When Hurricane Irma ripped through the region in 2017, the original resort was damaged beyond repair. The new structure (built now to withstand a category five hurricane) had to be crafted from scratch.

The rooms have been updated to give the resort a more luxurious edge, but Prion insists that the resort will stay true to the island’s roots. “It’s going to be fun, it’s going to be casual,” he says. “We aim to please the entire BVI community.” He adds that despite the high-end accommodation, prices in the restaurant and bar will remain accessible. 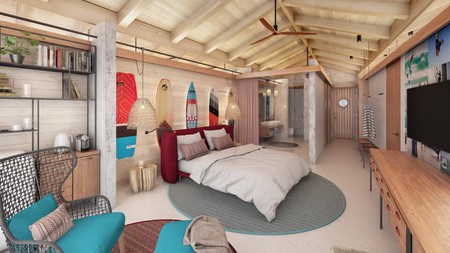 Running a resort on a standalone island doesn’t come without challenges. Prion’s team is orchestrating a complicated network of boats and that will ferry people to Saba Rock from the main islands of Virgin Gorda and Tortola, widening the resort’s appeal beyond yacht charter itineraries. It’s the perfect place, in fact, for those without seafaring experience who want to hole up somewhere remote – Saba Rock may be small, but it comes with access to all the amenities you would expect from a far more expansive hotel. 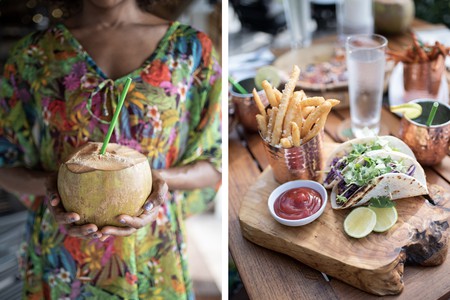 A short boat ride across the water is sister restaurant Sugarcane where guests can lounge by a lagoon-style pool with a cocktail and gleaming views of the sound, or sit back with a pizza and a pint in front of sports screens. The restaurant itself – which has also been totally remodelled as a result of Hurricane Irma – is a breezy, open-air space with a thatched roof and a menu that combines the best of Caribbean and international food. Steps away from the restaurant, you can wander through the remains of an 18th-century sugarcane plantation – the most intact sugar works site on Virgin Gorda.

Right next door is a blissfully air-conditioned gym at Nail Bay Sports Club, which is also home to a greenery-wrapped tennis court. By the end of 2020, two new squash courts will have opened, and guests will be able to sign up for one-on-one or group coaching with Commonwealth Games gold medallist Joe Kneipp. 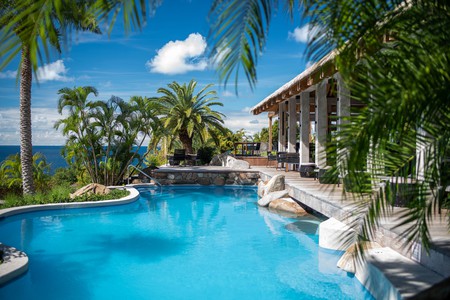 Going with the wind

Saba Rock has a relaxed appeal that’s perfect for spending days swaying in a hammock. Those looking for some time out can unwind happily on a miniature beach, with icing sugar-soft white sand brought in from nearby Antigua. But the British Virgin Islands have equally perfect conditions for water sports. The BVI Regatta – one of many regattas that take place in the area – happens annually, when boats sail to each of the archipelago’s islands in one week, creating a buzz around stop-off points like Saba.

“We have tremendous winds here which are great for sailing [and] kite boarding,” says Prion. “We do have a lot of people that have their own boats and cruise around the islands, so they know Saba as a place to come and enjoy.” 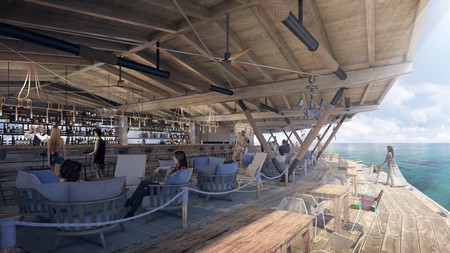 Anyone keen to charter a boat and recreate the regatta for themselves can do so easily with the help of Prion’s team. “We have a number of different marinas in the area, close to Saba Rock,” he says. “We can make contact with the charter boat companies and get everything together.”

The islands’ waters are teeming with quiet snorkelling coves and swimming spots too, including The Baths, a Crusoe-esque series of pools formed around volcanic rocks. Continuing Kilbride’s legacy, the resort will have an on-site dive shop – so the sharp-eyed can head out to spot marine life like sting rays, turtles, octopus and tiger sharks. 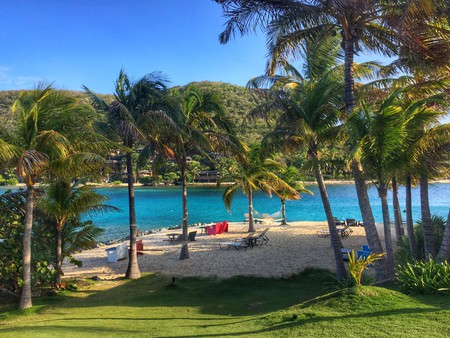 Pirate’s Pub might be a thing of the past, but the new Saba Rock Resort will have the same lively atmosphere that it has had since the ’60s, opening its appeal to a new generation of sailing enthusiasts.

“It’s going to be very, very new and improved,” says Prion. “But what we want to do is bring back the vibe, the fun, the laughter that was there… It’s exciting and we’re not opening, if you would, a new hotel, we’re re-opening what was prior.”

Ultimately, whether you’re a boater, diver, new to the British Virgin Islands, or have been holidaying there for years, you’re sure to find something to suit you here. What’s clear is that it will take far more than extreme weather to squash the spirit of Saba Rock. This is still the most unmissable place to moor up in the Caribbean. 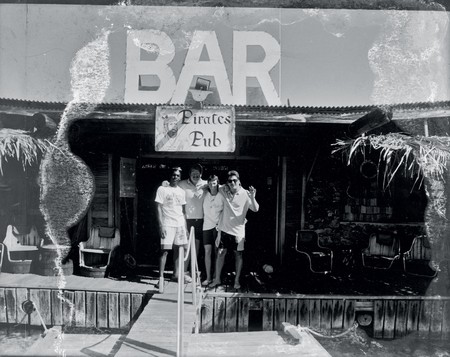