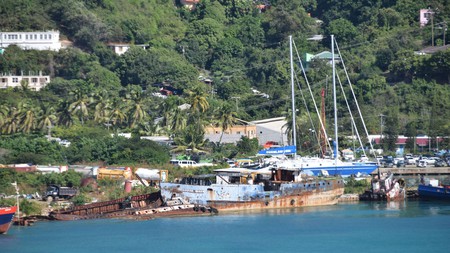 You may know the Kodiak Queen from the Kate Winslet-narrated film of the same name. This WWII warship survived Pearl Harbour before being transformed into an artificial reef and dive site by Virgin entrepreneur and hotelier Sir Richard Branson, whose Necker Island resort isn’t far away in the British Virgin Islands. So, why not see the Kodiak Queen for yourself? Located just off the northwestern coast of Virgin Gorda’s Nail Bay, the wreck has been reimagined as an underwater art gallery, resting at 18m (60ft) at her deepest below sea level. Here’s everything you need to know before you go.

See the Kodiak Queen in style by sailing around the BVIs with SamBoat. Alternatively, embark on a multi-day sailing and diving adventure with Dream Yacht Charter.

A brief history of the Kodiak Queen

This storied ship started life on the seas with the name YO-44. She launched in 1940 as a US Navy fuel barge and became a decorated WWII warship when she emerged from Pearl Harbour. She was one of just five ships to survive the attack. Loaded with 380,000 litres of inflammable aircraft fuel, 12 crew members risked their lives to avert a devastating explosion should she be hit.

Post-war, the historic ship spent time serving as a Kodiak crab boat in Alaska. From the 1970s to the 2000s, she was one of the largest crabbing vessels to fish king crab, which is likely where her “queen” reputation originated.

However, the boat’s fate seemed sealed by the US federal “crab buyback program”, which bought back and retired some vessels to relieve the problem of too many boats competing for too few crabs. No longer permitted to fish, she spent 10 years in a junkyard in the BVIs, until a former employee of Sir Richard Branson decided to pursue a campaign to rescue the ship from being scrapped.

Entrepreneurs, philanthropists, conservationists, investors and artists collaborated to conceptualise how the ship could have a second life: as an artificial reef, art canvas and eco-adventure dive site. Finally, in April 2017, after being wrapped in a giant mesh Kraken sculpture, designed to grow transplanted coral, she sank into her current tropical resting place. 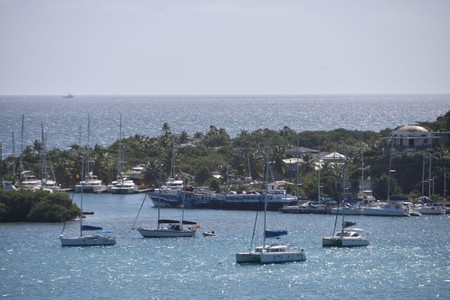 What is it like to dive the Kodiak Queen today?

Although suited for night, wreck and artificial reef dives, the Kodiak Queen can also be explored by snorkelling or freediving. Scuba divers certified to penetrate the wreck will be able to appreciate the site to its fullest. With purpose-built swim-throughs – and having undergone an environmental impact study – the site is even suited to new divers wishing to experience a Caribbean shipwreck.

Not long after being scuppered, category 5 storms – including Hurricane Irma – tore through the British Virgin Islands in 2017. Although the ship and sculpture survived this initial damage, in 2018 the strongest swells recorded since the 1990s damaged the “head” of the sculpture, originally intended as a habitat for goliath grouper.

Even without the Virgin Island art, the Kodiak Queen is still a noteworthy dive. As scuba-diving Pearl Harbour itself is prohibited, this may be the best opportunity to see a storied WWII wreck beneath the waves. Diving it is also a good deed; local operators collect a small donation from divers visiting the site, which funds coral outplanting, a local swim education programme, environmental DNA studies, and maintenance for the site through the Unite BVI and Beyond the Reef not-for-profit organisations. 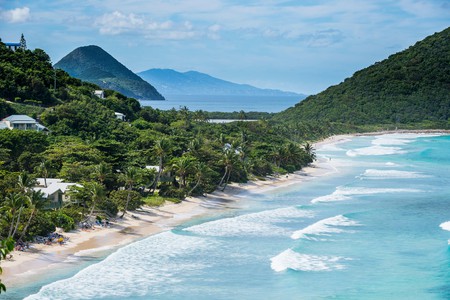 When the strongest swells in two decades hit the BVIs, the Kodiak Queen was damaged | © robertharding / Alamy

What wildlife can you expect to see there?

Snappers, creole wrasse, grunt and sergeant majors school around the wreck; the odd pufferfish, spanish mackerel and grouper can also be spotted. Keen-eyed divers may even spy small crustaceans hiding in the sand below.

The collaborators behind the Kodiak Queen recommend three dive centres. 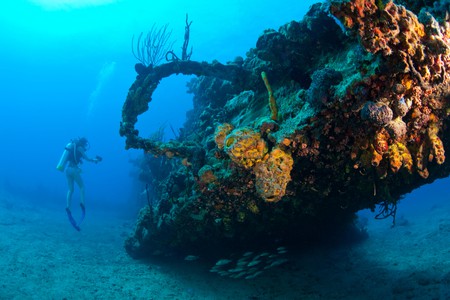 First up is the women-owned Sunchaser Scuba. It was founded in 1975 by Bert Kilbride, known to have ”discovered” the RMS Rhone, another wreck and now a national marine sanctuary, in 1958. His legacy dive outfit is located at the Bitter End Yacht Club in the North Sound of Virgin Gorda, so is a great option for those staying in the northeast of the BVIs.

Dive BVI operates trips to the Kodiak Queen from Scrub Island and Yacht Harbour, and offers SSI, Padi and Naui for any divers wishing to explore their certification options while visiting the art reef.

Founded in 1999, Sail Caribbean Divers has three locations throughout the BVIs: a main marina at Hodges Creek on Tortola; at the Moorings Marina in Road Town on Norman Island itself; and a third shop located on Cooper Island. Each location offers gear rental and tank fills, and they are the only Padi 5 Star instructor development dive resort in the BVIs. 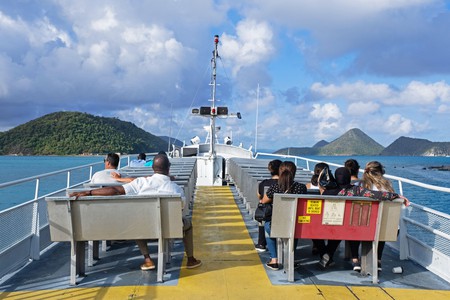 How to get to the Kodiak Queen from Tortola

A simple route would be to contact the dive operators to find out their collection points for trips to the Kodiak Queen.

Ferries also operate from the BVI capital Road Town on Tortola to Virgin Gorda, such as Speedy’s Ferry. Better still, rent your own vessel and sail off into the sunset on a day trip or a longer charter around the British Virgin Islands with specialist SamBoat. 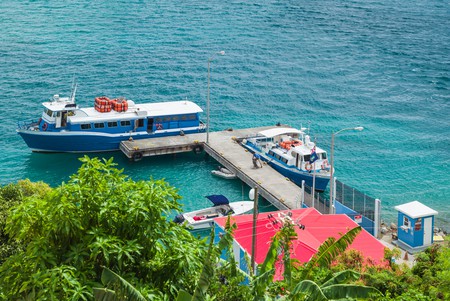 Beat the crowds and dive the Kodiak Queen by chartering a vessel with SamBoat or embark on a multi-day sailing adventure in the BVIs with Dream Yacht Charter.