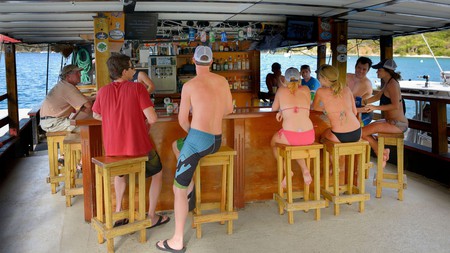 The William Thornton Floating Bar & Restaurant, affectionately known as Willy T’s, is a legendary Caribbean bar that rides afloat a rather convincing pirate ship – loaded with grog and grub. Revellers wishing to eat, drink and be merry can find it bobbing in The Bight anchorage at Norman Island in the British Virgin Islands. Here’s everything you need to know before you go…

Want to sail your own pirate ship through the BVIs? Rent one through Dream Yacht Charter, or hire a vessel just for the day with SamBoat.

A brief history of Willy T’s

Since 1989, Willie T’s has brought swashbuckling fun to BVI waters with its unique floating bar, where sailors of the high seas can drop anchor to drink up on a decommissioned tanker. Named after an architect-inventor who was born on nearby Jost Van Dyke Island (involved in designing the United States Capitol), the original Willy Thornton was destroyed in September 2017 by hurricanes Irma and Maria… but its story doesn’t end there.

The ship still serves a second life to tourists under the waves in Key Bay, Peter Island, as a ghost ship and dive site for scuba diving and snorkelling patrons. Like other underwater art-gallery-cum-reefs in the region (such as the Kodiak Queen), BVI non-profit Beyond the Reef uses donations from divers that visit it to fund community projects, such as swimming programmes for local children.

For land-lubbers, the owners had a new ship built, but in May 2018 it was announced they would have to anchor in Great Harbour on Peter Island instead. Only in 2019 was Willie T’s bar able to return back to its original spot at The Bight on Norman Island, where the ship and crew are now happy to be home. 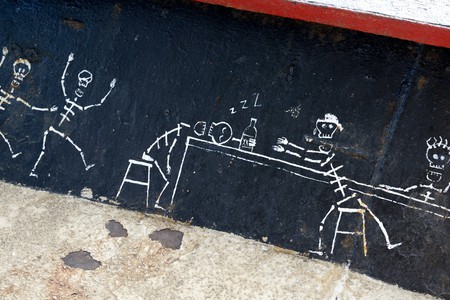 What food should you order?

For a true taste of the Caribbean sea, try the Anegada Conch Fritters, served with a tangy mayo sauce. Never tried conch meat? It tastes like a combination of crayfish, escargot and scallops. Another local dish aboard the Willy T restaurant is the chicken roti or, for something light and familiar, you can opt for a simple Caesar salad, choosing to add chicken or mahi for a tropical ocean twist.

If in doubt, it’s worth checking the daily specials, which feature fresh local fish and the occasional cut of steak. Whatever you order, be sure to save space for a refreshing slice of Key lime pie.

What drinks should you order?

Pirates are known to have a taste for rum and with the Treasure Island lore of the BVIs (Norman Island is the inspiration for Robert Louis Stevenson’s lauded novel), the Willy T could hardly be the exception.

In fact, the bar even has its very own brand. You can even buy a bottle to take home or as a dockside takeaway or sample it in many popular drinks on board, including the infamous Painkiller (orange, pineapple, coconut and nutmeg); and dark and stormy (bitters, ginger beer and lime). Frozen margaritas always go down a treat in the island sun and there are always ice-cold Red Stripes to hand for beer-lovers, too. 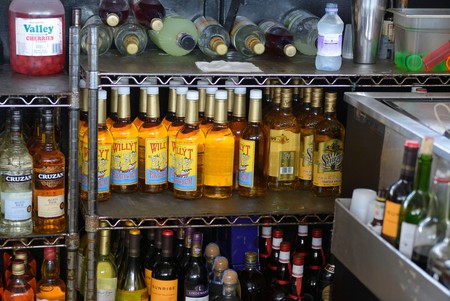 If you’re going for food, Willy T’s serves lunch between 12-3pm and dinner from 6pm onwards. For families, it’s worth being aware of the party reputation of the ship as the evening draws in. In fact, the boat doesn’t have an official closing time – it stays open for as long as you keep the spirit alive.

“We are famous for our temporary tattoos and jumping off the top of the boat – essentials for the full Willy T’s experience,” says Ella Crone, staff member at Willy T’s. 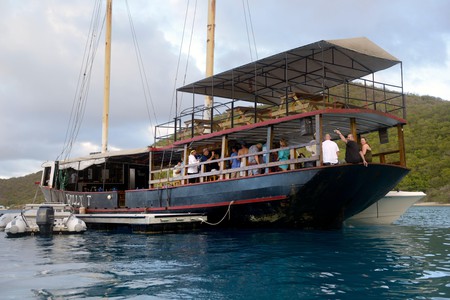 How to get to Willy T’s

While you can catch a ferry from Tortola to Norman Island, it may be tricky to reach Willy T’s even from The Bight – it’s too far to swim (especially after one too many rum cocktails). Really the best way to reach it is by your own vessel, like the pirates and sailors of old, which you can rent via specialist operator SamBoat or Dream Yacht Charter.