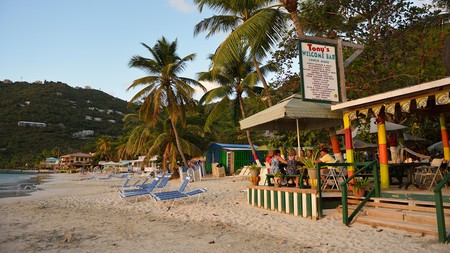 The British Virgin Islands is one of the world’s premier destinations for sailors, attracted by the paradise beaches, calm waters and balmy weather. Each of the four main islands – Tortola, Virgin Gorda, Anegada and Jost Van Dyke – has its own distinctive character. From famous wrecks to unmissable lobster restaurants, here are the top places to visit while cruising this Caribbean archipelago.

Explore the best of the British Virgin Islands in a day by hiring a yacht with SamBoat. Or, stay longer when you charter a yacht with Dream Yacht Charter. 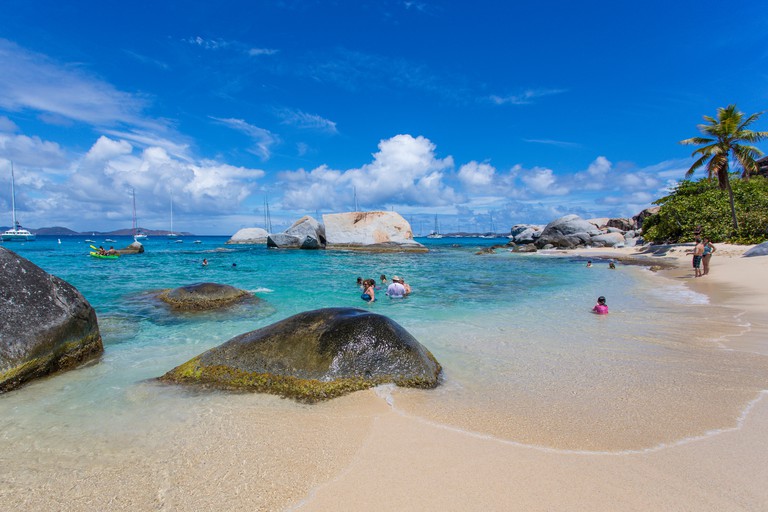 © James Schwabel / Alamy Stock Photo
The Baths on Virgin Gorda are one of the best-loved destinations in the BVIs. This tumbled array of giant boulders, scattered along a white sand beach, creates magical pools and grottos to explore. It’s a lovely spot for snorkelling or exploring on foot. Be sure to bring a waterproof camera. Afterward, hike along the trail to Devil’s Bay or head to the small shopping and dining area for lunch. Then, sail to the north end where you can moor up at Saba Rock, a luxury island resort; dine on grilled lobster tails at the main restaurant and sip zingy margaritas at the Sunset Bar. 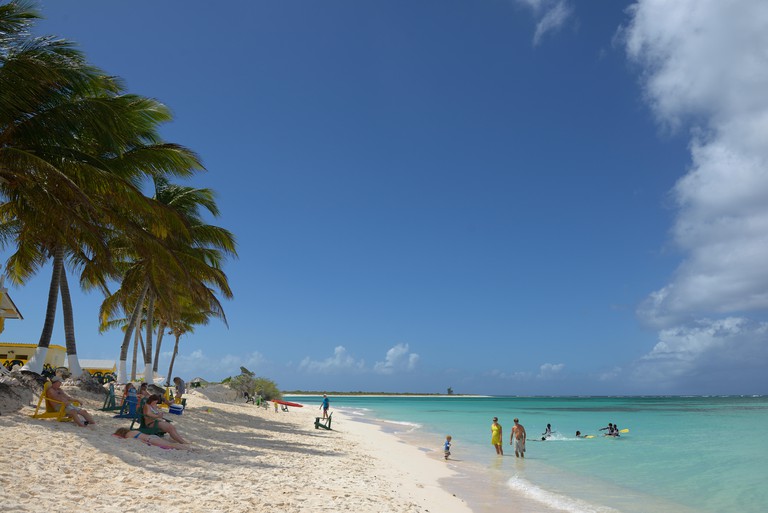 © Danita Delimont / Alamy Stock Photo
With its laid-back island vibes, Anegada is the only coral island in the Virgin Island’s volcanic chain. It is best known for its lobster dishes. No visit would be complete without sampling freshly caught Caribbean Spiny Anegada lobster served at local restaurants, such as Potters By The Sea in Setting Point. Anegada has great beaches including Loblolly Beach and Cow Wreck Beach. Keep an eye out for the critically endangered Anegada Rock Iguana and the fabulous flamingos that flock here. 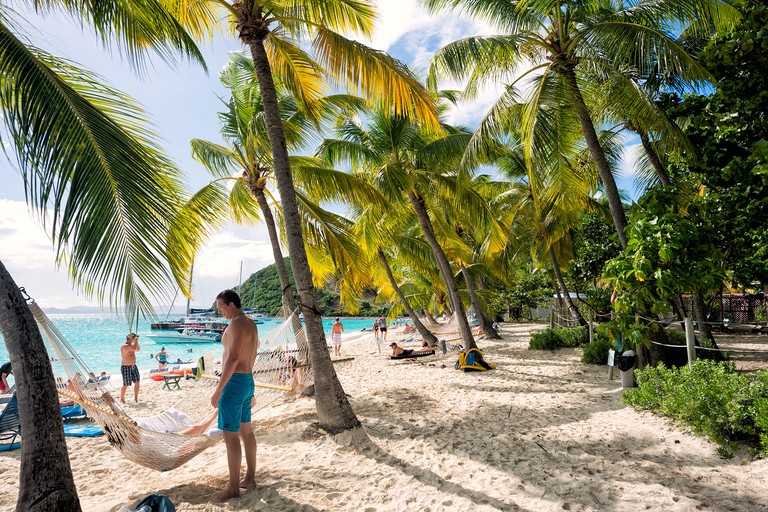 © Have Camera Will Travel | Europe / Alamy Stock Photo
Jost Van Dyke is the BVI’s party island, popular with day-trippers who make a beeline for its famous Soggy Dollar Bar and infamous Painkiller cocktail. But the island, named after an early Dutch settler and pirate, has other attractions with interesting scenery and folklore. Visit old sugar mills; follow walking trails that traverse the island; and dip in the natural sea-formed jacuzzi known as Bubbly Pool to the east. If you’re lucky, you may spot whales and dolphins. 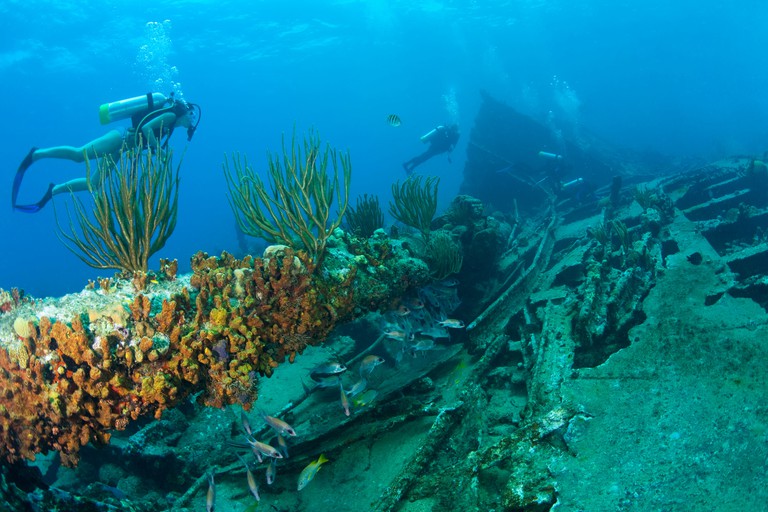 © Danita Delimont Creative / Alamy Stock Photo
Scuba divers flock to tiny Salt Island to explore what is considered to be among the best dives in the world, the wreck of RMS Rhone. The mail ship that sank in 1867 is now an artificial reef, home to thousands of different fish and coral. Snorkellers can swim right over the wreck. You can also hike around the island, stopping at the salt ponds and the wall commemorating sailors who went down with the Rhone.

Norman Island and The Indians 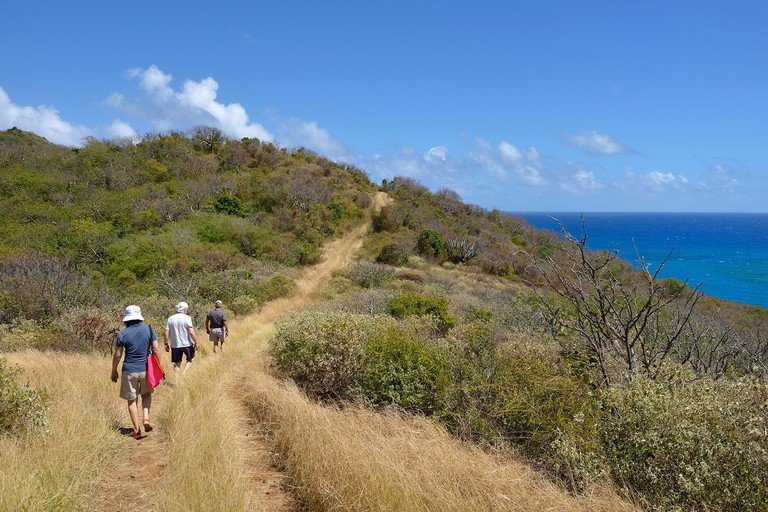 © Kevin Oke / Alamy Stock Photo
Norman Island is said to be the inspiration for Robert Louis Stevenson’s novel Treasure Island. However, the treasure for snorkellers lies in the caves that go deep into the island’s interior. While here, visit the rock formations known as the Indians, because they are said to resemble a Native American headdress. Look out for damselfish, blue tang and flatworms in the “fish bowl” on the northeast side. Don’t leave without visiting Willy-T’s floating pirate ship bar in the Bight Bay. 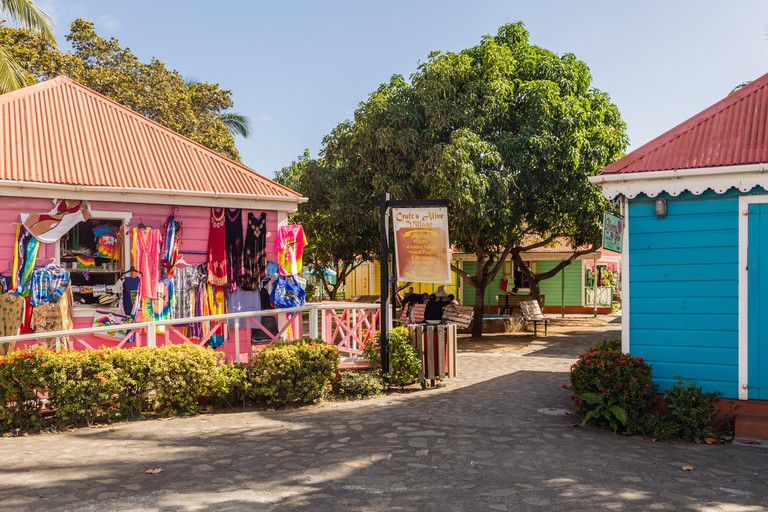 © Ian M Butterfield / Alamy Stock Photo
The BVI’s largest island, Tortola is known for its smart resorts and beaches. Spend a day in the capital Road Town and discover its history at the 1780 Lower Estate Sugar Works Museum or the Old Government House Museum. Main Street in Road Town is the place for shopping for crafts, fabrics and local art. Some of the best restaurants can also be found here, from fine dining to local eateries serving roti and conch dishes.

Just across Francis Drake Channel to the south of Tortola is Ginger Island, uninhabited apart from seabirds and marine life. Stop here for a day of scuba diving and sunbathing. Ginger Island has some of the best dive spots in the BVIs with healthy reefs all around the area. Snorkellers can venture into the calm waters of the South Bay at Ginger Steps. Carvel Rock faces the open ocean and attracts reef sharks and barracuda. 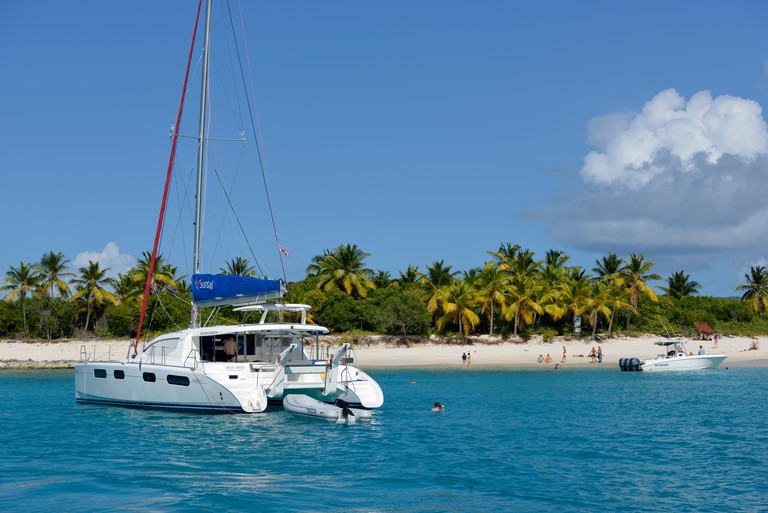 © Danita Delimont / Alamy Stock Photo
The island of Sandy Cay near Tortola is a lush nature reserve. Bring a picnic and watch crabs, lizards and tropical birds under the shade of banyan trees – it’s easy to imagine you’re on your own private island. There is an island hiking trail with great views. Small but perfect Sandy Spit is possibly the most photographed spot in the Caribbean, the epitome of a desert island with one palm tree in the centre; no doubt you will have seen it featured on advertisements, magazine covers and posters.

Discover the best of the British Virgin Islands for a day by booking a boat with SamBoat. Or, take your time and hire a vessel with Dream Yacht Charter.