There's More to Barbados than Beaches, Here's Why 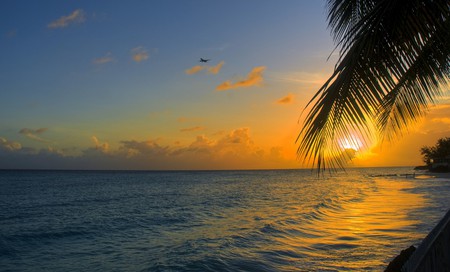 The jewel in the crown of the Caribbean is famous for pristine beaches and crystal clear waters, but beyond the sandy shores there are many cultural wonders waiting to be explored. Culture Trip travelled to Barbados to check out a Jacobean-style rum distillery, the oldest synagogue in the Americas and more.

I arrive in Oistins Bay after dark, when the fish mongers are well into their cleaning operation. A few fish remain on the slab, half-covered in ice: red snappers, swordfish and mahi mahi. The light from the overhead lamps sways softly in the evening breeze, dappled like shallow waters, making them look alive even in death.

The dull thump of a sound system echoes down the beach. Almost finished for the day, the fish mongers sift through boxes of ice and hose the bloodied floor keeping time with the music. Soon they too will join the throngs gathered on Oistins Bay.

Further along the waterfront I discover Friday night revellers dancing around a twin set of speakers. The crowds sway like coral in the tide, performing a repertoire of Caribbean dances as timeless and instinctive as the sunrise. 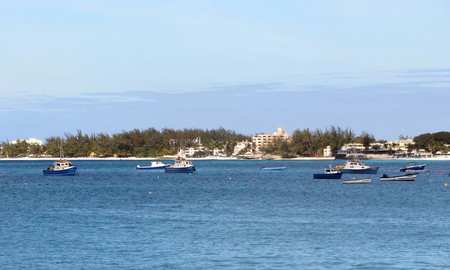 The air is thick with barbecue smoke. Cooks work frantically from behind their seafood stalls, barely staying ahead of orders coming in fast from hungry Bajans. I join a table outside Pat’s Place, order the grilled mahi mahi and some local beers (Banks and 10 Saints) and watch the crowds on Oistins Main Road.

The next morning I head to Bridgetown to visit Nidhe Israel – believed to be the oldest synagogue in the western hemisphere. The Caribbean has an interesting history of Judaism and one theory suggests the name Los Barbados (meaning ‘the bearded ones’) refers to early Jewish settlers and not the bearded fig trees native to the island. 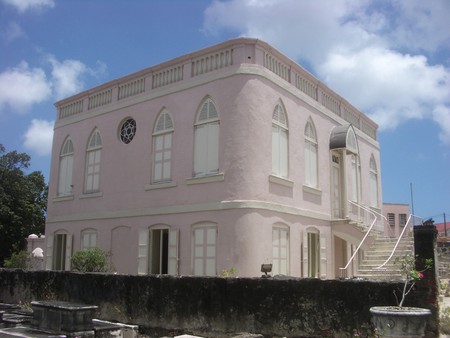 Altman, a self-styled restoration architect, recreated the original interior from archived photographs, including replicas of the original chandeliers and quirky pineapple sculptures on the bimah. Pineapples have been a symbol of hospitality since colonial times.

While excavating the grounds, research students also discovered the remains of a 17th-century mikvah, a natural spring once used for bathing. Today the synagogue and mikvah form part of a museum dedicated to Barbadian Judaism, telling the story of Jewish migration from Recife on the eastern coast of Brazil to the Caribbean island of Curaçao, and the history there onwards.

Further to the north, St. Nicholas Abbey is dedicated to a different kind of spirit. For the past five centuries the distillery on Cherry Tree Hill has produced some of the finest rum on the island. 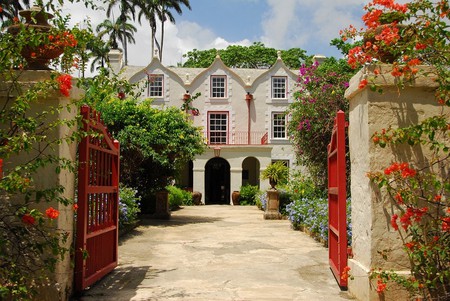 I visited the Jacobean-style plantation (one of only three in the western hemisphere) after spending the morning sightseeing with Blu Isles tours in Little Bay, where naturally occurring holes in the coral create huge spouts of seawater, earning them the nickname ‘blowholes’.

The 17th-century distillery was once owned by ancestors of actor Benedict Cumberbatch (Star Trek, Sherlock, 12 Years a Slave) and a portrait of Abraham Cumberbatch (bearing an uncanny resemblance to the Hollywood star) still hangs in the Great House. Just over 10 years ago the plantation was sold to Larry Warren, the first Bajan to own the property.

St. Nicholas Abbey is far from the only place to enjoy rum in Barbados. The island is home to over 1,000 cosy chattel bars, where Bajans go to have a drink and get lost in animated games of dominoes and road tennis – a sport unique to the island. John Moore is the one of the oldest on the island and a great place to experience Bajan culture firsthand. 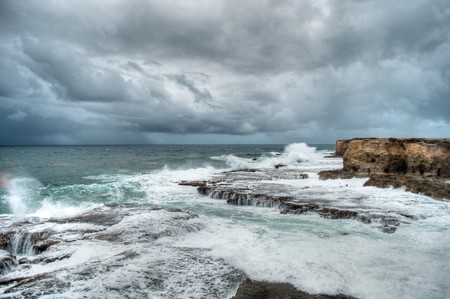 Leaving the commotion of the rum shop behind I visited Hunte’s Gardens, home of legendary horticulturalist Anthony Hunte. The eccentric millionaire has devoted the latter half of his life to creating a serene refuge and raising all manner of tropical species.

As I walk around the verdant grounds, local birds duet with the melodies of Chopin and Schumann playing from concealed speakers, cutting across the heavy air. The peace is interrupted only briefly when a family of green monkeys scampers through the tall palms.

Finally the lure of the beach and refreshing Caribbean ocean proves too tempting. But for those thinking Barbados is just about sandy shores and turquoise waters, its time to think again.