10 Customs Only Barbadians Can Understand 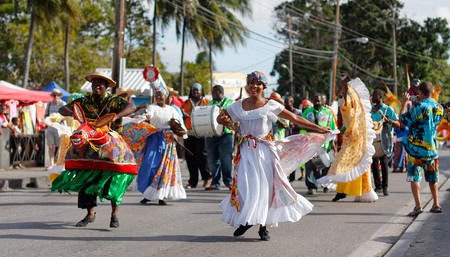 Previously uninhabited, Barbados was claimed by the British in 1625 and colonised two years later by just 80 settlers with 10 African slaves. A few years later, Sephardic Jews fleeing persecution in Brazil arrived bringing knowledge of sugar farming. Now an independent country, this beautiful island’s culture reflects its early history and contains language, music and local customs that are a blend of British and West African influences.

The national dish of Barbados combines West African roots with West Indian fish. Fishing is a way of life in Barbados, and so it is only natural that the most plentiful local fish, flying fish, is part of the national dish. Coucou came from West Africa and is made of cornmeal and okra. Stirred in a large pot with a flat cou cou stick until firm, the dish is served with steamed or fried flying fish. It is normally eaten at home on a Friday and often livened up with hot sauce. 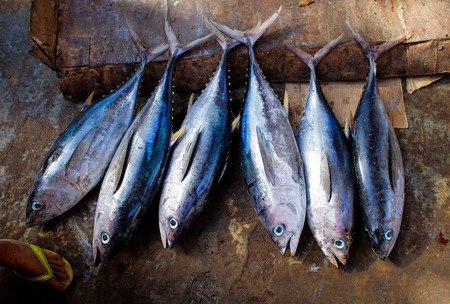 Friday is fish day in Barbados, and there’s no better way to spend the evening than at one of the island’s many Friday fish fries. The biggest and most popular is at Oistins, a south coast fishing town. Held every Friday evening in the Oistins Bay Gardens, this event features local music and a number of craft stalls selling their wares. The food is superb; marlin, mahi mahi, swordfish, tuna and lobster either fried or grilled. Expect to pay US$15–US$20 for a plate of food and a beer.

Legend has it that this traditional local dish has its roots in 17th-century Scottish cuisine as a derivative of haggis. A Saturday special, pudding and souse can be found everywhere from rum bars and street vendors, to local restaurants. The ‘pudding’ is composed of sweet potato, chillies and herbs stuffed into pig intestines to form a sausage which is then boiled. The souse is pickled pork with lime, onion, parsley and peppers. The best places to discover this dish are the local bars, where it can be washed down with Barbados’s own Mount Gay rum. 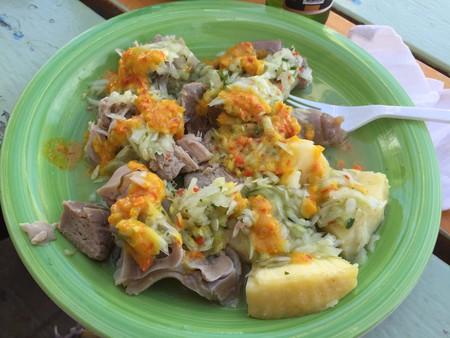 The tuk band is a truly indigenous form of entertainment, the roots of which lie in West African music brought over by slaves in the 1600s. Colonialists, fearful of the power of the music to motivate the enslaved peoples, banned tuk for a while. In order to circumvent the prohibition, it evolved to incorporate European elements, most notably the Scottish fife and drum music of the British military. The music and band composition were fully codified by the time of emancipation in 1838. Today tuk bands play at local festivals and other public events.

Landship is a cultural movement unique to Barbados. Each parish has a branch, known as a ship, which is based in a wooden house known as a dock. The group leaders have titles derived from British Royal Navy ranks, the highest being Lord High Admiral. Landship started among the enslaved people, but really came into being after emancipation. Using theatre to tell the story of the ‘middle passage’ – the journey by ship from Africa – the group performs a series of ‘movements’ similar to dance but based on naval activities. The movements are accompanied by a tuk band whose music represents the engine that powers the ship.

Beginning in mid-February each year, the Holetown Festival commemorates the establishment of the first settlement in Barbados in 1627. Starting at the Holetown Monument, the celebrations include a tuk band and craft fair, as well as cultural and historic displays. Local food and rum are in plentiful supply and even the local police get in on the act with a ‘Police Tattoo’. The festival is a true celebration of Bajan culture and customs.

This local music genre was created in the 1960s by Bajan singer Jackie Opel. Opel had spent a number of years in Jamaica with The Skatalites, before returning home with a fine repertoire of ‘riddims’ and giving birth to spouge. The genre used a speeded-up reggae guitar and a distinctive cowbell to drive the percussion. Spouge’s heyday was in the 1970s, but the genre is well regarded in Barbados as a local cultural creation and can still be heard in the island’s bars.

Originating in the 1780s to mark the end of the sugar harvest, Crop Over is Barbados’s most popular summer festival. Revived in the 1970s after a 30-year hiatus, the festival is noted for its brightly coloured outfits and calypso music. Crop Over features folk music, craft stalls, children’s events and a fantastic carnival finale known as Grand Kadooment. 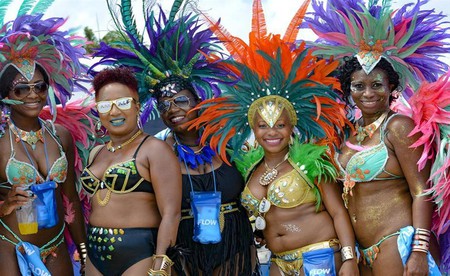 Handed down through the generations for nearly 400 years, this engaging board game is possibly nearing extinction. A nearly identical variation is still played in parts of Ghana, indicating its African origins. Played mostly by older Bajan men in local communities, the game comprises a long narrow wooden board with 12 hollows each containing four seeds. This deceptively simple game, played by two players who seek to capture the seeds, has been likened to backgammon and is perhaps as ancient. It is possible to find beautiful handcrafted mahogany Warri boards in Barbados.

A week-long Easter festival in the fishing town of Oistins on the south coast of Barbados, the Oistins Fish Festival celebrates the signing of the Charter of Barbados. Though the charter was signed in Oistins in 1652, bringing to an end an unusual and distant episode of the English Civil War, the Festival was only established in 1967. However, fishing is a way of life and Bajans love a good party, so what better way to commemorate this proud period of Bajan history than a fish festival? 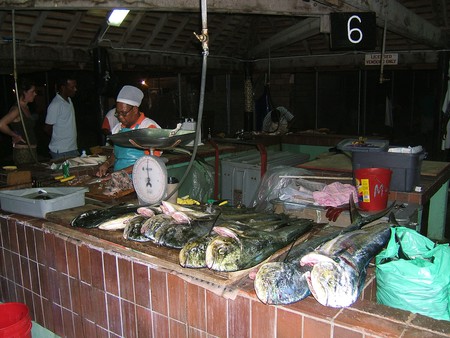 Oistins | © Abir Anwar/Flickr
Give us feedback