The small, polyglot island of Curacao, part of the ABC Isles along with Aruba and Bonaire, has a inchoate but prominent literary tradition, enhanced by its diverse linguistic makeup which includes the local Creole language of Papiamentu, as well as English, Spanish and Dutch. 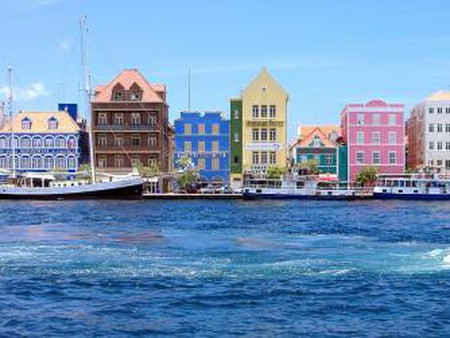 A former Dutch colony, the arrival of West African slaves to the island in the 17th century heralded the coming of a rich oral tradition to the country in the form of kuentanen, the West African fables of Anansi, and kantikanan or folk songs. The slave trade was abolished in 1863, but nonetheless has led to the development of a distinct Papiamentu and Dutch-Antillean literary traditions. and themes included history, identity, race, colonialism and religion. The first notable literary work from the island was by the poet Joseph Stickman, whose Papiamentu poem Atardi (Evening Tide) was published in 1905, but there was a resurgence of writing in Dutch in the 1940s and 1950s.
Born of mixed racial heritage in 1902, Cola Debrot is one of the most well known modern Dutch writers, poets and essayists on the island. The son of a plantation owner, he went to the Netherlands to study law and medicine, but returned back to Curacao in the late 1940s, where he later became a governor. He died in 1981 but remains one of the forefathers of Antillean fiction. His work was inspired by the 20th century movements of surrealism and existentialism, while his most famous work was the novella My Black Sister (1935) a taboo breaking story about the homecoming of a young man, which features themes of racial discrimination and incest.

One of the first major literary works of Dutch Caribbean literature, the radical novella was one of the first to be published outside of the native Hispanic and Afro-Curacaoan language, and announced the emergence of a new literary tradition. Debrot is one of the few authors from the island to have received international recognition, with his collected works published by the Meulenhoff Publishing House in the Netherlands between 1985 and 1989. Other notable writers include Tip Marugg (1923-2006), known for his magical realist style and works such as Weekendpelgrmage (Weekend Pilgrimage, 1957), and Frank Martinus Arion, whose novels Dubbelspel (Double Play), and De laatste vrijheid (The Final Freedom) about the issue of Caribbean multiculturalism, were both published in 1973. Africa is a common theme and setting in Arion’s work, and he is a member of the Curacao Language Institute, which advocates the use and recognition of the native Papiamentu.
By Erdinch Yigitce