Top Film Festivals in the Caribbean 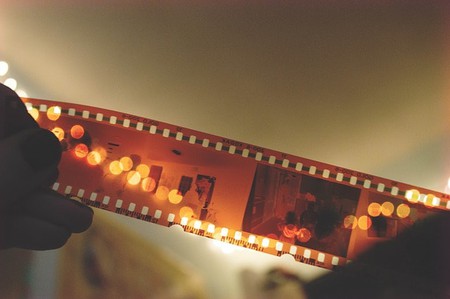 Film industries across islands in the Caribbean are committed to creating unique Caribbean identities and showcase authentic Caribbean experiences through visual storytelling. Throughout the year, different islands host film festivals to promote, support and to bring international attention to their local filmmakers. If you want to experience a range of Caribbean-produced films, here are the best film festivals to attend.

The Dutch Caribbean island of Curaçao is the host of the annual Curaçao International Film Festival Rotterdam (CIFFR) every April. The CIFFR is a project funded by the International Film Festival Rotterdam in the Netherlands that offers recent independent and innovative films, documentaries, and short films from all over the world, as well as a photography competition. The film festival seeks to expand the number of high-quality films shown on the island and inspire young filmmakers to aid in broadening the range of culture in Curaçao. Through its connections with the film festival in the Netherlands, the CIFFR offers the international Yellow Robin Award competition for emerging filmmakers around the world.

Jamaica’s reputation as the cultural mecca of the Caribbean has shined the spotlight on Jamaican Films and allowed them to gain major international success. The Jamaican Film Festival, both a cinematic and cultural event, is held in the summer in Kingston. The film festival showcases the best and brightest talents from Jamaica’s Film Industry. A day at the film festival also includes musical performances from the top reggae acts in Jamaica and, of course, delicious Jamaican food.

The Belize International Film Festival is an annual, culture-centric festival that focuses on Central American and Caribbean films. The Festival is held in Belize City every year and offers a diverse lineup of feature films, short films, documentaries, short documentaries, and 15 Belizean music videos featuring well-known artists. The film festival is recognized internationally for its focus on relevant contemporary issues affecting Belize and other Caribbean islands.

The Travelling Caribbean Film Showcase (TCFS) is an annual film festival that travels around the islands throughout the year, representing filmmakers from the Caribbean, Latin America, Africa, and its diasporas. TCFS is produced by the Travelling Caribbean Film Showcase Office, a division of the Cuban Film Institute located in Havana. The showcase offers documentaries, animated films, feature films, and short films and seeks to support local filmmakers while promoting cooperation among Caribbean islands.

FilmTT, Trinidad and Tobago’s local film industry, established the annual Trinidad & Tobago Film Festival that takes place in Trinidad every September. Along with celebrating a range of visual storytelling from the Caribbean, its diaspora, and internationally, the T.T.F.F. is known for its amazing industry-based programs and various networking opportunities for Caribbean filmmakers. 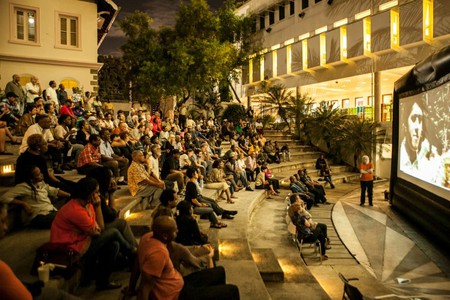 Every November, the Dominican Global Film Festival sets out on a mission to showcase the best international and local films that will seek to bring awareness to global issues as well as promote and strengthen the film industry in the Dominican Republic. The Global Film Festival is held in Santo Domingo and offers a high-quality selection of international films, dramatic films, local feature films, and documentaries.

The Animae Caribe Animation and Digital Media Festival is the biggest of its kind in the Caribbean. The prestigious animation event, held in Trinidad and Tobago, attracts major animation studios such as Dreamworks, Aardman, Pixar, Cartoon Network, and Nickelodeon to host and present workshops for inspiring animators and digital media professionals. It is also a festival where animators in the Caribbean get a chance to show their work to top industry professionals and a wider audience. Animae Caribe features multiple expos, animated boot camps, screenings, and more.