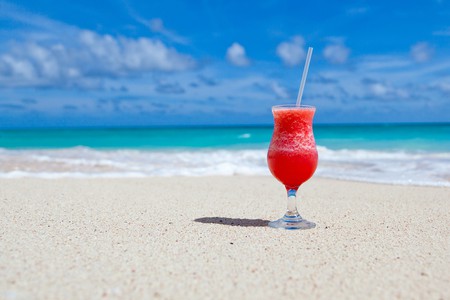 Crystal clear waters, endless sandy beaches and year round sunshine make the Caribbean one of the world’s most loved and popular vacation destinations. However, despite the popularity of the region, it is still possible to escape the crowds and discover a quiet island paradise. Leave the big hotels and cruise ships behind as Culture Trip explores the best Caribbean islands to avoid tourists.

This quiet little French Caribbean island sits a few kilometers from Guadeloupe and is the most easterly island of the tiny archipelago of Les Saintes. At a little over five kilometers square (two square miles), the island is certainly small but beautiful and green. The ferry from Guadeloupe arrives right into the main village, the residents of which make their living from fishing. There are some old Napoleonic fortifications, a botanic garden to see, and some good diving to be had, but otherwise this is a place for blissful peace and quiet.

Known locally as Statia, it’s only eight kilometers long and a little over three kilometers wide, which makes exploring this Dutch tropical gem relatively easy. The island has a rich history, discovered by Christopher Columbus in 1493, it has changed hands over 22 times between the French, English and Dutch. Each possessor left an indelible cultural impression on this tiny paradise, which was once one of the wealthiest ports in the Caribbean. There are some fascinating historic buildings and ruins to visit, along with the obligatory palm fringed beaches. There is no mass tourism, just a small selection of guest houses and inns. Hiking the 2,000ft Quill – a dormant volcano and the highest point on the island – offers spectacular views and takes about half a day. The diving is fantastic, with over 100 sunken wrecks just off the coast.

Guana Island is one of nature’s little secrets. A number of the BVI islands are perfect little hideaways but Guana is barely touched. What’s more, it is possible to rent the whole island for as long as desired (for a price of course). Imagine the Caribbean before the tourists, and Guana island is what you’ll be thinking of. The island was originally settled by Quakers who established a sugar farming community in the 18th century, the remnants of which now form part of the guest property. The island is privately owned and offers several sea view rooms and quite fabulous villas just a few minutes’ walk from beautiful white sands and the Caribbean Sea. Voted by Conde Nast as one the “Best Resorts in the Caribbean” in 2015, this island can only be reached by boat from Beef Island, where the airport lies. Rich in flora and fauna and with seven white sandy beaches and several kilometres of tropical forest and mountains, this is the perfect island retreat to escape from the world.

At just under seven square kilometers, Salt Cay is the smallest of the main inhabited islands in the Turks and Caicos and currently has a population of less than one hundred. The island has been recommended as a UNESCO heritage site and is definitely the place to escape the crowds. A tiny flat slither of a place, Salt Cay is one of the Caribbean’s best kept secrets. Around Balfour Town and the Deane’s Dock area much of the original colonial architecture remains in place, adding to that old-world Caribbean feel. There are no hotels on the island only rental villas or B&Bs and only a handful of cars. There are also no paved roads, so you’re more likely to come across a donkey than a tourist.