Robinson Crusoe, and Other Tales From Literature’s Desert Islands 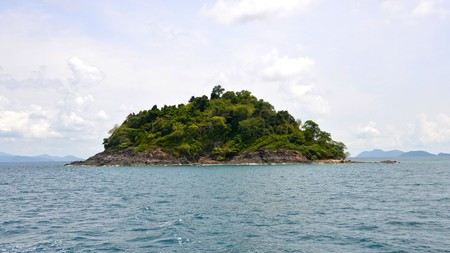 From Robinson Crusoe to Lost, the desert island has long been used as a setting in literature, film and TV. The untrodden landscape provides a space in which characters are challenged to be self-sufficient and establish societies, and where, failing this, the mask of civilisation falls and they regress into barbarity. As such, castaway narratives have been interpreted as allegories for colonialism, humankind’s innate evil and much else besides.

The island narrative has been told many times since (and at least once before) Defoe’s novel, with modern adaptations going beyond the tale of the intrepid Western explorer stranded on a tropical idyll. These are the best. 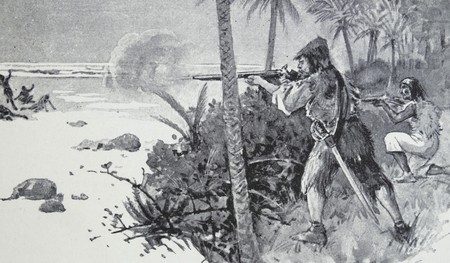 Shakespeare’s The Tempest is one of the earliest known texts set on an island. The exact location of the enchanted island is never mentioned in the play; however, since the ship is caught in a storm between Italy and Tunisia, it’s believed to be somewhere in the Mediterranean. Its inhabitants are under a spell, with each perceiving his or her surroundings differently; the explicit element of magic is an early example in literature of the island setting being used to test human will.

Cited as one of the first English novels, Daniel Defoe’s seminal story of a lone adventurer’s 28 years on an island off the South American coast has spawned countless imitations. The titular character’s journey from England to a secluded island, where he adopts a servant and attempts to establish his own version of civilisation, is frequently interpreted as a symbol for the British Empire. Defoe was allegedly inspired by the story of Scottish castaway Alexander Selkirk, a Royal Navy officer who spent four years stranded on an island in the South Pacific Ocean, which was renamed Robinson Crusoe Island in 1966.

William Golding’s classic novel traces a group of schoolboys’ regression from civilisation to savagery as they attempt to govern themselves on the desert island where they wash up after a plane crash. The fictional island, somewhere in the Pacific Ocean, is described as idyllic yet isolated, and is ultimately destroyed by the boys. Golding’s novel is widely studied in schools and regarded as a moral tale of the innate darkness of human nature.

Jean Rhys’s postcolonial novel Wide Sargasso Sea tells the backstory of the ‘madwoman in the attic’ from Charlotte Brontë’s Jane Eyre (1847), taking her from the confines of English society back to her hometown in Jamaica. In Rhys’s prequel, the madwoman is given her true name – Antoinette – a voice and a home, reversing the colonial narrative. Though not technically a desert island story, the Caribbean climate has an intoxicating effect on Mr Rochester, Antoinette’s husband, who often feels trapped.

In this modern take on the desert island narrative, wealthy architect Robert Maitland is left to fend for himself after his car crashes into a derelict space between busy roads. Though surrounded by cars and buildings, Maitland fails to attract attention and find help. An urban sci-fi take on the classic tale, the central character is forced to confront the darkness of his own mind and the alienation of modern life.