In the Bahamas You Can Swim With These Amazing Animals 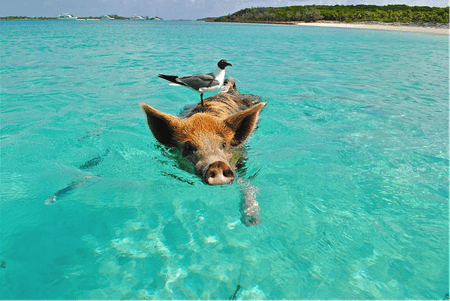 Swimming pig with a friend on his back | Pixabay

The Bahamas is a country of 700 islands and about 180,000 square miles of ocean. It is home to some of the most diverse marine wildlife in the world – much of which is completely safe to swim with. This gives visitors a chance to appreciate animals up close and in the freedom of their natural habitat. Here we give you our pick of the top 10 marine wildlife to swim with when visiting the archipelago.

Pig beach is an inhabited island located in Exuma, The Bahamas and is home of the swimming pigs. No one is entirely sure how the pigs got there because they are not native to the island. Some say they were left there by sailors who planned to come back and cook them, or that the first set of pigs swam over from a shipwreck nearby. But no matter how they reached the island, they have made it their home and are now a popular tourist attraction.

Swimming pig with a friend on his back | Pixabay

Shark diving is a thrilling experience that lets you safely see one of nature’s most efficient predators in its natural habitat. The Bahamas is home to a wide variety of sharks such as reef sharks, great whites, hammerheads, nurse sharks and much more. 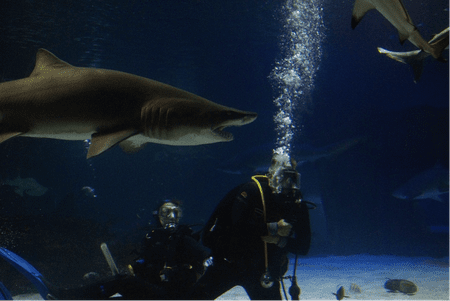 Dolphins are the smartest marine animals in The Bahamas and are known to have emotions as developed as humans. They are trained to perform a number of tricks such as backflips, giving people rides on their backs, giving out kisses and much more. They are friendly, safe and very entertaining. 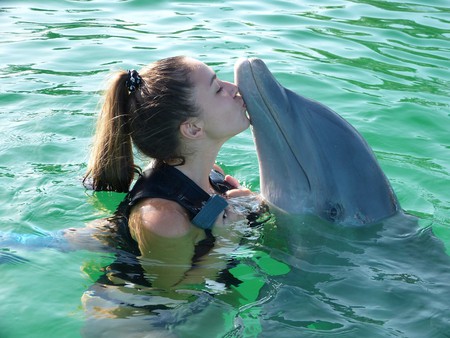 Much to the surprise of tourists, coral reefs are not a stone-like substance but are actually colonies of thousands of tiny animals called polyps. The island Andros is home to the third largest coral reef in the world – it stretches for up to 190 mi (306km). 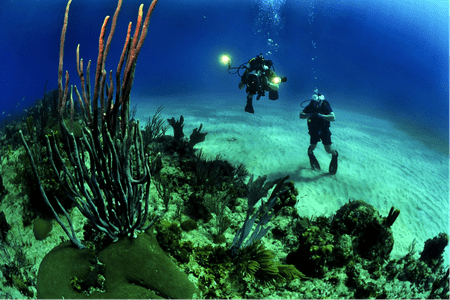 The Bahamas is home to many different species of rays, the largest being the manta ray which can grow up to 20 ft (6m) long and weigh up to 3,600 lbs (1,633kg). Despite their scary appearance most rays are harmless to humans and keep to themselves, making them a great animal to swim with and observe. 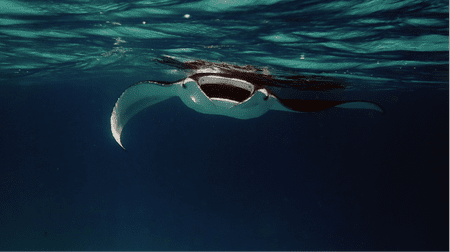 This is one of The Bahamas’ most well known marine animals and is often taken as a souvenir because of its beauty. Starfish have a unique anatomy – they have no brain or blood, instead they use filtered seawater for all the purposes blood would usually be used for. They also have the ability to regenerate limbs. 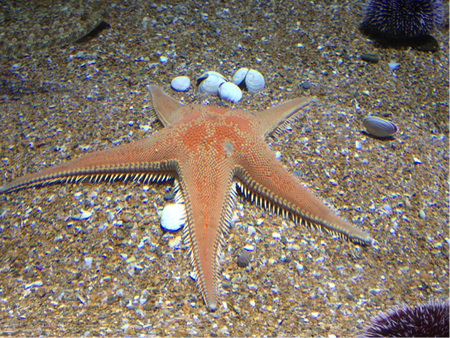 Sea turtles are very shy animals but can grow to be extremely large, weighing up to 1300 lbs (590kg)! Sea turtles feed on small animals like jellyfish, crabs, shrimps and sponges, and pose little threat to divers unless provoked. 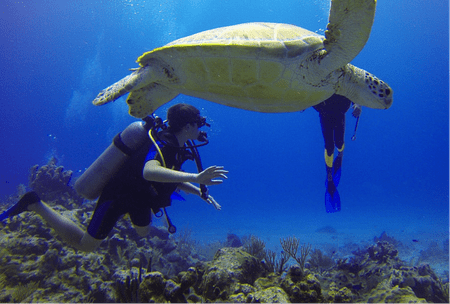 The lobster is a marine animal made famous as a dinner option by restaurants such as Red Lobster. These creatures are usually found near coral reefs where there is an abundance of prey for them to eat. When food is scarce, lobsters can turn cannibal and feed on smaller lobsters. 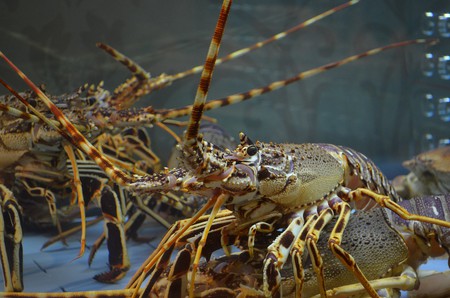 The conch shell is commonly associated with the Caribbean, however few know much about the creature that inhabits it. The conch is a marine mollusk and can be described as a large sea snail. It grows for about four years before it reaches full maturity, starting to create its shell as soon as it hatches. However even after the creature reaches full growth, the conch shell continues to thicken until the mollusk dies. Here you can see a glimpse of the animal that inhabits the shell. 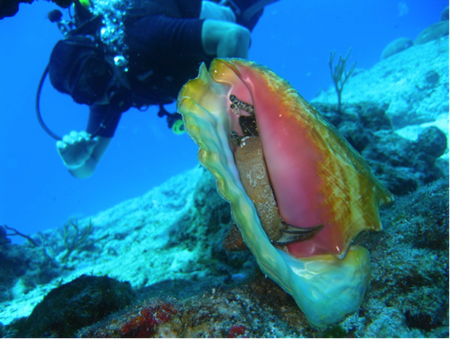 A queen conch in her shell | Pixabay

The grouper is one of the most popular fish in the local diet. Many chefs rate Groupers as one of the best fish to serve and describe its flesh as cloud-like. Interesting fact – all groupers are born and mature as females but develop the ability to change sex later in life, which they will do if there are no males present and they are the largest female in the group. 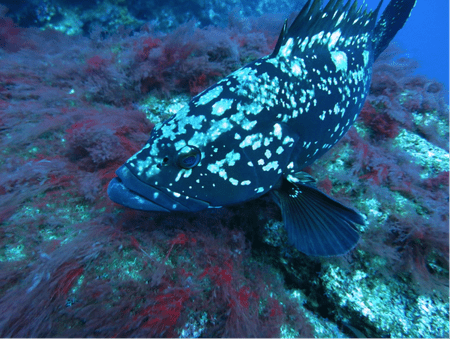 A grouper | Pixabay
Give us feedback