Everything You Ever Wanted To Know About Rum 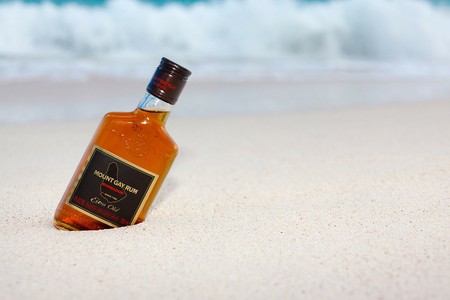 Most Caribbean islands produce distinctive rums, which vary in character broadly according to the colonial history of the island. English islands tend to produce strong dark rums from molasses, whereas the French islands favour producing rum directly from sugarcane juice, while the Spanish islands are famous for their smooth rums. Rum must be the most popular drink in the Caribbean, drunk everywhere from back-street hangouts to high-end cocktail bars. Culture Trip uncovers the history of the Caribbean’s most ubiquitous beverage.

There are ancient accounts of rum-type drinks in the Far East, but the drink known today as rum originated in the colonial West Indies as a by-product of the sugar trade. During the 17th century it became apparent to those working on the sugar plantations that fermenting and distilling molasses produced alcohol, and so modern rum was born. The exact origin of the name rum is disputed, and there are some colorful attributions. Some rums are produced from the sugar cane juice rather than the molasses, a process which retains more of the original flavors and tends to command a higher price. Independently of the Caribbean, other parts of the world originated their own fermented sugar based drinks, but it is Caribbean rum that came to dominate – mainly because of its role in the 17th century global economy controlled by colonial European nations.

Rum rapidly spread throughout the colonies to colonial North America, India, Canada and Australia, and even played a part in some momentous events. Mutineers in Australia seized control of the government in 1808 when the governor attempted to regulate the use of rum in what was known as the Rum Rebellion. Whereas in North America, George Washington had a barrel of Barbados Rum at his 1789 inauguration. The British Royal Navy continued to serve a daily rum ration or tot to sailors until 1970. In fact, legend has it that in 1805 after the Battle of Trafalgar, the Royal Navy placed the body of freshly deceased Admiral Nelson in a barrel of rum to preserve it for the voyage home. 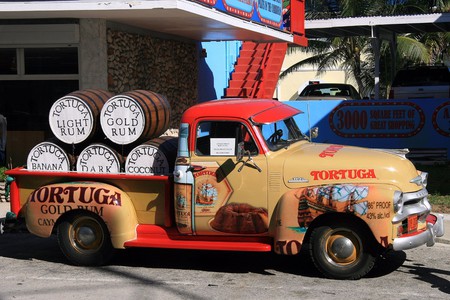 There is no global definition for rum, with each producing nation choosing its own criteria, however there are some broadly accepted commonalities for this fermented and distilled sugar based drink.

Jamaica is particularly well known for dark rums, which tend have a stronger, fuller flavor, having been aged for longer and in charred oak barrels. The best of these rums can be exceptionally smooth and command a high price, running to thousand of dollars per bottle. Appleton Estate Master Blenders’ Legacy is a fine example; that having been aged in old Jack Daniels barrels, it has a smoothly sweet and spicy flavor that demands to be drunk neat, just like a good whiskey.

Often filtered after ageing, light rums can be completely colourless.Fortunately for rum aficionados, experimentation is something to be encouraged – cocktail recipes may need to be adjusted according to the individual brand of light rum being used. The relatively new to market Captain Morgan White Rum is reasonably well regarded, and comes from an iconic and reliable brand. 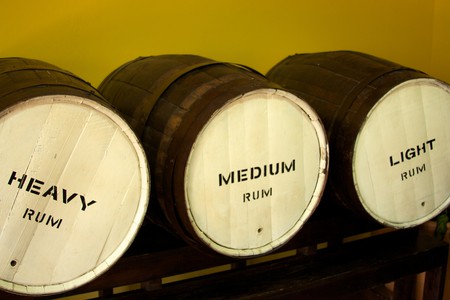 Medium bodied rums gain their coloring from the bourbon whiskey oak barrels used for the aging process. Extra filtering processes take the edge off the young rum, and lend it a soft golden hue, making it a particularly popular and affordable rum. The famous Bacardi company, originally of Cuba, but long since based in Puerto Rico, produces one of the best known – Bacardi Gold Rum. Aged for just 1 to 2 years, the rum is then filtered through a secret charcoal blend to soften it. Not quite smooth enough for sipping, this is best as a mixing drink.

The strongest of the rums, overproof can actually be found up to 160 proof. Overproof is the drink of choice for many locals in the Caribbean who take it with water, coconut water, or our favourite with Ting – a grapefruit flavored soda. Wray & Nephew White Overproof Rum is one of the most popular, originating in Jamaica but seen on shelves as far away as the Canadian Rockies. 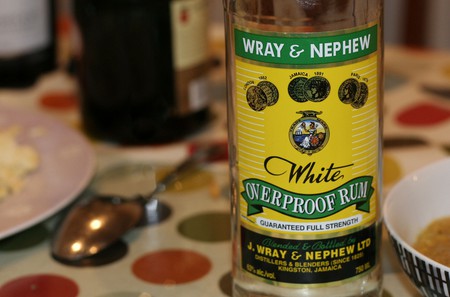 Classically based on amber rums with the addition of spices, these rums are wildly successful and suitable for mixing. The best can be enjoyed neat over ice, but you get what you pay for, so avoid cheaper brands that are coloured with caramel. The most famous and successful spiced rum must be Captain Morgan’s Original Spiced Rum.

There are other sugar-based drinks available, such as Brazilian cachaça, and an entire body of flavored rums out there too. The best rums are the specifically aged rums, some of which rival the best whiskeys for their smoothness and drinkability. One of the best out there is the Panamonte Reserva XXV – a 25-year-old from Panama for which you must sign up to a waiting list.
The world of rum is as varied as that of wine or whiskey, with a truly staggering variety available. It is eminently rewarding to take time to learn more about this versatile beverage. Whether a ten dollar bottle to mix with cola, or a $5000 bottle to be sipped on a special occasion, do as they say in Jamaica and sweeten up yuhself.