An Introduction to the Andros Barrier Reef in the Bahamas 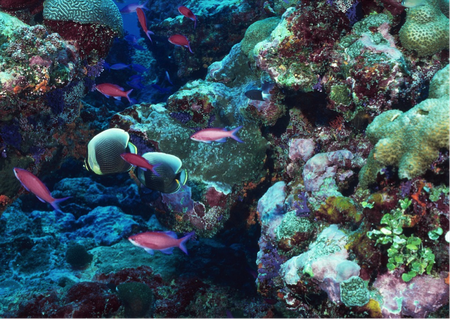 The Andros Barrier Reef in the Bahamas is the world’s third largest barrier reef, and the third largest living organism on the planet, measuring at 190 miles (305 kilometers) long. It is home to a large variety of marine life, with over 164 specifies of fish and coral, making it one of the most popular locations in the country for divers and snorkelers.

Running parallel to the east coast of Andros and ranging in depth – from 8 feet (2.5 meters) deep on the island side, up to 6000 feet (1.8 kilometers) deep on the ocean side – the Andros Barrier Reef is famous for its deep-water sponges and large schools of red snapper. It is also the only place in the world with more than one Nassau grouper aggregation, but you will also find other sea creatures, such as marlins, sailfish, stingrays, reef sharks, lobsters, turtles, moray eels, octopi and game fish, to name but a few. Below are the most important to note when you take the plunge.

The Blue Marlin is the national fish of the Bahamas. Blue Marlins are the largest marlin and can reach up to 14 feet (5 meters) in length, and 2000 pounds (907 kilos) in weight. They’re capable of reaching speeds of up to 60 miles (96 kilometers) per hour. 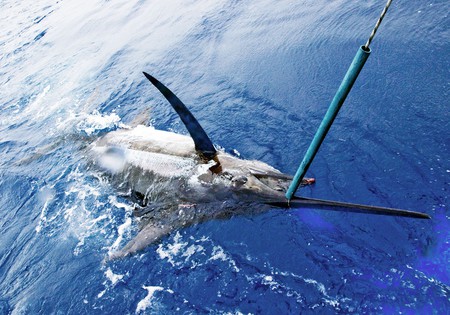 A blue marlin, the national fish of the Bahamas | © Phil/Flickr

Manta rays are the largest of all the rays in the ocean. The largest of its species can grow as big as 23 feet (7 meters), while the smaller ones reach up to 18 feet (5.4 meters) – which is still pretty massive. 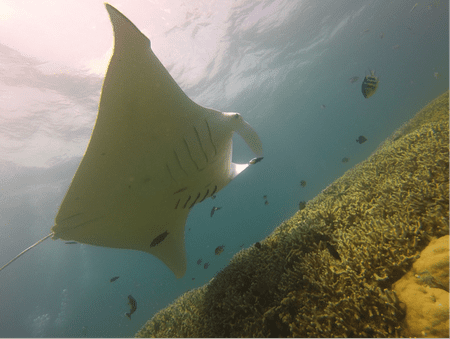 A manta ray swimming in the open ocean | Pixabay

Moray eels are unique creatures, with a unique hunting technique. Occasionally they have been observed teaming up with another reef predator, the grouper, to hunt together. The grouper hovers overhead and the moray eel works from the bottom to confuse the prey. This guarantees at least one predator gets a meal. 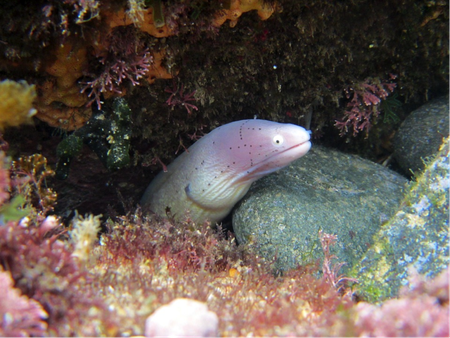 A moray eel in its burrow | Pixabay

Rock lobsters are omnivores that feed on small fish, worms and plants. To hide from predators, they duck inside small crevices or bury themselves in the sand. 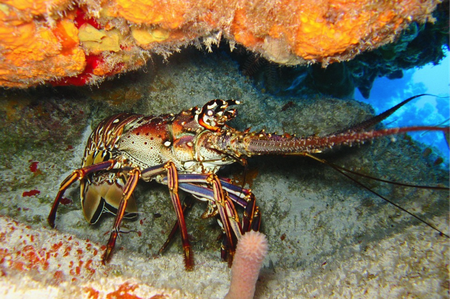 A rock lobster, a common find in the barrier reef | Pixabay

The flying gurnard is suitably named as such because of its large, round fins that resemble wings, making it a stunning creature to watch underwater. The flying gurnard diet consists of small crustaceans and invertebrates. 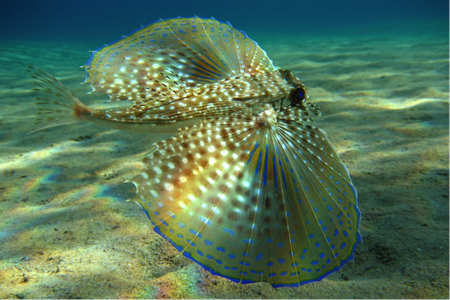 The flying gurnard in motion | WikiCommons

The Bahamas is home to 5 of the world’s 7 sea turtle species, including the green turtle, which according to some scientists, can live to be almost a century old. The green turtle is the largest in the world and can weigh up to 700 pounds (317 kilos). 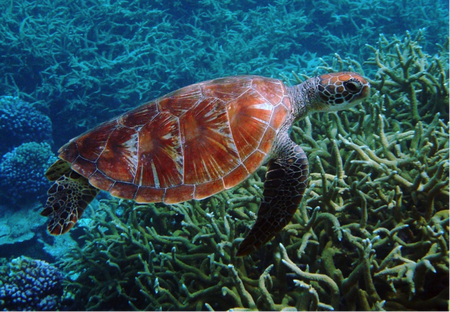 A green turtle, the largest in the world | © Kydd Pollock

The best way to appreciate this beautiful community of marine life is to go snorkeling or scuba diving. There are numerous companies that organize expeditions, that will provide you with the proper equipment and supervision to make sure you are safe while exploring the natural beauty of the reef.