A Walking Tour of Architectural Landmarks in Nassau, Bahamas 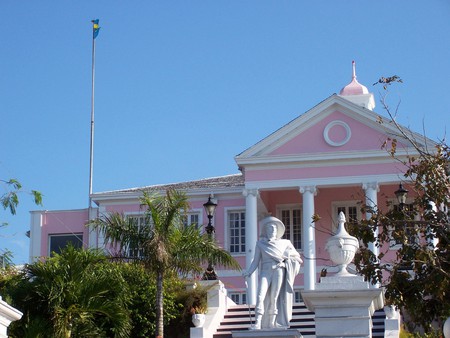 Before the Bahamas was an independent nation it was a British colony, and to this day there are many monuments that have historical relevance to this period. Most of these structures were built before the country’s independence and the various architectural styles reflect those which were popular in the British Empire at the time. Read on to discover some of the most notable architectural attractions in Nassau and their importance to the country.

This staircase was carved out of limestone by slaves between 1793 and 1794 and was later named in honor of Queen Victoria. It provides a direct route from Fort Fincastle to Nassau City. Fort Fincastle was one of the forts used to protect the country during the pirate era and this staircase is a testament to the Bahamas’ colonial history. 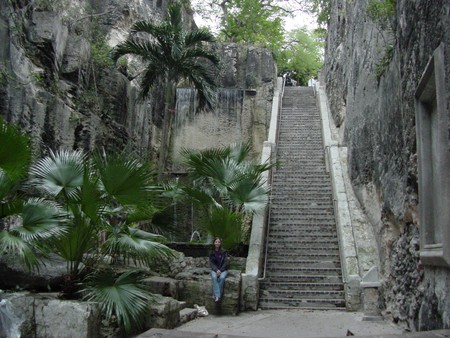 In front of the British Colonial Hilton in Nassau is a statue of Woodes Rogers, the first Royal Governor of the Bahamas. Rogers played a very important role in getting rid of the pirates that inhabited the region during the Great Pirate Era, which lasted from 1690 to 1720. His slogan was Expulsis Piratis, Restituta Commercia which translates to ‘Piracy Expelled, Commerce Restored.’ 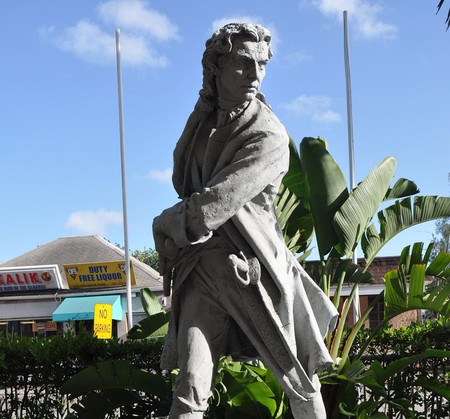 The Queen Victoria Statue sits outside Parliament Square, where the Bahamian Senate meets to discuss political issues. It was built in 1905 from funds donated by members of the public who held her in high esteem. 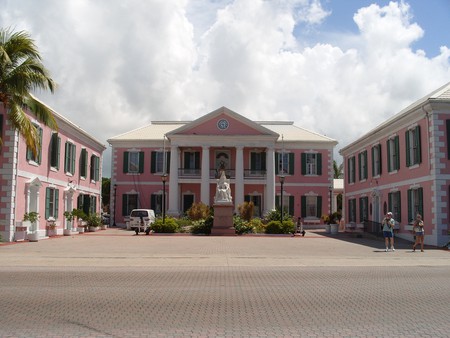 This stone arch was erected around 1850 after Governor John Gregory. It was officially opened to the public on January 19, 1852. The tunnel forms a small entrance to a community known as Over The Hill.

This monument is located at the front of Government House, the residence of the Governor General of the Bahamas. Christopher Columbus ‘discovered’ the New World by landing on San Salvador, one of the Bahamas islands, in 1492. 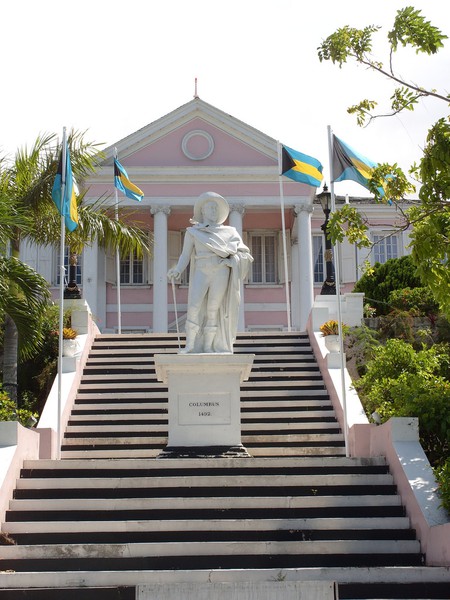 Garden of Remembrance and the Cenotaph

The Garden of Remembrance is located at the back of the Supreme Court. The Cenotaph within the garden serves as a memorial to all the Bahamians whose lives were sacrificed in World War I and II. It also commemorates the four Royal Bahamas Defense Force Marines who died, in a separate incident, when their ship sank, following an attack by a Cuban MIG fighter. 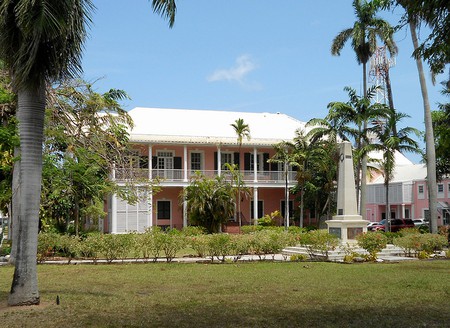 This is the oldest fort still standing in Nassau. It was built in 1741 out of local limestone to help protect the Bahamas from invading pirates. It is located at the eastern end of Nassau Harbour and tours are given Monday to Sunday from 8:00 AM to 3:00 PM free of charge.