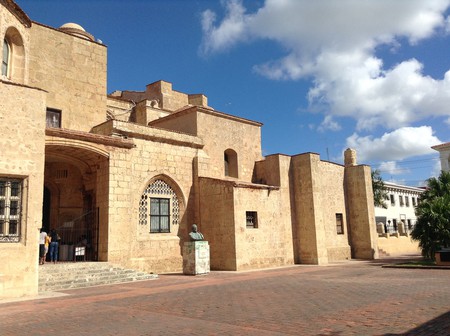 The Cathedral of Santa Maria la Menor was the first Catholic cathedral to be established in the New World in the early 1500s. It is has ties to Christopher Columbus, English Privateers and holds a lot of historical significance for the Dominican Republic, making it one of the nation’s most visited tourist attractions.

The Cathedral of Santa Maria la Menor is the oldest cathedral in the Americas, dating back to 1512. It was commissioned by Pope Julius II in 1504 and finally constructed eight years later. It was dedicated to St Mary of the Incarnation. The cathedral was once the base of operations for Sir Francis Drake, a famous English Privateer who looted Santo Domingo in 1586. The cathedral is also known as the resting place of the first European explorer to visit the New World, Christopher Columbus.

The building itself is a mixture of different architectural styles. The exterior of the building shows elements from the Renaissance period while its interior has facets of a Gothic design. Tours of the cathedral are conducted regularly with access to the interior, exterior and extended grounds.

Once inside, you will be able to explore the architecture as well as an art collection of furnishings, jewelry, silver and woodcarvings. Outside of the cathedral, you can find a bronze statue of Christopher Columbus overlooking Plaza de Colon Square. It’s located in Ciudad Colonial, the first permanent European settlement established in the New World, which is also a recognized UNESCO World Heritage Site. 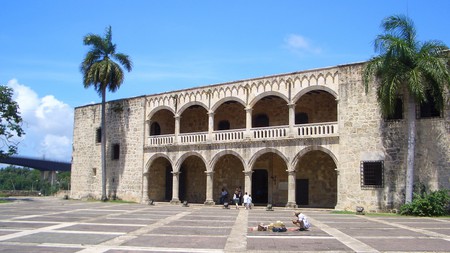