Caribbean Hidden Gems You Should Add to Your Bucket List

There are many destinations in the Caribbean that are world famous. People often mention Paradise Island in the Bahamas or the Bob Marley Museum in Jamaica when talking about the Caribbean. There are, however, a few hidden gems that are just as beautiful and magical as the well-known places. Here’s our list of secret spots in the Caribbean that you should add to your bucket list.

Many people are unaware of the fact that Puerto Rico is actually an all-star archipelago. Just several miles off the east coast are the island towns of Vieques and Culebra, which are both world-class attractions on their own. Mosquito Bay in Vieques is the brightest bioluminescent bay in the world, according to the Guinness Book of World Records. Culebra has Flamenco Beach, which The Discovery Channel named the second best beach in the world. They are the most secluded, pristine towns in Puerto Rico. 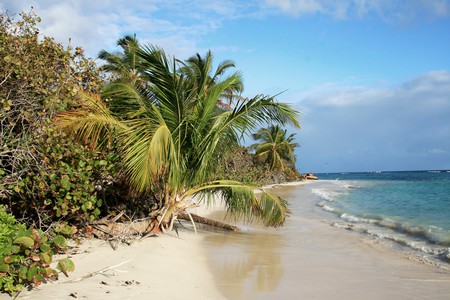 The underwater trills in Mexico

The Cancun Underwater Museum in Mexico is unlike anything you’ve seen before. With more than 470 life-sized statues, this reef is easily one of the most fascinating man-made underwater structures – perfect for exploring both the natural wildlife and the unique artworks that lie beneath the waves. You’ll have the chance to swim and wade through the turquoise waters that run through this large and dramatic caving system, as well as experiencing complete darkness when the lights go out. 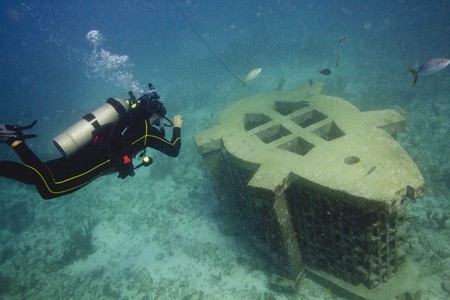 When many people think of Trinidad & Tobago, they only ever seem to think of visiting Trinidad. But the laid-back island of Tobago, said to inspire Robinson Crusoe, is a truly relaxed secluded getaway. Aside from winning prestigious awards for its remarkable eco-credentials, Tobago’s locals are very relaxed, warm and welcoming. Tobago is a fantastic tropical island to escape your hectic lifestyle, so put your feet up and enjoy the picturesque beaches. 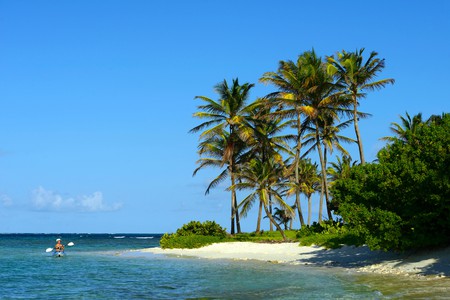 The Bahamas is home to one the most beautiful pink sand beaches in the world. The pink hue comes from foraminifera, a microscopic organism that actually has a reddish-pink shell, while the sand is a mix of coral, shells, and calcium carbonate. It is truly one of the most fascinating things that you will ever see. 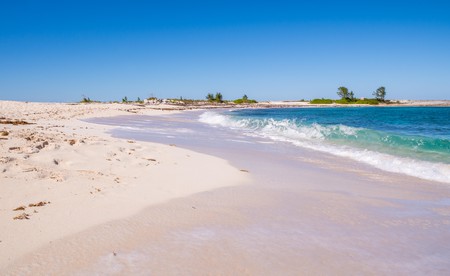 From the tallest point of Terre-de-Haut to the flattest base of Marie-Galante, Iles des Saintes is a secluded and gorgeously preserved little slice of paradise. This small string of islands located 15km south-west of Guadeloupe is teeming with delicious and trendy cafés reminiscent of its past existence as a French colony. For those in search of some locally sourced delights, try the sirop de batterie, a mixed drink that combines sugar-cane syrup, rum and lime. 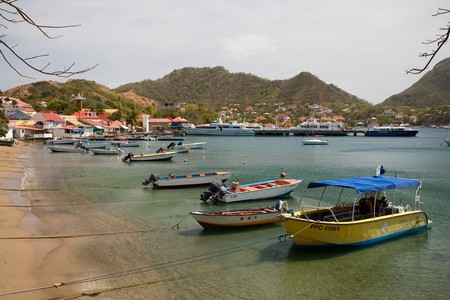 One of the most popular new equestrian activities in Jamaica is swimming. On specific resorts on the island, such as Half Moon, guests can enjoy rides through the beautiful Caribbean sea on well-trained thoroughbreds. 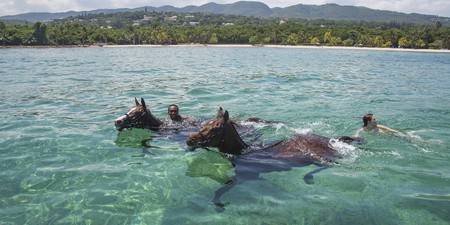 Saint Martin and Sint Maarten are famous for their skilled chefs and fine cuisine, attracting food connoisseurs from around the world to sample the French and Creole cooking popular on the island. Many of the restaurants, which range from inexpensive to trés cher, combine the best of both. Fresh seafood appears on virtually all menus, sometimes prepared in Creole style with spices, sometimes in the classic French manner with herbs. Local rum drinks often precede a meal and fine French wines provide the perfect accompaniment. 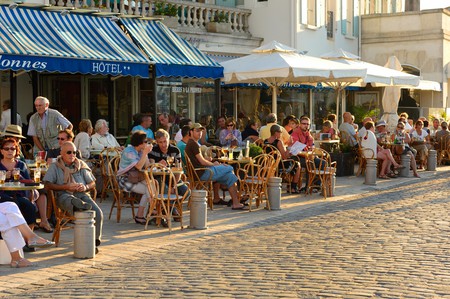 Barbados is a surfer’s paradise

The island of Barbados has the Caribbean’s most consistent surf conditions. As Barbados is a coral island, a coral reef stretches all around the coastline, providing unlimited surfing opportunities. The east coast of the island, especially Bathsheba and its famous ‘Soup Bowl’, is ideal for more experienced surfers. The west and south coasts offer great conditions for those learning to surf and for less-experienced surfers. 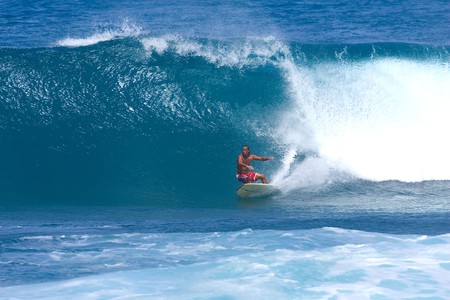 Belize’s natural beauty rivals some of the world’s most sought-after playgrounds and offers glorious beaches on the shores of the sparkling Caribbean sea. Lush jungles with Mayan ruins coupled with pristine beaches and caves provide endless exploration opportunities in Belize. The Belize Barrier Reef is the second largest coral reef system in the world after the Great Barrier Reef in Australia. It is Belize’s top tourist destination, popular for scuba diving and snorkelling and attracting almost half of its 260,000 visitors. 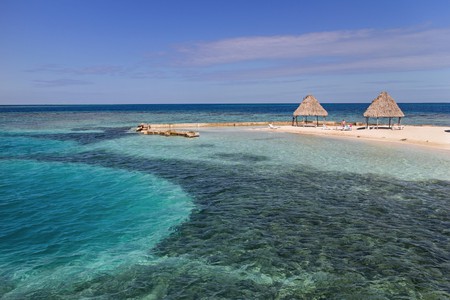 Cuba, especially the beautifully preserved 16th-century town of Old Havana, is one of the most unique destinations in the world, thanks to its architecture, 1950s vehicles, and legendary cultural experiences. Most visitors to this fascinating island like to split their time between bustling Havana, learning about the heritage, and the shores of Varadero for a relaxing, sun-and-rum-soaked end to their holiday. 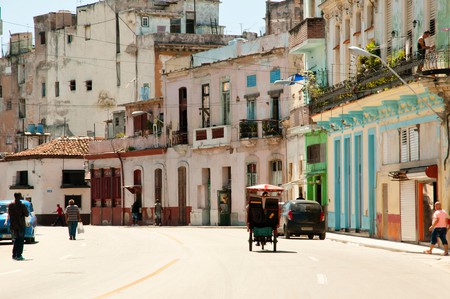 Thanks to the third largest coral system in the world, Turks and Caicos has beautiful, clean beaches. The water is a magnificent turquoise hue with soft white sand that often leaves visitors in awe. Grace Bay Beach in Providenciales is the most well-known beach and home to many of the most luxurious hotels. 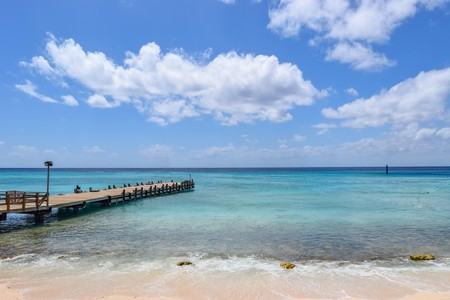 View of the ocean from a beach in Turks and Caicos. | © Debbie Ann Powell / Alamy Stock Photo

The Baths of Virgin Gorda

The volcanic archipelago that makes up the British Virgin Islands are a a treat to visit. Colourful reefs and beautiful beaches make this a popular yachting destination, but it’s on the shores where you’ll find the Baths, a collection of insta-worthy beachside boulder caves, in the Devil’s Bay National Park. We’d also recommend heading north of the island to Nail Bay, an exclusive stretch of pristine beach, home to luxurious resorts and our favourite restaurant on the island – Sugarcane. What better way to end a day of exploring than with a burger, cocktails and a dip in the restaurant’s pool? 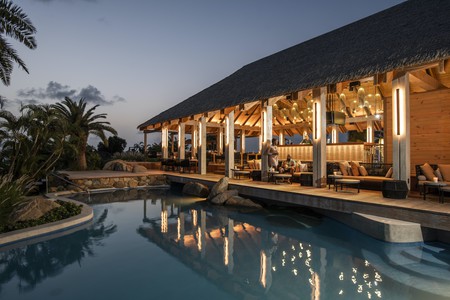 What better way to end a day of exploring than with a dip in the Sugarcane’s pool? | Courtesy of Sugarcane
Give us feedback