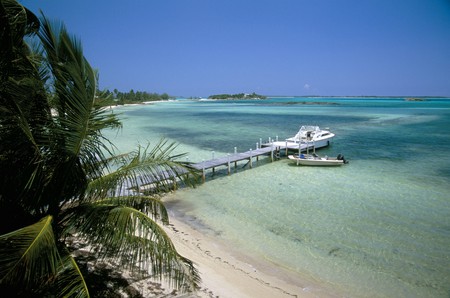 Even in a year where Pepsi, United Airlines, and Donald Trump have made headlines for doing their worst, 2017’s biggest fail currently goes to Fyre Festival, the advertised luxury music festival set in the Bahamas that erupted into chaos over the weekend.

Unsurprisingly, a class action lawsuit has been filed against the festival’s organizers, Ja Rule and Billy McFarland, by celebrity trial lawyer Mark Geragos on behalf of plaintiff Daniel Jung, who is “seeking $5 million in damages for alleged fraud, breach of contract, breach of covenant of good faith and negligent misrepresentation.”

As reported by Variety:

McFarland and Ja Rule took to the festival’s website to give their side of the story, claiming that things got out of control after the event campaign went viral and they realized the island wasn’t capable of supporting the hopeful attendees.

Despite all rational conclusions that could be made in the wake of this fiasco, Fyre will be returning for a sophomore attempt in 2018, this time to take place at a beach location in the United States. Ja Rule and McFarland will be fully refunding everyone who bought tickets, and they’ve offered all guests free VIP passes to next year’s festival.

In other Fyre Festival news, the Bahamian government has placed the event location on lockdown, and Seth Rogen and comedy musical trio The Lonely Island tweeted out that they are currently working on a film about a music festival that goes “HORRIBLY WRONG,” and that they are thinking about joining in suing the festival’s organizers for “stealing our idea.”

This seems like a good time to mention the movie we are making with @thelonelyisland about a music festival that goes HORRIBLY WRONG.

For real, thinking about suing #FyreFestival for stealing our idea. https://t.co/uiLxhzLg85