A Caribbean Cricket Adventure: How to Do Antigua in Four Days 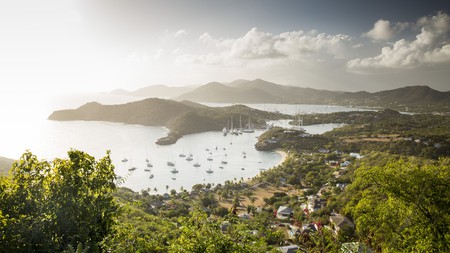 Visit the Sir Vivian Richards Stadium, see the ruins of the Recreation Ground and explore the non-cricketing delights of Antigua on this jaffa four-day trip.

‘Weh yuh ah seh?’ – an Antiguan welcome to a tropical island with 365 beaches, one for each day of the year. Except on this trip you’ll only have four days to sink your teeth into an island packed with Caribbean flavour. From a tour of the capital St John’s to a glimpse into its colonial past at Fort James, every corner of the island – referred to by locals as Wadadli – will be covered. And, of course, you can’t mention Antigua without talking West Indies cricket. Whether you’re a fan or not, you’re sure to be inspired by the sport that galvanises an entire island.

The Verandah Resort and Spa 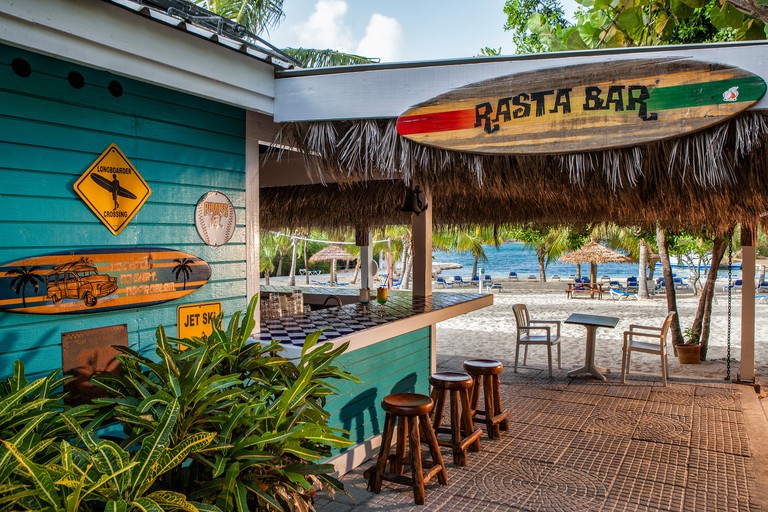 For a chilled afternoon, pull up at a stall at the Rasta Bar | Courtesy of The Verandah Resort and Spa
The Verandah Resort and Spa is one of the best resorts on the island. The 12ha (30-acre) complex has two pools, two private beaches with watersports and several bars, restaurants and cafes – visit the Rasta Bar for the jerk chicken wrap. The rooms are massive and each has a bay-view balcony. A massage at the spa will make you feel sensations you’ve never felt before, while the nippy catamarans let you sail into the protected bay. What makes this place special, though, is the staff, who can’t do enough for guests. It all stems from manager Chris who welcomes everyone with his warm Antiguan charm.

Flying into this archipelago between the Americas, you get a sense of what Christopher Columbus must have felt arriving by ship in 1493. Antigua is a tropical paradise of lush greenery with a jagged, zig-zag skyline of mountains. As you drive through villages of multi-coloured wooden huts on stilts, listening to Bob Marley blasting out the radio, you spot cattle and goats mindlessly roaming the roads. The smell of jerk bbq lingers as you pass Pentecostal churches made of corrugated steel and roadside stalls selling exotic fruits such as black pineapple – only found in Antigua – all while wafts of Caribbean heat kiss your skin. A cool breeze prevents the year-round factor-50 sun from becoming overbearing. Once at the Verandah Resort, put your travels behind you with rum punch and a hearty bowl of the national dish, fungee and salt fish. 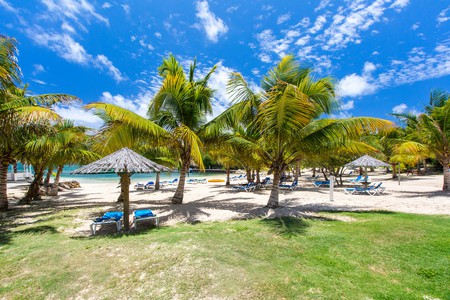 After a good night’s sleep, feeling a throb in your head from last night’s rum, there’s no better way to start than with a fresh coffee, opening the sliding doors to sit on the porch overlooking Dian Bay. Watch the sun rise above the palm tree horizon, hearing nothing but a chorus of birds and the faint sound of lapping waves. Curious bananaquits, tiny yellow-chested birds, known as sugar birds by locals, greet you on the canopy, while much larger, prehistoric-looking pelicans soar gracefully in the morning haze. You may even spot a heron sitting on a far-off rock, flapping its wings to shake off the morning cobwebs. Sitting in the morning Caribbean heat is when that holiday-feeling well and truly kicks in. 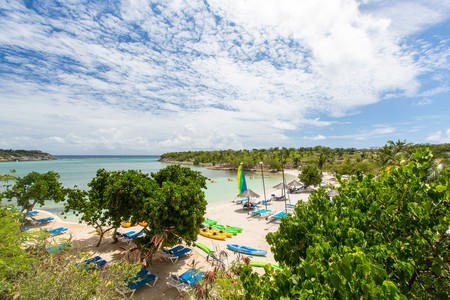 Saunter over for a buffet where every breakfast item imaginable is waiting to be loaded on to your plate, including omelettes made in front of you. Then spend the rest of the morning at the resort’s private beach, ideally while relaxing on a sun lounger with a cold pineapple juice from the beach bar. You’ll need your energy for the afternoon activities, so take it easy. If you’re feeling more adventurous, there are watersports available, including a catamaran sailing boat, paddleboards, kayaks and pedalos. Or take a dip in the warm water. The novelty of seeing the sea bed through the clear waters never wears off. 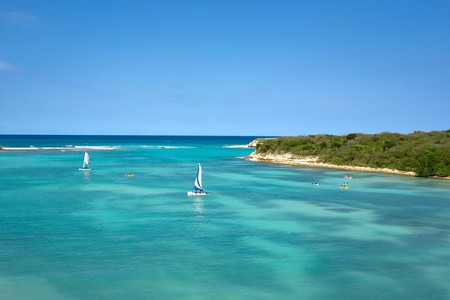 If you’re feeling active, explore the tropical waters on a sailing boat | © The Verandah Resort & Spa

After a good innings on the beach, it’s time to indulge in the local cricket culture. A 20-minute taxi journey takes you to the Sir Vivian Richards Stadium, named after arguably the best batsman of all time. Even if you’re not a huge cricket fan, it’s impossible not to be inspired by the statue of Sir Viv outside the stadium. Also check out the colourful murals in the lobby of the Four Knights – Sir Andy Roberts, Sir Curtly Ambrose, Sir Richie Richardson and Sir Viv, all hailed like Maradona is in Argentina. They were the founding fathers of the sport in Antigua and inspired a generation. While you’re here, walk up to the fielding circle and into the modern stands. 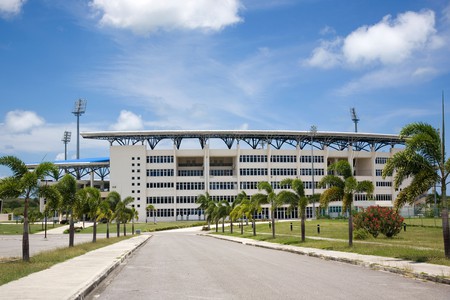 For an entirely different cricket experience, drive 10-minutes to the Recreation Ground, which is like a museum of the West Indies glory days. It was here they beat England 5-0 in 1986, and where Brian Lara set the record for the highest individual test innings, scoring 400 not out in 2004 against the same opponent.

When you visit, you’ll have to use your imagination. After the construction of the Sir Vivian Richards Stadium, which replaced it as the national stadium, The Rec (as it’s known by locals) is now run down and more a relic than a sports field, but fascinating all the same.

All cricketed out? The capital of Antigua is only a 10-minute walk away. St John’s, which feels more like a colourful wooden town laden with palm trees, is overshadowed by the enormous cruise ships moored at the harbour. But it’s impossible not to be overcome with Caribbean fever as you wander the narrow, primary-coloured alleys, soundtracked by a symphony of steel pans in the 30C (86F) heat. An ice-cold Wadadli beer under the green-and-white-striped canopy at Hemingway’s restaurant is the best way to cool down and enjoy watching the city commotion. Locals say the best time of year to visit St John’s is from 24 July to 5 August. That’s when carnival runs, a joyous occasion in which the streets are lined with parties of brightly dressed people drinking rum and smoking ganja. 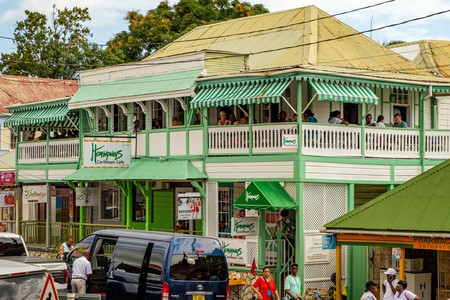 To see a different side of Antigua, jump straight into the action with a kayaking experience at South Coast Horizons. Under the watchful eye of Mount Obama, the tallest peak on the island, paddle through mangroves that twist upwards, arching above to create a tunnel through the dense rainforest. The corridor of enchanting trees leads to the open ocean, from where you can see the hazy outline of Montserrat, the island on which a volcano erupted in 1997 burying its capital and forcing half the population to evacuate. On rainy days, you can see smoke rising from the peak from Antigua. Ground the kayak on a secluded beach and follow the guide up Goat Hill, where blue crabs scuttle between trees and postbox-sized cacti are seen all the way up. Although the panoramic views from the top are breathtaking, the real prize is the freezing rum punch the guides have waiting for you at the bottom of the hill. 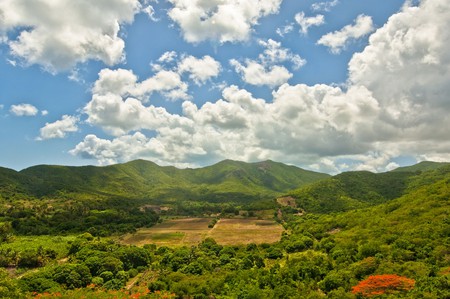 All that kayaking is hungry work. Turners Beach Bar and Grill, a stylish white-wood restaurant that could be a desktop screensaver, does a great goat curry that fills the gap nicely. Post-meal, sink into the memory-foam-mattress sand and it’ll feel like time and space has frozen. It’s a captivating cocktail of being carefree and wondering ‘what next?’.

After, drive through the rainforest past mango and coconut trees and heavily guarded cannabis fields to get to the Coolidge Cricket Ground for a test match. Matches are regularly held here and are more of a party than a conventional quiet game. Thumping Caribbean dance music is blasted from the speakers during intervals as beer and barbecue food is consumed en masse. Either lie on the grass in the sun or under the shelter of the stands. Sir Andy Roberts is often seen sitting in the crowd – despite their legendary status on the island, the Four Knights are fully integrated in Antiguan society.

Swap bats for rods on a deep-sea fishing experience with Sugar Island Tours. Captain Jason takes you out on his boat from the opulent Jolly Harbour on the west coast, where there are waterside penthouses costing up to $6m. Once you’re out of the harbour, the MTV cribs are quickly forgotten. He takes you so far out that Antigua becomes a clump on the horizon, surrounded by blue. It’s amazing how beautiful nothing can be. The fishing expert shows you exactly how to do it and, before long, the crate fills with snappers, porgys, marlins and, if you’re lucky, barracuda. In between catches, you’re topped up with, you guessed it, rum punch. Except no ordinary rum punch. Jason claims to make the best punch on the island and keeps his recipe secret. 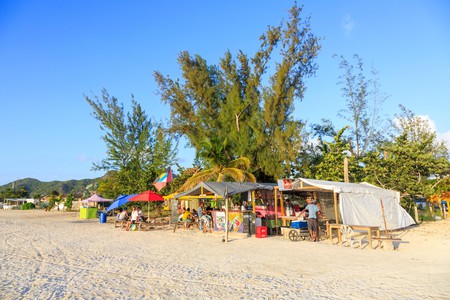 After returning to Jolly Harbour, enjoy a post-excursion drink at a beach bar | © Graham Prentice / Alamy

Step, or should I say cycle, back in time with an ebike tour to Fort James with BestoEPV. The best part is you don’t even have to pedal, just let the motorised bike do the work. The guide takes you on a scenic tour past – and suitably distanced from – poisonous trees that will blister your skin if you stand underneath them in the rain. Then on to Fort James, where much of the original fort, used to defend the island against French invasion, is still intact and provides stunning views over the ocean and across to the capital. Construction started in 1706 and the original canons still stand, pointing intimidatingly, yet uselessly, out to sea. 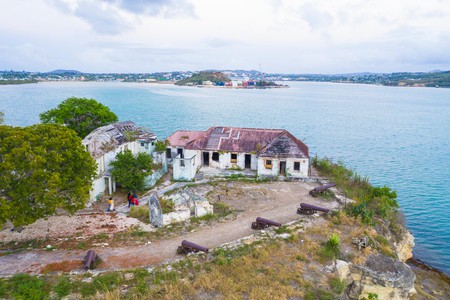