Your Guide to Vietnamese Gestures 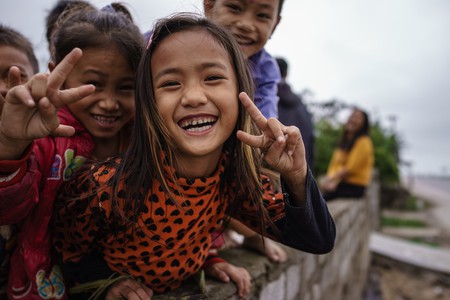 When it comes to body language, not everything is universal. What might pass as a friendly gesture to friends at home could be very offensive in a foreign land. But don’t worry, we’re here to help. Here’s your guide to the gestures to use in Vietnam — and the ones to avoid.

This one is so useful that we even catch ourselves doing it when we’re not in Vietnam. Some people say it looks like the person is unscrewing a light bulb, but with loose fingers. Bring one of your hands up like you’re making an exaggerated show of confusion and then wiggle it around. It means either “no,” “I don’t know” or “I don’t understand.”

If you’re in a touristy area, there’s a good chance that at least one taxi driver has his or her eye on you. Hold your hand up high and flap your hand like it’s a little birdie wing. This one also doubles for calling servers in a restaurant, but a hearty “Em ơi!” usually works better. 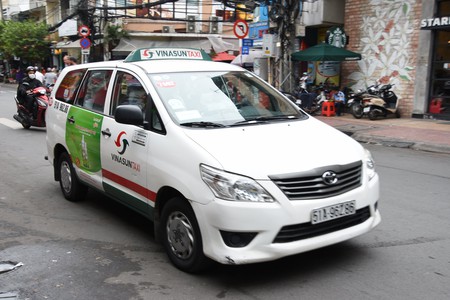 No touching of the head

While people most likely avoid touching adults’ heads anyway, many of them rub children’s heads to be playful. In Vietnamese culture, as with other Asian cultures, the head is sacred — so don’t ruffle anyone’s hair.

Point with your pinky finger

Similar to many places, it’s rude to point with your index finger in Vietnam. To be polite, use your pinky finger when you want to point to something. Pointing with an open hand, palm facing down, is even more polite, but it’s a bit overboard for most situations. 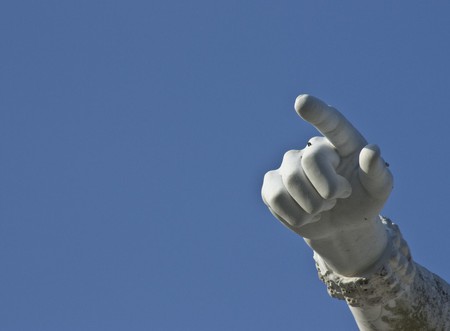 In the West, people cross their fingers when they’re hoping for good luck. In Vietnam, however, crossed fingers are insulting. There are horror stories about foreign speakers doing this gesture in front of esteemed crowds in Vietnam. Why is it insulting? Well, overlapping fingers look a bit like a vagina. It’s not that it’s specifically women’s reproductive organs that are insulting, as all sexual organs are taboo and vulgar in Vietnam. Read up on swearing in Vietnamese if you need more examples.

Palm down when you call someone over

The usual gesture to call people over — open hand, palm up — is considered rude in Vietnam. It’s how people call for dogs here. To show respect, point your palm face down instead. And you also shouldn’t call someone over when they’re older than you.

This one isn’t really a gesture, but you should still know about it. Similar to some people’s response to uncomfortable situations in Western cultures, when Vietnamese people get nervous — and especially younger people — they may start laughing. It’s part of the saving face culture, where they don’t want to embarrass themselves by admitting that they either don’t know the answer or have no idea what you want. If somebody just keeps laughing when you’re trying to speak to them, they may not know how to help you. 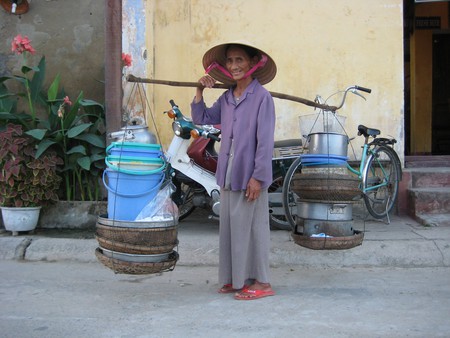 No pats on the back

It isn’t always rude to pat somebody on the back, but it is if you aren’t close friends with the person. This is a gesture of familiarity, which, if you haven’t earned the person’s trust and/or respect, shows that you already think too much of your relationship. They’ll think you don’t respect them — a bad first impression in Vietnam.

Now to the dreaded handshake. Like Vietnamese pronouns, this one depends on the person. As a general rule, Vietnamese women don’t shake hands. They will with foreigners, however, because they know it’s customary. To play it safe, let them initiate the handshake. Vietnamese men are more eager to shake hands, but they often hesitate to shake hands with a foreign woman — especially if the man is much older. Also, no kisses on the cheeks, no fist bumps and definitely no hugs. Some of the funniest social encounters you’ll ever see are when foreigners try to hug to say hello in Vietnam. It’s a bundle of cringe.