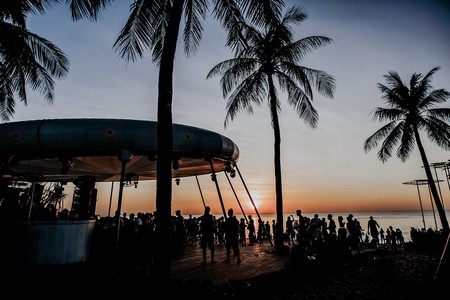 The sun sets on another day at Epizode Festival on Phu Quoc island. The event is held at the end of every year on the biggest island in Vietnam. | © EpizodePressOffice

Phú Quốc is the largest island in Vietnam, famed for its sandy beaches, fishing and agriculture. It also hosts a huge dance-music festival at the end of every year which attracts some of the highest-profile DJs and artists in the world. Culture Trip speaks to some of the musicians heading out for Epizode Festival to find out why the island has become the ultimate destination to ring in the New Year.

“It’s the perfect place to go at the end of the year, to escape the dark and cold weather of Europe,” says award-winning Swiss-Chilean DJ, Luciano. “It’s a paradise to play on a white sand beach, looking at the sun and surrounded by beautiful people. Warm and sweet sensations.”

As well as the ocean views, music and stunning sunsets, Epizode also boasts a series of art installations which come highly recommended by Luciano. 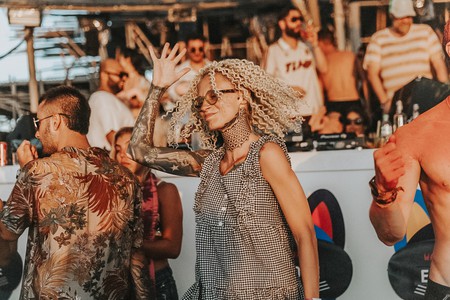 As well as the 11 day music festival, Epizode also turns the island of Phú Quốc into an art-lovers paradise | © EpizodePressOffice

Another Europe-based DJ, DeWalta, highlights why travellers and music-lovers are heading to Vietnam at this time of year. “The event has grown as a perfect destination festival, so it’s sure to attract many people from all over the world. South-East Asia in general is a very attractive place to host festivals, given its booming tourism, fairly affordable flights, great weather and warm people. I for one cannot wait to get out there in December,” the German musician tells Culture Trip.

Many attendees to the festival have now made it an annual tradition. The same goes for a number of the DJs too, with the trend for ‘destination festivals’ growing at a rapid pace. 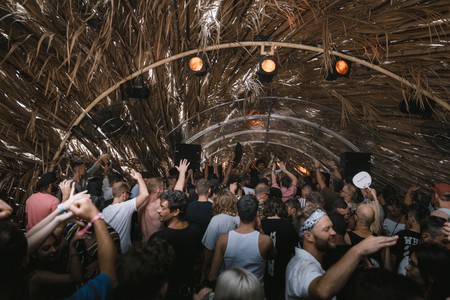 Local artist Binh explains why the festival has a special place in his heart, and what to try from a Vietnamese perspective. “For me, it’s particularly special as I come from a Vietnamese family: I love eating all the specialities they cooked during this period. If I had to pick a favourite, I’d say it’s probably the most famous (and commercial) one: the pho!”

Epizode has been running for a few years now, with the first edition held at the end of 2016. “I’m lucky enough to have been playing Epizode since its first year so I’ve really seen its growth. I remember that first time they didn’t invite any big names and the festival in general was smaller. I like the way it has evolved naturally, and the location is just beautiful,” Binh adds. 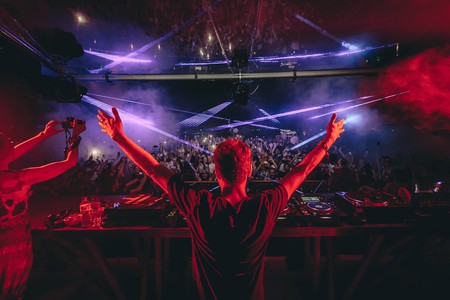 Other destination festivals include Les Dunes in Tunisia, MOGA in Morocco, and the brand new E Komo Mai scheduled for 2020 in Hawaii. All of these locations offer something unique, with Apollonia explaining why Epizode is an event he can’t miss.

“We played a sunrise set right in front of the sea and, honestly, we enjoyed it so much we decided that we’d like to try and stay longer this time because last year we had to leave soon afterwards to fly to Tulum in Mexico [for another festival]. What makes Epizode special is that the location is just stunning, right on the beach next to the sea. The weather and sound system make it great, and we really loved the art installations too; it’s clear a lot of love went into making them.” 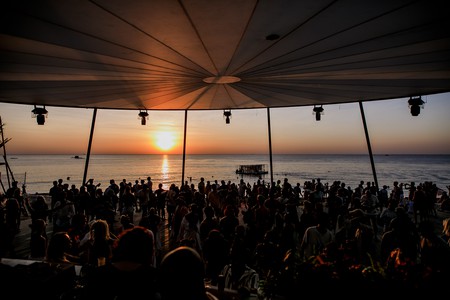 The setting of Epizode is one of the big attractions for the artists performing at the event, and one of the main reasons Apollonia is returning after a spectacular set last year | © EpizodePressOffice

The annual event runs for 11 days over the New Year period and offers visitors a chance to see a popular tourist destination in a completely different light… no doubt helped by a cracking soundtrack, too!