Street Food Eats Away at Fast-Food Competition in Vietnam 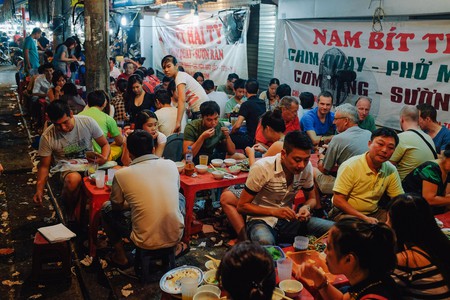 The opportunity to experience many great and new things for the first time is one of the primary reasons why many people decide to travel in the first place. From new cultures, new horizons and new foods, there really is a world out there just waiting to be discovered. Indeed, when trying new and delicious foods for the first time, it’s not unusual to question why anyone would choose to eat fast food ever again – and that’s precisely what’s happening throughout Vietnam.

Despite Vietnam’s harsh rejection of capitalism and pursuit of a communist ideology – a key factor in the America-Vietnam war – there’s still an abundance of foreign fast-food chains in Vietnam’s larger cities, with world-recognisable brands such as McDonald’s and Burger King occupying prime retail spots on the streets and inside shopping malls. Though despite their strong performances throughout Europe and North America, these chains aren’t quite enjoying the same success here in Vietnam. Despite Burger King’s $40m investment, a lack of interest and customers has seen shop closures and the business falling well-short of its target of opening 60 restaurants, with only 15 open at present throughout Vietnam. 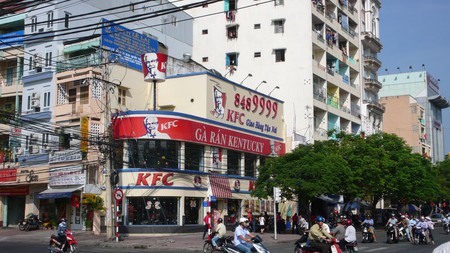 Burger King isn’t alone in its failings. Despite initial successes, global powerhouse McDonald’s has seen interest wane and too fell well short of its projections, and Subway has only six restaurants open at present – and all of them in Ho Chi Minh City. It’s an anomaly; these chains have grown from strength to strength in other Asian states such as China, the Philippines and Malaysia – why not Vietnam?

On the other hand, street food is growing in popularity with tourists and locals alike, as cities seek to embrace their culture and heritage. Saigon has recently announced plans to open its first designated street food street zone, where 40 vendors at a time will offer either breakfast from 6–9 am, or lunch from 11 am–2 pm. Businesses are permitted to open for either the morning or afternoon shift – and must clean it for those coming to use the spot after them – and are authorised to sell either food or drinks, encouraging customers to visit more than one stall; they’ll be more than happy to do so. The launching of such an initiative is representative of the fact that Western fast-food choices just don’t have the pull or appeal of local food, and for plenty of reasons.

Street food is simply more palatable to the tastes of the locals in Vietnam. Dense meals such as hamburgers are streets apart from lighter, fragrant and versatile traditional Vietnamese dishes such as pho and will inevitably cost several times the price of them too.

Though similar in nature, a Vietnamese person will always choose a banh mi over a Subway sandwich; not only is it more flavourful and familiar but it is also likely to be made just down the road from them. Likewise, the Vietnamese people won’t be swayed by promises of Arabica coffee from foreign chains – they’ve grown to love their robusta blends and are unlikely to change their morning routines any time soon.

Traditional street food dishes are the foods that the Vietnamese have grown up with; there’s a nostalgic quality to them as well as a superior taste and the opportunity to support local people. In contrast, fast-food joints offer food that’s not typical to the diets of the Vietnamese, and so it was always going to be a stretch to expect them to change decades of taste preferences and nationalistic loyalty to their foods just because of store expansions and a new marketing strategy. Whilst they might have conformed to the taste buds of the Vietnamese by offering rice-based dishes, it’s still likely to be a less attractive, less convenient and more expensive option than what they’re used to. 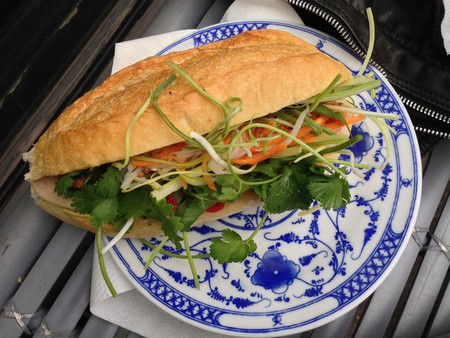 Banh mi - familiar, fresh and affordable | © cyclonebill/Flickr
Give us feedback