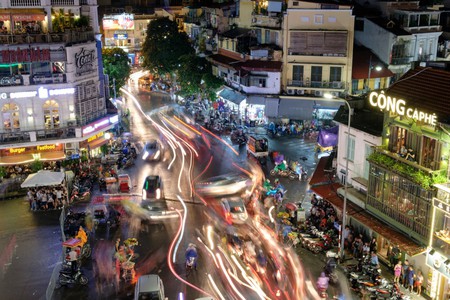 In Vietnam, as foreign investment continues to pour in, the economy has seen sustained growth of over 6% annually. Economists predict that blistering pace will only increase through 2018 with some suggesting the nation may eventually join Singapore, South Korea, Hong Kong, and Taiwan as the fifth Asian Tiger. As a foreigner living in the economic epicenter of Ho Chi Minh City, the progress is fascinating.

Each and every district of Ho Chi Minh City is undergoing some sort of development or alteration, yet it’s the staggering speed with which these changes wash over the city that’s most impressive. This is not the type of place that stumbles under the weight of permits or watches the world change as it’s stuck behind miles of red tape. In Vietnam, and Ho Chi Minh in particular, buildings climb through the smog at astounding speed.

Sparkling new districts are planned, ostentatious drawings of future skylines have been revealed, and construction of the long sought after metro has finally commenced. Around every corner, down every alley, across every bridge, glass towers or luxury apartment complexes, backed by Korean or Japanese investors, break ground. Some have failed and stalled, yet each week even more foundations are dug. With such bold projects underway, there’s no doubt the city will lose some of its past, yet these were conscious choices made by higher ups to return Saigon to its former standing as the Pearl of the Orient.

As an outsider, Vietnam seems to be a place constantly reinventing itself. The sooner you accept change the better off you’ll be. What was there one day may be gone the next. 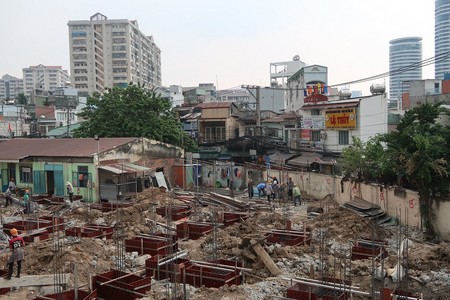 Growth of the middle class

As the nation’s GDP has climbed steadily upward the middle class has grown as well. Poverty levels, which reached heights of over 60% as recently as the 1990s, have plunged to record lows, a mere 13% by some studies today. While poverty certainly still exists, those who are affected most are the ethnic minorities in outlying mountain regions of the country.

In Vietnam’s frenzied cities the population largely consists of the working middle class. Since the capitalist reform policies of the late 80s, these cities have exploded in size—the nation is becoming more urbanized at a rate of over 3% a year. A growing economy means growing metro regions.

What it also means is that urban sprawl is in full affect. The nation’s metropolises stretch as far as the eye can see. For a foreigner the sheer size can be shocking, the pace can be overwhelming and the action unyielding. Yet, if you step back and take it all in, the totality of things can be spellbinding. Everyone is competing for your money and everything is for sale. Closing time is more often than not whenever you decide to leave. Ho Chi Minh’s best market is the street. It’s where the palpable energy of a booming metropolis boils over. 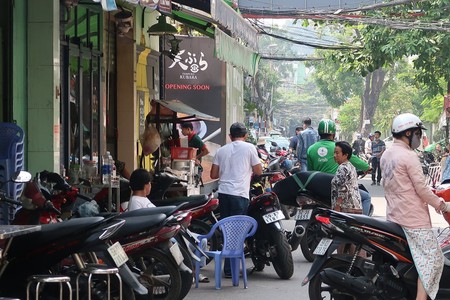 Vietnam's Cities are growing by the day | Sam Roth

Lack of regulation and over-construction

Ironically, in a communist nation, unregulated capitalism roams free. Restaurants open up and store fronts change in the blink of an eye. Outside of city centers it seems that the only regulating body may be the nearest collection of neighbors.

While this lawless, self-governing society is captivating to view as an outsider, there is no doubt that it also has its downsides. Congestion and pollution often consume the nation’s largest cities. In Saigon there are now estimated to be more than 10,000,000 motor bikes. Smog can get so thick that the most impressive construction projects, notably Landmark 81 which will be Southeast Asia’s tallest tower, disappear into the gray sky.

Once green coastlines now lay littered with gaudy half built resorts. The nation’s most popular island, Phu Quoc, is in a constant state of development. Even pristine national parks, such as Phong Nha Ke Bang, risk being overrun as more ambitious construction projects are undertaken. 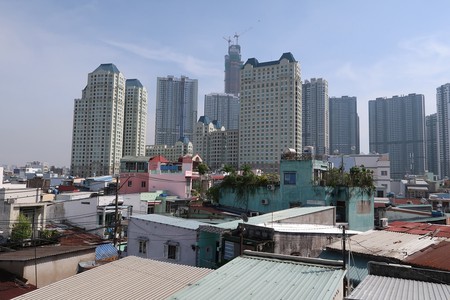 English as a tool

The Vietnamese government has mandated that all students leaving school by 2020 have a basic grasp of the English language. Parents, hoping their children will live better than they have, are sending their kids to tutors and English language centers as soon as they get home from class. All along this narrow stretch of land, as the economy continues to prosper, English is big business.

The expat communities are full of teachers, tutors and mentors. The most common ponchos are speeding advertisements for language centers like VUS or ILA. High school kids flock to the tourist districts of Nguyen Hue in HCMC or the Old Quarter in Hanoi every night with the hopes of finding a westerner to chat with. At times it can be difficult to try to practice Vietnamese because the locals only want to speak English. There is an unspoken, yet unmistakable realization reverberating through the nation’s concrete forests that the ability to communicate in English can only mean a better way forward. 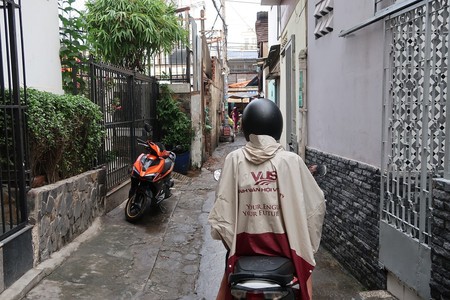 VUS Poncho's are everywhere | Sam Roth
Give us feedback