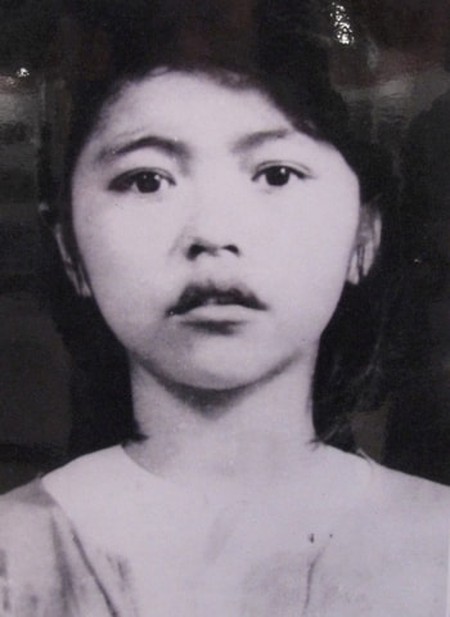 In the early hours of March 13th 1952, a schoolgirl’s soft singing voice echoed throughout a prison encampment in southern Vietnam. The voice was of a 19-year-old girl who had been tried and convicted for her involvement in the Vietnamese resistance against French colonialism. Moments later, her song was silenced by the sound of rapid gunfire. This is the story of Vo Thi Sau, a Vietnamese heroine and martyr.

Vo Thi Sau was born in what is now Ba Ria- Vung Tau province, just southeast of Saigon, in 1933. She was in her early teenage years when Ho Chi Minh declared independence against the French in 1945. A few years later, when many of her friends and family began fighting for Vietnam’s freedom with the Viet Minh, she became a contact for the guerilla fighters. She was just starting high school when she started her career as a revolutionary.

Vo Thi Sau has become a legend in Vietnamese history for her fierce dedication to the Viet Minh. After approximately two years as a contact for the guerillas and resistance fighters, Vo Thi Sau launched her first attack upon French soldiers. At the age of 14, she threw a grenade in a busy market that killed one soldier and injured 12 others. She escaped unnoticed and planned a second attack. At 16, she again threw a grenade in an attempt to kill a Vietnamese man responsible for executing guerilla fighters. The grenade did not explode, and she was subsequently apprehended by French authorities. 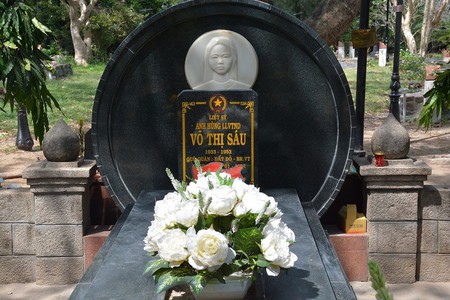 Vo Thi Sau's grave lies near to the prison where she was executed. | Paul Arps

Vo Thi Sau was tried and convicted for her two attacks, as well as for being a guerilla fighter. She was transferred to the Con Son prison for political prisoners in an archipelago in south Vietnam, where she is rumored to have frightened the soldiers with her wide, intense eyes. The French executed her by firing squad in 1952 at the age of 19; she had refused to be blindfolded before her death, looking into their eyes and singing until the end. 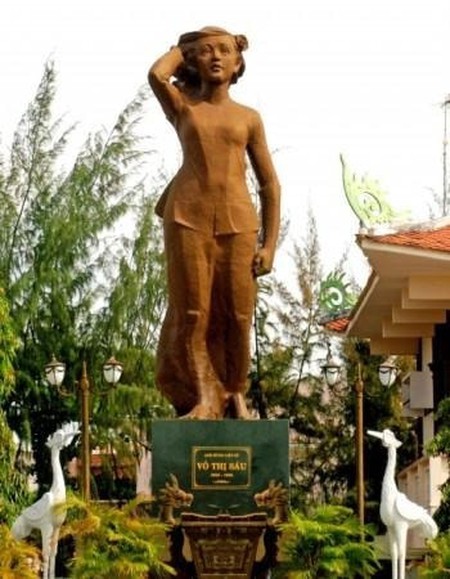 Vo Thi Sau was the first woman to be executed at Con Son (also called Con Dao) prison, which was built by the French for political prisoners. Many resistance fighters were imprisoned and tortured at Con Son prison. During the Vietnam War, it became known for its horrific use of “tiger cages” – small concrete pits with bars on the ceiling above. While paying homage to Vo Thi Sau’s grave in the nearby cemetery, you can also tour the prison that is complete with eerie, human-sized dolls reenacting some of the horrors various Vietnamese political prisoners endured during its operation. 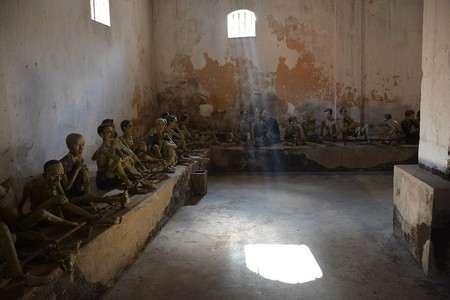 A tour of Con Son prison is made even more harrowing by the installation of human-sized dolls. | Paul Arps

Today, Vo Thi Sau has amassed a cult-like following of devotees. She is revered by millions of Vietnamese who see her as a fierce protectorate of Vietnam’s freedom and an example of pride for Vietnamese youth. Her altar in Hang Duong Cemetary on Con Son island is now a popular tourist destination and is constantly adorned with fresh flowers and the fragrance of burning incense.