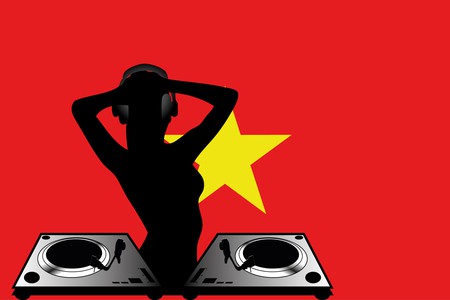 Are those decks even plugged in? | © Paul Stringer/Shutterstock

You can feel the bass from a block away. It vibrates deep into your soul and shakes you at the very molecular level – a high tempo assault of relentless intensity. There are no breaks. Hour after hour of climaxing beats and intense drops. This is Vina House: Vietnam’s dance music.

Get ready to party

Vina House is a continuous stream of high energy beats, mixed with an attitude that’s as urban as it is brash – the swagger music of modern Vietnam. Like others around the world, young Vietnamese who grew up with the internet loved the inherent populism of EDM – electronic dance music – where anyone with a computer could make their own music. Starting in the late 90s, Vietnamese musicians began taking popular songs and modifying them to have a simple and fast beat – up to 140 beats per minute. Many songs featured hooks from famous musicians from various genres, taken for their melodies and injected with a heavy dose of speed. 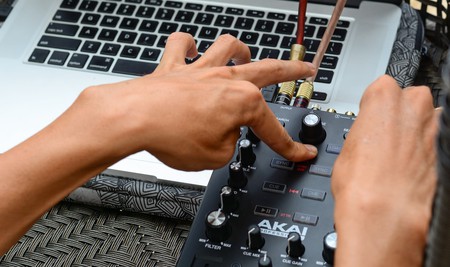 The soundtrack of Vietnam

For most foreigners, their introduction to Vina House comes at a beer club, those gaudy vomit factories that mostly attract heavy drinkers in their early twenties. They’re where young people go to have their conversations drowned out by music that’s as loud as a jet engine, often played by a DJ in a bikini. There’s nothing to do but drink tower after tower of cheap beer, riding the endless musical climaxes until you stagger home.

But Vina House has many facets, and not all of them involve drinking to excess. You also hear it in cafes and restaurants, especially where the staff are young. Vina House has pretty well become the muzak of Vietnam, but unlike its quieter relative in the West, Vina House roars along in top gear. There are no lulls in Vina House – no breaks for the poor speakers, which are always on the verge of exploding. 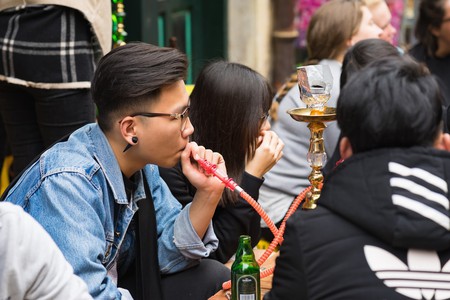 The King of Vina House

The most famous Vina House DJ is Hoang Anh, who was selected by Tiesto as the first winner of the Heineken DJ Contest in 2004. Often referred to as the King of Vina House, DJ Hoang Anh has represented Vietnam in contests throughout Asia. He has said that the life of a DJ in Vietnam isn’t an easy one, because up-and-comers must spend years building up contacts and a reputation worthy of playing the best clubs. He was a trailblazer for many big names to follow, including DJ Jun, DJ Tiến Anh, DJ Phuc Nelly and so many more.