Vietnam's Mekong Delta Could Disappear in Less Than a Century 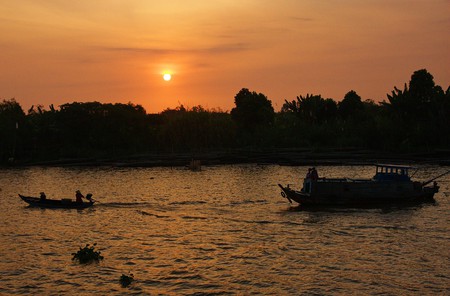 The inhabitants of Vietnam’s beloved Mekong Delta are facing an environmental catastrophe. Dr. Nguyễn Ngọc Huy, a climate change expert with the Department of Climate Change and Development at Vietnam Japan University, spoke to Culture Trip about the mounting dangers of erosion in the Mekong Delta. 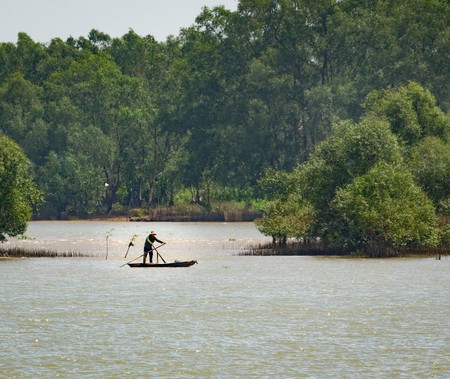 Erosion along the Mekong River

Families living on the Mekong Delta increasingly face the dangers of erosion. In the last few years, entire homes have been pulled into the river as the coastline erodes at a rate of 500 hectares/year.

“Erosion in the Mekong delta is serious because it affects people’s livelihoods and habitats,” Nguyễn told Culture Trip. “Erosion occur[s] unexpectedly, suddenly and it cause[s] huge damage to property.” He explained that the Mekong Delta has 562 erosion areas, amounting to a length of nearly 800 kilometers; of those, 140 areas are at high risk of erosion, with 55 being “particularly dangerous”.

The Delta was formed over time by silt, which is fine sand or clay that is carried downstream by running water and then deposited as sediment. Silt normally reaches the delta as it is carried downstream during the rainy season but the region has been experiencing a severe shortage of silt deposits. Experts believe the primary cause of such dramatic silt reduction is the construction of multiple hydropower dams along the Mekong River. 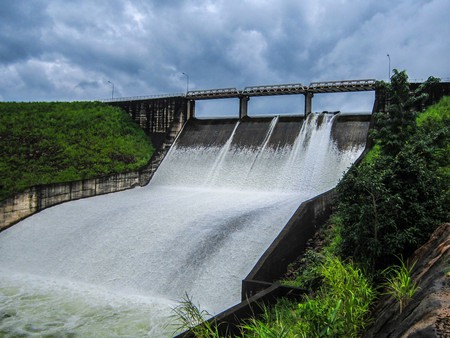 The mighty Mekong extends all the way from southern China to southern Vietnam. China, Laos and Cambodia have already built multiple hydropower dams that operate along the Mekong river and a staggering 19 more dams are planned to be built. The dams not only disrupt fish migration and affect the river’s ecology, but they have drastically reduced the amount of silt flowing into the delta.

The lack of silt contributes to coastal erosion and – perhaps even more frightening – land infertility. Silt replenishes and enriches the Mekong Delta, which currently accounts for 90% of the country’s rice production and 50% of the food supply. Vietnam’s population will eventually be at risk if nutrient-dense silt deposits continue to decrease. Furthermore, as the dams prevent critical floodwaters from irrigating the fields, millions of wells are drying up the groundwater at an alarming rate. In 2016, farmers in the delta saw the worst drought in 100 years. 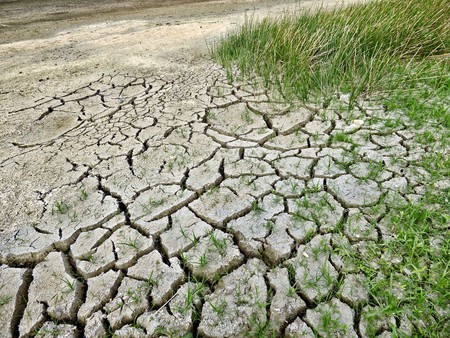 The Mekong Delta is vulnerable to climate change threats such as severe drought. | ©jodylehigh/Pixabay

Nguyễn told Culture Trip that “exploitation of sand in the river” is another contributing factor to the delta’s erosion crisis. Sand is a key component in asphalt and concrete, two materials required to facilitate the construction boom in Vietnam and neighboring countries who import tons of Mekong sand. According to a 2013 French study, 50 million tons of Mekong sand were extracted in 2011 alone.

Sand mining chips away at the already eroding river banks, worsening the risks of erosion and creating a shallower river that then threatens fish populations and the people whose livelihoods depend on local fishing industries. Vietnam’s sand mining industry is largely illegal yet unregulated, prompting officials to crack down on the thousands of desperate Vietnamese plundering the riverbeds without a permit. So much sand has been exploited from the Mekong river that an official from Vietnam’s Ministry of Construction said that current domestic demand for sand could wipe out the country’s reserves by 2020, jeopardizing the country’s economy as well as aggravating erosion in the Delta.

If hydropower dams and sand exploitation continue along the Mekong river, Nguyễn predicts a “dark” scenario for the Delta’s 18 million inhabitants. Prolonged droughts, a lack of fresh water, and a risk of upstream dams discharging water during flood season are just a few of the serious problems Nguyễn believes Delta inhabitants face. The region’s uncertain future is further exacerbated by the fact that most of the land lies a mere two meters above sea level; if sea levels rise a projected one meter by the end of this century due to climate change, the entire region could disappear. Vietnamese state officials are aware of the dangers erosion and climate change are presenting to the Delta but not all of their strategies are effective.

“In the last 10 years, the Government of Vietnam has often introduced measures to protect the embankments [from erosion] with concrete structures,” Nguyễn said. He explained that the concrete structures are expensive and are often not a practical solution to protect land around the river except in heavily populated areas. “State policies are still behind the reality of the impact of climate change.”

International co-operation is desperately needed to halt unsustainable development along the Mekong River and protect the Delta. The region is being sacrificed to provide construction opportunities and hydropower, and unless relentless exploitation is stopped, the future of the Mekong Delta looks very dark indeed.