Vietnam is Banning English Nicknames — But is it Right? 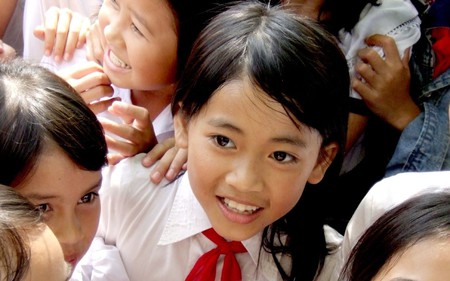 The battle between modernity and tradition has emerged into an odd forum in Vietnam: English nicknames. For the 2017/2018 school year, Ho Chi Minh City’s Ministry of Education and Training has banned the use of English nicknames in all public schools, mandating that students be called by their Vietnamese names. As such, just as Vietnam opens to the West, encouraging global commerce through free market enterprise and a massive focus on English proficiency, it finds itself in a dilemma, caught between a kid named The Rock and a place that’s hard for foreigners to pronounce.

It’s roll-call time in an overcrowded little classroom somewhere in Ho Chi Minh City, a chance for students to get a few laughs when their foreign English teacher stutters through their Vietnamese names, breaking out in laughter as she mistakenly calls a shy girl by the word for ‘stinky’ rather than her similarly pronounced name. Eventually, the teacher asks if someone named ‘Jerry’ is present. With a big grin, a boy shoots his hand up in the air.

Jerry isn’t his real name though; his real name is Đức, which means ‘virtuous’. In Vietnam, names have literal meanings. They’re objects of beauty, such as flowers and animals, or they’re traditional values — things like independence, intelligence, happiness — which parents hope to instill in their children. When Đức found out he could change his name for English class, he chose from his favorite cartoon for inspiration, Tom and Jerry. Now he tells new friends his name is Jerry. It’s his new identity.

It’s exactly this kind of cultural diffusion that scares authorities. The move to ban English nicknames in schools is the latest in the struggle between improving the quality of life for Vietnamese people and maintaining a cohesive national identity. Vietnam is only two generations removed from the cataclysmic American War which ripped apart the land. The prevailing administration, more adept to wartime logistics than governance, had to rebuild an economy in shambles. For years, inflation was rampant, and, thanks to mismanagement and corruption, the economy faltered well into the ’80s. Vietnam was one of the poorest countries in the world.

With the death of Lê Duẩn, the General Secretary, in 1986, reformist elements in the government took over and enacted a policy called Đổi Mới, which stands for ‘renovation’. The state’s stranglehold over foreign trade was broken, and a market-driven economy was formed with the goal of strengthening socialism through economic growth. Without a doubt, Đổi Mới has been a resounding success. Since 1990, the gross domestic product has grown by an average of 6.4% per year, putting Vietnam among the fastest growing economies in the world. The percentage of people living below the poverty line dropped from approximate 60% in 1993, to 13.5% in 2014. Even as the Soviet Union collapsed, and its subsidies went with it, Vietnam grew to stand on its own. 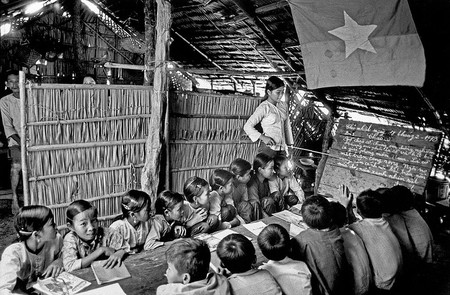 These days, Vietnam has its sights set on the future. Above all, it wants economic growth, and in order to achieve that goal, the government is working to make the economy globally integrated, partnering with nations and companies from around the world. For the millions of Vietnamese getting degrees in tourism, business and engineering, they need to be able to communicate with foreign colleagues. In 2008, the Ministry of Education and Training launched The National Foreign Language 2020 project, mandating that all students graduating from vocational schools, colleges and universities in 2020 must be able to speak a foreign language. The business community speaks English, so Vietnam is learning English.

English classes are now a regular part of life for many Vietnamese. From glitzy language centers, employing highly paid foreigners, to public school classes of more than 50 students taught by a local teacher, every student in Vietnam is learning English to some degree. For most students, including Jerry, their textbooks are filled with lessons about the cultures of English-speaking countries, but the intent was never for foreign cultures to replace Vietnamese culture. The government of Vietnam sees English nicknames as an encroachment on the national identity — an erosion of Vietnamese traditions. 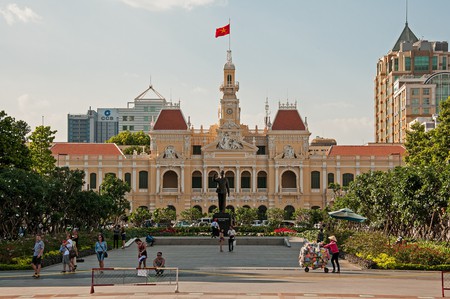 Foreign teachers don’t view their work as intentionally diverting students away from traditional Vietnamese culture. The way they see it, English proficiency means students are joining the global online community. They can listen to American music, watch British television shows and read Australian blogs. Where information used to be censored to fit the state agenda, the internet now allows young Vietnamese to bypass their parents, teachers and even their government.

For a traditional society like Vietnam, this is a tectonic shift in social norms. Jerry can punch his questions into Google and learn about the world in a way his parents and grandparents never could.

Vietnam is a small country, and with so many students eager to learn about what’s happening in the world, it was inevitable that some of the homogeneity of Vietnamese culture would seep out, replaced by a globalized heterogeneity. The latest move to ban English nicknames appears to be a reactionary demarcation — a wall erected to keep economic goals separate from social norms and traditions. In all likelihood, it will do nothing to stop young Vietnamese from adopting a more globalized culture. Bureaucracies have a hard time keeping up in the modern world.

The government wants to flood the land with foreign water to spur new growth, but it doesn’t want the farmers to forget the names and stories of those who came before them. This is the dilemma of modern Vietnam. As for Jerry, he’ll have to go back to being Đức at public school — or ‘duck’, as his foreign teacher often mispronounces his name.